The brand's founder Stacey Bendet was in town to fete the 1,500-square-foot unit in Harbour City, the city's largest shopping mall, in Kowloon. 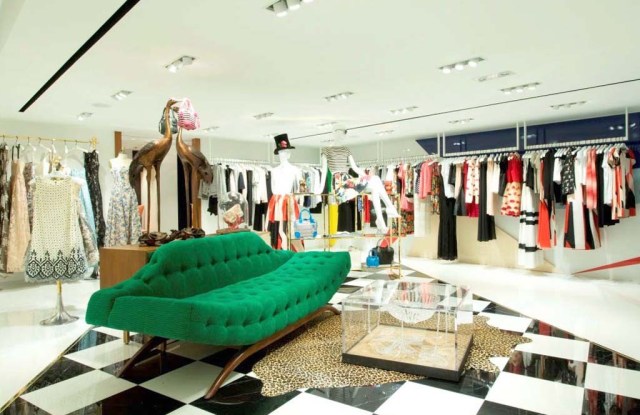 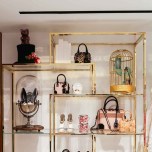 “There’s always something really powerful for a brand about having its own stores and a place to tell your whole story,” Bendet said in an interview at the new store on Wednesday.

Alice + Olivia is no newcomer to Asia. The contemporary brand has been on the racks at Lane Crawford and now has five stores in Asia including Taipei and Singapore.

There are plans to open 23 points of sales in Greater China and Southeast Asia over the next five years. Two more stores are planned for Hong Kong as well as shops in Beijing, Shanghai and other cities in China over the next few years. For now, Hong Kong is the brand’s largest market but business in Tokyo is growing as well, Bendet added.

“Our focus on opening stores is where there are international clientele,” she explained. “In Asia, up until a few years ago you didn’t really have contemporary. That’s so exciting because there’s such an opportunity for that market to grow.”

Bendet noted that the brand’s dresses and gowns feature more prominently in Hong Kong and Asia than in the U.S. Some of the necklines for gowns in Asia might occasionally be raised to be a bit more conservative, but “we rarely have to do anything different for the customer here. We’ve always done the same kinds of things for all our stores.”

Gowns were front and center at a celebrity-studded cocktail party Wednesday night at The Space, a gallery in the Sheung Wan district. Specially designed dresses by five artists from China, Singapore, Taiwan and Hong Kong were displayed dramatically against walls covered in foliage.

Local celebrities such as actress Fala Chan and actress Cherry Ngan, who was recently nominated for a best actress award for her role in “The Way We Dance,” posed for photos that guests were encouraged to share on Facebook or Twitter.