After a two-year hiatus, Alvin Valley is reviving his Collection business with a runway show during New York Fashion Week. 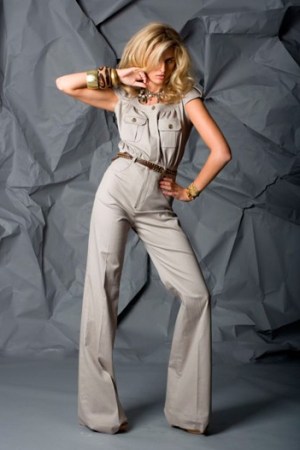 NEW YORK — After a two-year hiatus, Alvin Valley is reviving his Collection business with a runway show during New York Fashion Week.

This story first appeared in the December 17, 2008 issue of WWD. Subscribe Today.

Despite the economy and the fact that luxury shoppers have been largely staying away from full-price retail for the past few months, Valley is convinced the time is right for him to relaunch Alvin Valley Collection, which he stopped manufacturing after the fall 2006 collection in order to focus on his contemporary line, Alvin Valley As Is.

“I was not inspired at the time,” Valley explained of putting his collection on hold. “I felt like people weren’t spending extraordinary amounts of money on expensive dresses and furs, so I laid off of it for a while. I needed to focus on getting the nuts and bolts of the business right. Now, I need to take my business to another level.”

Valley was encouraged to move ahead with the relaunch after a recent round of private trunk shows around the globe, where he presented a capsule spring and pre-fall collection.

“Doing more personal appearances and meeting with clients that used to wear the collection, I realized the customer was still there,” Valley said. “No one had replaced that audience I had captured. In many ways, I thought maybe it’s time to do it. I was doing a trunk show in London [last month] and they told me, ‘You have to do Collection again.’ Many of my clients even pulled out their dresses, like Rena Sindi, Marie-Chantal [of Greece] and Pia Getty.”

Valley said he is up for the economic challenge. “I thought that with the economy the way it is, it’s the time to create really beautiful clothes that people really need and want,” the designer said. “Also, I had conversations with a lot of women who buy couture, and they told me, ‘If you give us a dress that is still 15 to 20 percent cheaper than a Valentino dress, it gives us added incentive to move on.’”

The Moret Group bought a 50 percent stake in Valley’s company in 2006.

Valley intends to have a fashion show on Feb. 16, but hasn’t finalized the venue. Asked about wholesale volume projections for the new collection, he said, “We’d like to hit at least $2 million for the first year.”