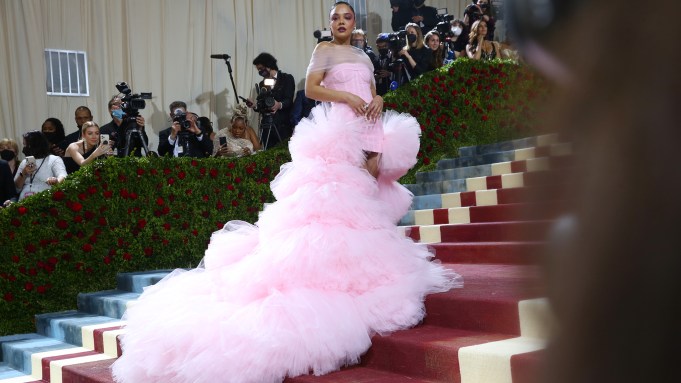 On the first Monday in May, designers and their celebrity guests met on the Metropolitan Museum of Art’s carpeted steps to celebrate the upcoming “In America: An Anthology of Fashion” exhibit, set to open on May 7. This year’s exhibit is the second of the two-part series that celebrates American fashion, centering around defining moments in the 19th and 20th centuries; the Met Gala’s dress code of “Gilded Glamour” consecutively takes inspiration from New York’s Gilded Age between 1870 and 1890.

On the Met steps, both American and European designers dominated the evening — following French house Louis Vuitton, Ralph Lauren and Thom Browne were the top American designers who dressed the most guests at the evening.

Click through to see a selection of looks from the American brands from the 2022 Met Gala.