Known for his straightforward clothes with a classic-yet-hip vibe, Alexandre Mattiussi said he wanted his first store to be as inviting as an apartment. 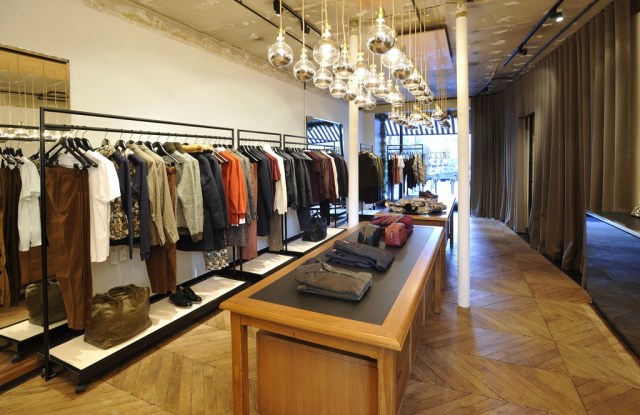 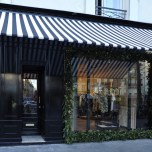 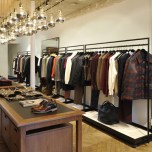 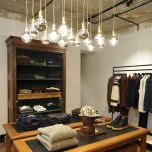 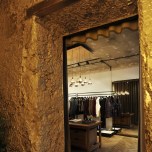 PARIS — Buzzy French men’s wear designer Alexandre Mattiussi — whose label reads Ami, the French word for friend — is out to win more of them with his first boutique, which opens today on the northeastern edge of the city’s burgeoning Marais district.

The 800-square-foot unit is located at 109 Boulevard Beaumarchais, next door to the concept store Merci that is perpetually thronged with hipsters and young families, especially on weekends.

“We think it’s the perfect location for Ami,” Mattiussi said, mentioning the Acne boutique around the corner as an additional attraction in the lively neighborhood, which is chockablock with art galleries and fashion boutiques.

Known for his straightforward, masculine clothes with a classic-yet-hip vibe, Mattiussi said he wanted his first store to be as inviting as an apartment, though not overly decorated. “Charming and cozy” is how he described the long, narrow space, with its point de Hongrie parquet floors, raw ceiling and a loden curtain that can be drawn across the 12-foot window to seal off the store.

For the store design, he turned to his friends, who led him to Studio KO’s interior architects Karl Fournier and Olivier Marty. The duo mainly does residential projects, and are said to be involved in renovating the mythic Château Marmont hotel in Los Angeles.

Customers enter to the left of the store in a concrete vestibule Mattiussi painted gold for a “grotto” effect. Black metal racks holding the fall-winter collection hug one wall, while leather-topped tables — inspired by antique cutting tables — anchor the middle, displaying sweaters and leather goods.

In tandem with the store, Mattiussi introduced the first of a series of collaborations with friends, famous or otherwise, who will create products exclusively for the store.

First up is cap maker Larose Paris, who did a few styles under the Larose for Ami label.

Mode et Finance specializes in long-term investments in small- and medium-size companies in the fashion and luxury sectors that are profitable, generate revenues of at least 500,000 euros, or $650,000 at current exchange, and show strong potential for international growth.

Mattiussi said he is looking at 2014 to open another retail unit, likely on the Left Bank of Paris, and can envision several more units in the French capital.

Looking a couple of years down the road, he aims to open international locations, with London and New York among the priorities.

The designer cited a “very encouraging” response to two monthly pop-up stores he operated in Paris, in September 2011 and March 2012, strengthening his conviction that expanding into retail was the right strategy. The experience also gave him great insights into his clientele, he said.

At present, Ami is sold in about 42 doors worldwide, including Barneys New York in America, Lane Crawford in Asia and Mr Porter on the Web.

Born and raised in Normandy, France, Mattiussi has worked for such brands as Dior Homme, Givenchy and Marc Jacobs before launching Ami Alexandre Mattiussi in 2010 with a group of about 10 individual investors. He remains the majority shareholder.