Eames Demetrios politely indulges strangers’ questions about how his kin became two of the most influential designers of the 20th century. 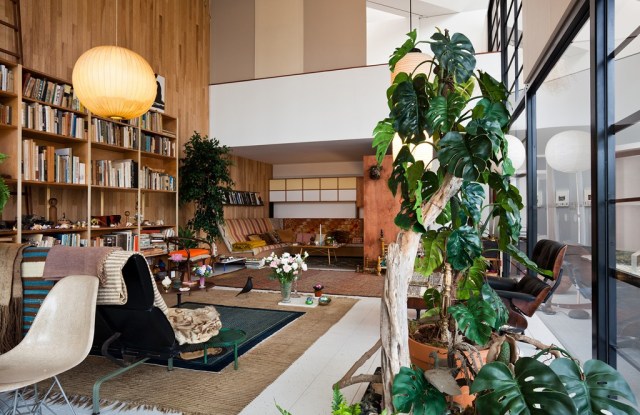 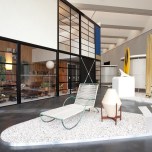 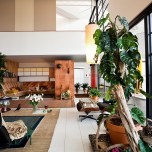 When your first name is Eames, introductions are pretty much a straight line to a conversation about design.

Eames Demetrios, a grandson of Charles and Ray Eames and chairman of the Eames Foundation, knows the drill. Well aware of how his lineage conjures up images of ottomans and colorful molded plastic rockers, Demetrios politely indulges strangers’ questions about how his kin became two of the most influential designers of the 20th century. Most would not know that the Eames chaise was originally designed for the film director Billy Wilder, who was friendly with the couple.

Demetrios, however, is all about the present. In addition to working with Herman Miller to ensure Eames designs are done correctly, he recently oversaw a re-creation of sorts. The living room that the Eameses designed for their Pacific Palisades house has been dismantled and reconstructed in the Los Angeles County Museum of Art. All of the room’s tidings — nearly 2,000 in total — have been reinstalled in the replica living room, which is part of “California Design, 1930-1965: Living in a Modern Way.” On view until June 3, the exhibition is part of the Pacific Standard Time collaboration now running at dozens of institutions.

Just as his grandmother and grandfather excelled in a variety of disciplines — architecture, furniture, industrial and graphic design, fine art and film — Demetrios works as a photographer, filmmaker and most unusually geographer-at-large for Kcymaerxthaere, a parallel universe that intersects with much of our linear Earth. The name stems from the cognate words “kcymaara,” meaning “the true physicality of the planet,” and “xthaere,” a shape with almost an infinity of edges or dimensions. Supporters explore and tell stories of these other realms through different types of media, but most noticeably by installing bronze plaques that honor places from this fictional world. Demetrios likened it to writing a novel and placing each page in a different location. “It’s fiction you can visit,” said Demetrios, noting that a marker was unveiled in Dubai earlier this month upping the total number of locales to 80. Half of the sites are in the U.S., including a plot of land in New Mexico that was bought on eBay for $400.

During a trip to India’s Institute for Design, which his grandparents set up in 1958, Demetrios made a detour to Nambia to leave a Kcymaerxthaere marker. He’s also expanding this three-dimensional storytelling with the help of colleagues. As an alternate universe, Kcymaerxthaere has many different stories, rules, creatures and even laws of science. But unlike the virtual world of “Second Life,” Kcymaerxthaere has plaques so that fans can experience it in the real world.

However head-scratching this pursuit might be, it rings true with something Charles Eames once said. “Eventually everything connects — people, ideas, objects…the quality of the connections is the key to quality per se.…I don’t believe in this ‘gifted few’ concept, just in people doing things they are really interested in doing. They have a way of getting good at whatever it is.”