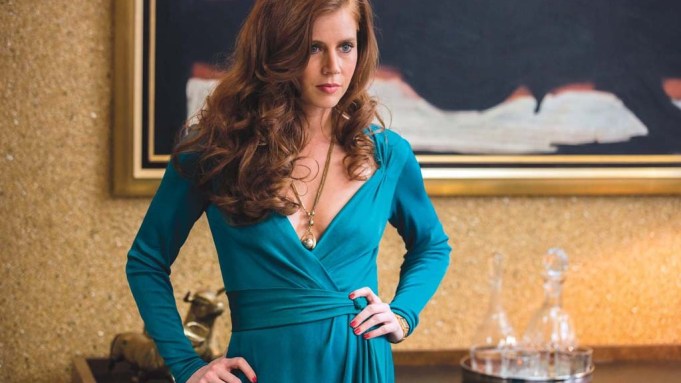 To try to analyze the wrap dress silhouette, think of a sartorial mash-up of a kimono and a chic bathrobe, draped and tied, in jersey, and executed in a lean way that flatters almost any body type.

For Diane von Furstenberg, it took the “Journey of a Dress” exhibition and the display of the wrap through the years to realize just the icon she had on her hands.

“For a long time, I took it for granted,” von Furstenberg said. “I paid no attention. Then, after I decided to do the exhibition, and saw the dress that way, I stopped looking at what the dress had done for me, which is paying all my bills, and realized that the dress had something on its own. The dress was more important than I was, and I was like a conduit for it.”

The look came in many variations, from the slinky floor-length number sleeveless dress, the off-shoulder style, the slip design, the two-piece wrap top with matching pants, the Chinese-inspired number, the back wrap and, more recently, the fit-and-flare silhouette. The various patterns — i.e., the designer’s signature or lip motif, geometrics, animal and floral prints — also provided creative points of difference.

The design has garnered quite a celebrity following in the last four decades. In the Seventies, it was modeled by the likes by Patti Hansen, Janice Dickinson and Lisa Taylor, and worn by Cybill Shepherd in “Taxi Driver.”

After von Furstenberg successfully revived the style, a whole new generation  discovered it, including Paris and Nicky Hilton, Amy Winehouse, and Michelle Obama, who chose to wear a black-and-white design for the Obamas’ first Christmas card from the White House, as well as a recent encounter with Kermit the Frog.

Madonna wore a green and white version for a “Spirituality for Kids” event in Tel Aviv in 2004, and Ingrid Betancourt,  after six years held captive by revolutionaries in Colombia, made the wrap her first fashion purchase.

Recently, there have also been more screen moments, among them Amy Adams’ character in “American Hustle” and Penélope Cruz in “Broken Embraces.”

“It took me 30 years before daring to say that I was a designer,” von Furstenberg said. “I have never wanted to make a fashion statement and always said my dresses are friends to the women who wear them. But in the end, no one ever has had a dress that lasted that long.”