The Naples-based group, which has recently inaugurated its new offices in the heart of Milan’s Brera district, has acquired Italian brand Marcobologna, which was established in 2011 by designer duo Marco Bologna and Marco Giuliano.

Arav, which also acquired John Richmond in 2016 and founded the Silvian Heach diffusion label in 2002, holds 50 percent of a new company created with Bologna and Giuliano to operate the Marcobologna brand.

“We are strategically looking at the evolution of the market and we are trying to attract emerging designers enabling us to approach new customers,” said Arav founder and chief executive officer Mena Marano. “We want to cover different segments of the market without creating any internal competitions. In the case of Marcobologna, we have been impressed by the designers’ determination and passion and we believe that the brand features an aesthetic which can be successful in the next years.”

According to Marano, the Marcobologna brand, which is defined by a strong, feminine image exalted by the use of precious embellishments and vibrant prints and is positioned in the upper contemporary segment of the fashion market, is expected to be highly appealing for international markets, including Russia, the Middle East and China. 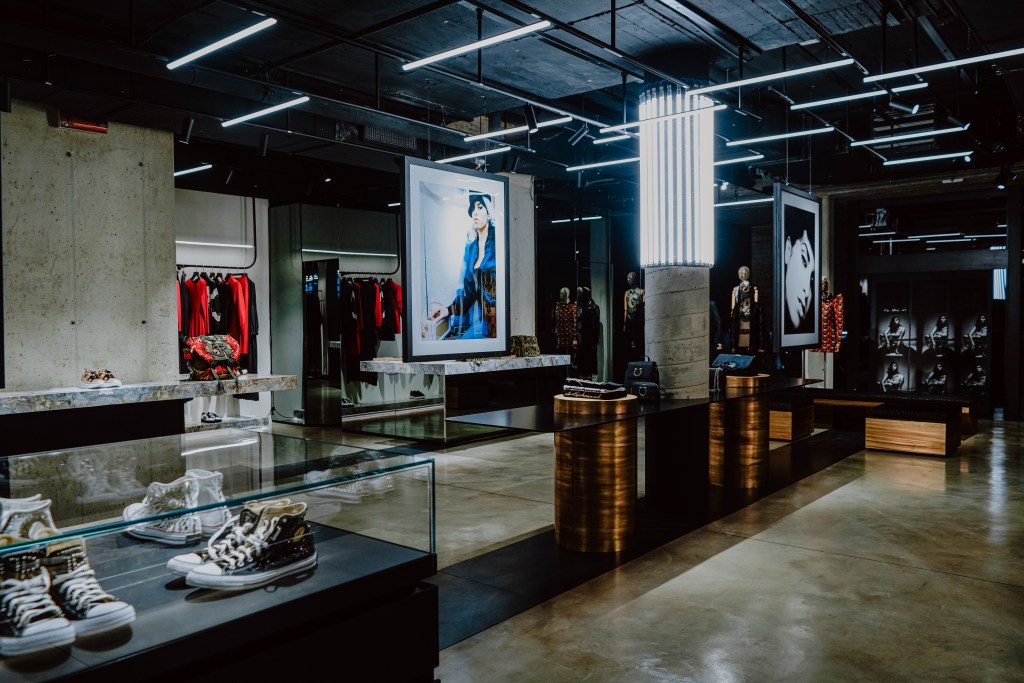 “We expect to enter about 250 stores around the world with this first collection,” said Marano, referring to the Marcobologna fall 2020 lineup, the first produced and distributed by Arav, which will be presented with an event during Milan Fashion Week.

During the busy week, Arav brand John Richmond will host an event to present a capsule collection dedicated to vintage denim. “This capsule will kick off a series of projects we will present during the year,” said Marano. “John Richmond is a brand with a rich heritage and established identity, but now we want to open different channels and approach new final customers.”

In keeping with this goal, Richmond and Marano developed a new strategy, where along with the traditional main lineups, during the year, the brand will launch capsules to be communicated through a digital-focused strategy and to be distributed online exclusively by Farfetch. “We are very happy with the results of the John Richmond brand, which is registering double-digit growths every year,” said Marano. In September, the brand opened a store in Milan and another unit in Dubai was inaugurated at the end of last year.

Arav is also developing new projects for the Silvian Heach diffusion line, which is going to debut a capsule collection with Christian Pellizzari. Silvian Heach is sold in 700 stores in the world and in 30 monobrand shops located across Italy, Spain, the Middle East and Russia.