Giorgio Armani has redesigned his vision for capturing market share in North America — and the most immediate sign is at the Madison Avenue flagship. 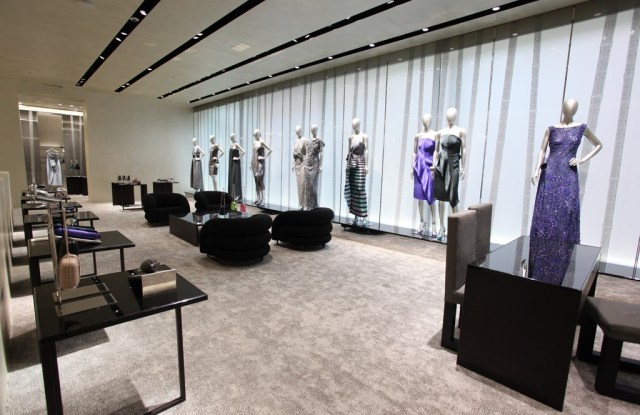 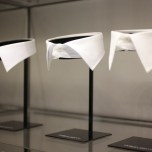 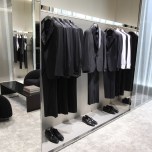 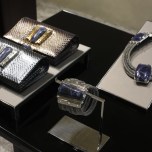 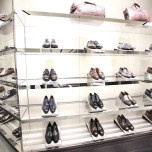 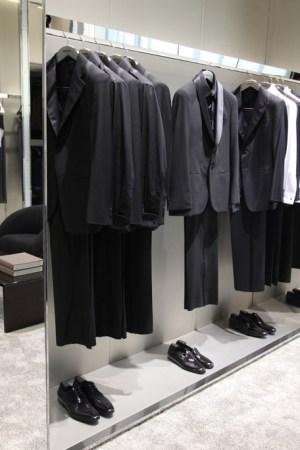 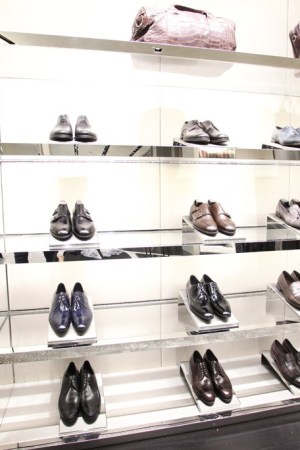 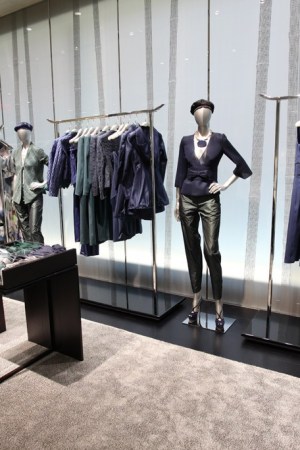 NEW YORK — Giorgio Armani has redesigned his vision for capturing market share in North America — and the most immediate sign is at the Madison Avenue flagship.

That’s where Armani has elevated the luxury appeal in a top-to-bottom, three-month overhaul of the four-level, 21,000-square-foot site, which reopens today. The renovation of the 17-year-old store marks the next chapter in Armani’s retail and wholesale operations across North America, which accounted for 18 percent of worldwide revenues in 2010. The group’s revenues that year, including licensed products, totaled 6.02 billion euros, or $7.95 billion.

It also suggests where a lot of the growth will come by giving more space to categories heretofore underplayed but being developed — footwear, fine and costume jewelry, leather goods, accessories and men’s made-to-measure. The flagship, located at 760 Madison Avenue, also maintains front and center such core components as eveningwear, cocktail dresses, work attire and more casual sportswear.

“The American market plays a leading role in the world economic scenario, and the reopening of the Giorgio Armani boutique is naturally an event of considerable importance,” Armani told WWD.

Market sources placed the cost of the flagship project at just over $10 million. They also said Armani is projecting a return to historical high volumes. At its peak, the store generated $40 million in sales in 2001 and, with the renovation and the luxury market continuing to grow, is seen ultimately hitting that mark again. In recent years, volume has hovered closer to $30 million.

The renovation maintains the limestone facade and logo, and the tripartite configuration of each level, with a central room flanked by an intimate salon on each side. However, there’s now a backdrop of textured Marmorino walls and ceilings, along with dark teak and black glass display tables, and polished stainless steel fixtures.

Most elegant are the 12-foot, double-pane glass panels, created with a mesh fabric and a graceful bamboo motif. Some open to reveal closets, others slide to shade the windows.

Among the key selling features:

• A larger presentation of handbags and accessories on the ground floor, which also houses the runway collection

• A shoe salon on two that’s grown to 2,000 square feet and is housed next to women’s apparel

• The expanded made-to-measure men’s salon on four, known as the “atelier,” where there are also eveningwear and glass cases accentuating the $60,000 diamond and stone earrings and other pieces in the Privé fine jewelry collection, starting at $10,000 and previously sold primarily by appointment.

There’s also a posh fitting room which has 300 square feet, separate areas for changing and alterations, and the character of a couture setting.

The store is entirely for the Giorgio Armani label and Privé jewelry. The Giorgio Armani fashion empire also includes the Emporio, Collezioni, Jeans, Casa and Junior labels, and the Dolci food and restaurant divisions.

“We needed to revamp the store to show our customers what the current state of Giorgio Armani product and aesthetics look like,” explained Graziano de Boni, chief executive officer of Giorgio Armani in North America. “Secondly, Mr. Armani’s product in general was not really showcased in the best possible way. There were some lighting issues, some layout issues, coupled with the fact that we are expanding categories. The best way to combine all of this was to renovate the whole store. But in some cases, I don’t want to even use the word renovation for this store. With true luxury it is always about a very invisible or subtle evolution, without really looking like you are changing your image. Mr. Armani doesn’t need to change his image — just refresh it.”

The North American business grew between 12 and 15 percent last year, sources estimated, with most growth seen in the Giorgio Armani and Privé collections. Gains are credited to Armani’s more focused approach to each label, the establishment of dedicated teams, and improvements in the economy and consumer confidence. Tourism, particularly at the Fifth Avenue store, also helped, and there’s been a rebound on Madison Avenue, which was plagued by vacancies until recently but has seen an influx of designer brands.

For this year, so far, “We are absolutely convinced we are sustaining the momentum,” said de Boni. Wholesaling had been suffering, he acknowledged, but it’s now “on fire.” He said he expects this year’s North American volume to exceed the 2007 (prerecession) volume, though he declined to make a specific projection.

He called 2011 a turnaround year and 2012 “a pivotal year,” which will be marked by “our biggest capital investment in the history of Giorgio Armani in North America.” Under a new retail strategy formulated last year, 12 stores will open this year in North America, including three Giorgio Armani units, eight Emporio Armani units, and the first Armani Junior store in North America, selling children’s, toddler’s and newborn clothing. The store will open in late spring or early summer on Madison Avenue and 88th Street in a 1,500-square-foot space.

Overall, the expansion of retail in North America is a huge undertaking, considering there are currently only 11 Giorgio Armani and eight Emporio stores on the continent and no stores have opened in the last four or five years. “We’ve never opened 12 stores in a year,” de Boni said, adding that three architects were added to the New York team last year.

The strategy also entails ambitious renovation work beyond the Madison Avenue flagship. Emporio Armani at 601 Madison Avenue will reopen in late spring after temporarily housing the Giorgio Armani collection during the uptown renovation. Several shop-in-shops are slated for renovation or have them under way, including those at Barneys New York and Saks Fifth Avenue, following last year’s renovation of the men’s and women’s shops inside Bergdorf Goodman. There are about 170 shop-in-shops in North America. “The challenge is just to stay focused because there are so many opportunities,” de Boni said.

For Armani, Madison Avenue is most special. “I am particularly looking forward to the reopening of the boutique in Madison Avenue, the city’s luxury shopping address par excellence,” Armani said. “Behind the renovation of the boutique lies the desire to create the perfect ambience, cozy yet luxurious, in which the customer may enjoy a truly unique experience. I love New York for its exceptional buzz and for its ability to set the fashion trends of the U.S.”