The traveling “Eccentrico” exhibition will be displayed at the store and open to the public until Dec. 8. 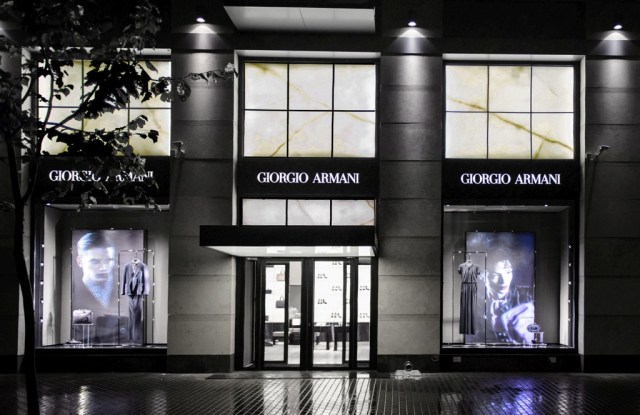 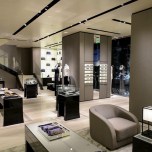 Giorgio Armani’s first boutique in Saint Petersburg, Russia, opens on Tuesday with a cocktail party hosted by Roberta Armani that is expected to draw more than 150 guests.

The traveling “Eccentrico” exhibition, unveiled in Milan in September last year and which focuses on the designer’s most eccentric looks, will be displayed at the store and open to the public until Dec. 8.

“The local clientele is especially sophisticated and demanding, and has proven to be loyal over the years. The choice of St. Petersburg also has a strong symbolic meaning for me: I bring my vision to a wonderful city, cradle of the refined Russian culture, creating a dialogue that stimulates me very much,” continued the designer.

Located at the Nevsky 152 Mall, the two-level boutique covers more than 2,800 square feet and carries the signature women’s and men’s ready-to-wear and accessories. The key material used in the store is brushed silk, which helps create an intimate space. Molded panels on the walls are covered with fabric and also feature a contrasting, backlit onyx. Floors are finished with beige shiny stone, dotted with large Armani/Casa carpets in greige linen.

Last year, group turnover including licensed products at wholesale value increased by 12 percent to 2.93 billion euros, or $3.75 billion at average exchange, compared with 2011. Globally, the Giorgio Armani brand grew 6.8 percent to 877.2 million euros, or $1.12 billion, accounting for 30 percent of turnover.

The company has consistently been developing its network of stores in emerging and mature markets. For example, a signature boutique in Hong Kong opened in March on Canton Road and the first Armani/Casa venue opened in Brazil, in São Paulo, in April.