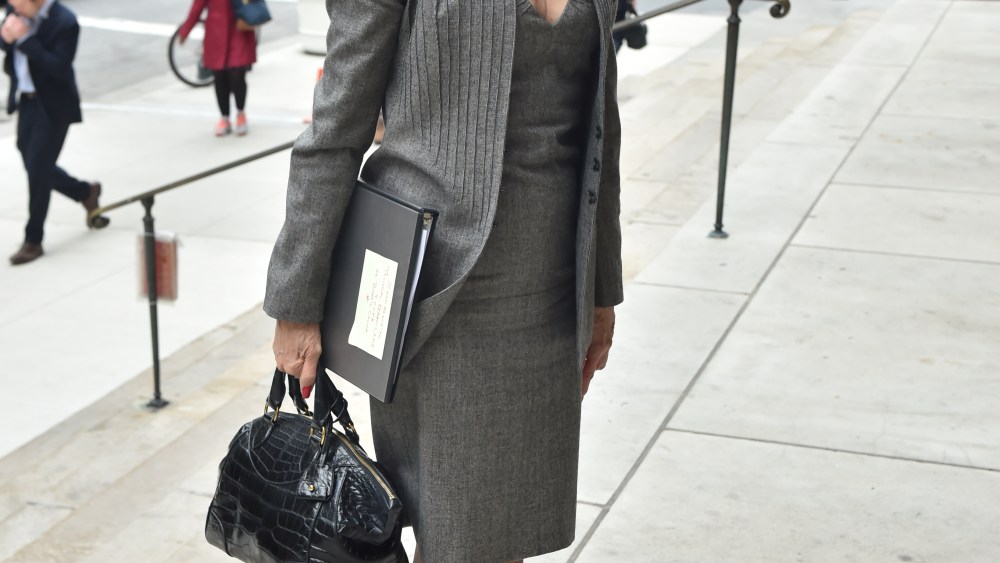 NEW YORK — About 200 of Arnold Scaasi’s friends and former clients, as well as his husband Parker Ladd and longtime assistant Glendina Weste, turned out Thursday afternoon at a memorial service for the designer, who died in August at age 85.

Stan Herman spoke of rooming with the designer some 60 years ago and Liz Smith described vacationing with Scaasi and Ladd. “Iris Love and I would no sooner get our poor accumulation of clothes hung up and Arnold would make us move to another room. And he did this until the hotel asked us to leave,” Smith said.

Irascible as he could be, many spoke of the kindness he showed them from one year to the next. Gayfryd Steinberg recalled how one day in 1984 no sooner had she gotten home after buying a strapless silver-and-pink brocade Scaasi dress at a store than her phone rang with the designer on the line. “I had heard of him but had never met. He said, ‘I’m Arnold Scaasi. I believe you bought the wrong dress and I want you to bring it back.’ I was so amazed and dumbfounded that I did. So off I went, not to the retail store, but to Arnold’s showroom, which was like a kaleidoscope of mirrors. You never knew where you were. And Arnold popped out from behind one of them. He was very polite but he insisted that he see how I looked in the strapless dress. In the end, he let me keep it. But only after he tailored it himself. I can always hear him yelling across the showroom, ‘Bring in Mrs. Steinberg’s bust pads.’ I had never heard of a bust pad before, but apparently I needed them.”

Smith sent attendees off by reading the condolence letter former first lady Barbara Bush wrote to her two days after Scaasi died. Smith said, “I see that Mrs. Bush remains an old-fashioned conservative of my generation – she used both sides of the same paper.” Smith said that Bush wrote, “‘There is no question Arnold helped me and made me to feel comfortable. My precious husband said, ‘I am tired of hearing that you are dowdy. Go to New York and buy some designer clothes.’ And he did pay for years and I was happy. Arnold was a piece of work, and a joy…'”

Bush also noted in her letter to Smith how her own foundation has raised $17 million to further literacy, by copying Literacy Partners’ annual New York event, which Smith, Scaasi and Ladd championed for years. Continuing to read Bush’s letter, Smith said, “‘I also love Parker and am glad they married. Parker is a saint…'”

“And that’s the way to end things with a first lady,” Smith said. “‘So long Arnold, we’ll be seeing you,'” she quoted Bush as writing.