Around and About at Milan Design Week

Fashion took center stage with a series of events celebrating its creative bond with design. 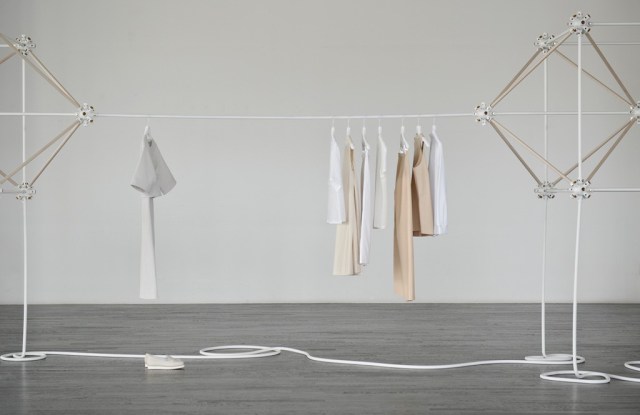 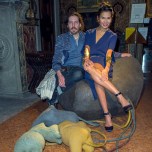 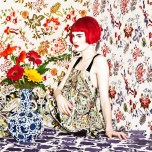 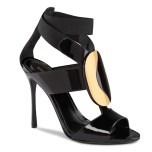 Fashion took center stage in Milan during Design Week with a series of events celebrating its creative bond with design.

At its flagship on Via Montenapoleone, Etro presented the fruits of its partnership with New York-based photographer Erik Madigan Heck, who shot 13 pictures interpreting the bold motifs of the brand’s spring women’s collection.

“When I saw the collection, I started the project,” said Madigan Heck, who sent the pictures to Etro. “I immediately fell in love with them because they perfectly reflected the starting point of the collection I designed,” said Veronica Etro.

For the occasion, Spanish artist Nacho Carbonell created an installation called “Chandelier” that pays homage to Madeleine Vionnet’s iconic bias cut and blue color. “Rossana Orlandi is such an incredible woman and I’m so proud to be part of this project,” said Vionnet owner and creative director Goga Ashkenazi, who was wearing two metallic cuffs featuring Madeleine Vionnet’s fingerprint. “They are still prototypes but this fingerprint will return in the next collection,” she said.

At grand Palazzo Crespi, Sergio Rossi paid tribute to the work of Milanese designer Gabriella Crespi with an exclusive footwear collection. The capsule, which marks the debut of the brand’s new design director Angelo Ruggeri, consists of 10 shoes incorporating some of the most famous elements of Crespi’s creations, such as curved shapes, the moon motif, the yin-yang symbol and red and black lacquers combined with brass and steel tones.

For the duration of Milan Design Week, H&M brand Cos opened a pop-up store conceived by French designers Remy Clémente and Morgan Maccari in the edgy Ventura design area. “We wanted to create modular elements that you can adapt to the different spaces,” Maccari said, showing the wood and metal structures used to display the clothes from Cos’ spring collection. “We wanted it to be functional, timeless and not trendy.”