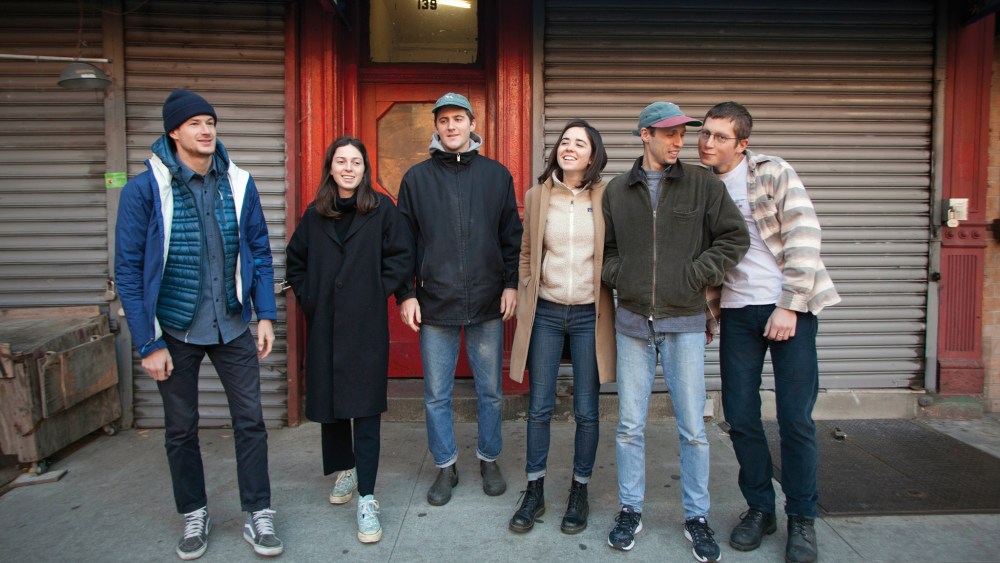 By the time Art Basel Miami Beach officially begins on Thursday, many of the commercial aspects of the fair will have already played out. Hermès will have thrown a cocktail party at its Design District store, and the fashion darlings behind DKNY — Dao- Yi Chow and Maxwell Osborne — will have hosted a dinner at The Edition hotel. Many of the serious collectors will have flown in and out of the city, leaving behind artworks that have been paid for in full, to be shipped to their mansions after allowing the crowds to ogle the works throughout the weekend. Some 780 private jets are purportedly scheduled to charter various routes to Miami, up from 740 last year. Blade, the mobile app for chartering helicopters, seaplanes and jets, is expanding its route outside the Northeast to Miami and Palm Beach just in time for the festivities.

It’s no wonder most question whether the art actually matters at all.

Yet each year, artists, curators and collectors continue to flock. Apart from the Art Basel lineup, 18 satellite fairs host galleries and their artists in Miami, the biggest being Untitled, New Art Dealers Alliance, Pulse and Scope. And as a result of this ever-ballooning pageant, a younger subset of the art world heads down to host their own events, separate from any official fair association. “For people who are just starting out or who are young, to get into Basel, the main fair, it’s almost impossible,” says Kristina Lopez, who’s launching her Web site Art Zealous with a party during Basel. “Even the satellite shows have become intense and so exclusive,” she adds. “From an artist’s standpoint, you have to be represented by a gallery. From a gallery standpoint…one, you’re competing with Gagosian and David Zwirner, the heavy-hitters, and two, you pay upward of $20,000 just for a little booth.”

It makes sense, then, for newer kids on the art block to eschew the establishment for their own endeavors. For some, it’s about more than not being able to afford the price tag — like Erin Goldberger (also of Bill Powers’ Half Gallery), who opened New Release Gallery on Mulberry Street in September. “The idea of going to Basel, it wasn’t even thought about,” she says. “The budget was low, and not really wanting to be involved in a bigger fair and knowing you probably wouldn’t get in anyway.”

Instead, she’s teaming up with three other galleries for what they’re calling “Miami Warped Tour” — a play on the traveling music festival — at Lemon City Studios in the Little Haiti neighborhood on Thursday and Friday. “This was a really good way to bring these artists down who wouldn’t have had the potential to show in Miami and also have the name of [my] gallery shown in con- text of these other galleries that I feel really connected to,” Goldberger says. GSL Projekt Berlin, Stadium II and (harbor) are the other galleries involved.

The communal aspect seems to be particularly important to those on the fringe of the fairs. “[All the galleries] are interconnected,” Goldberger says. “At fairs, you might see one artist in two booths, but it’s so disconnected. Instead of being in this segregated box, this is more community-based.”

With this idea in mind, Bushwick Collective, the outdoor street art gallery in Brooklyn, invited 50 graffiti artists to tag the old RC Cola Plant over four days in collaboration with Mana Wynwood. Auto Body, an art space founded by eight young creatives in Bellport, Long Island, is hosting an off-site show at Sunset Drive — a residence-turned-gallery on Sunset Island — with 40 artists Friday through Sunday. “Everyone [at Auto Body] comes from this philosophy of bettering a community or environment and bringing people and locations together,” says Aria McManus, one of the founders.

It also means a greater emphasis on the artist — and not just schilling their work. Leah Dixon, who’s showing at Warped Tour with GSL Projekt Berlin, notes that their project is “in opposition to the art fair booth, where the artist is completely divorced from their work and just the final product is celebrated.”

“It’s not that we don’t like commercial fairs,” Dixon adds (she showed at Untitled last year), “but we’re aware that we have capabilities that are highlighted best in a way that is not just a commercial art fair.”

It’s not unlike the circus that New York Fashion Week has become, what with fashion brands ostensibly joining fashion week unofficially by staging a show during its official timing. And in a saturated marketplace, artists are actually banking on the fact that being disconnected from the fairs is a draw — much like showing off-site, rather than at the tents, has become the go-to for the buzziest New York fashion designers. “The fairs down there are just booth after booth after booth,” says Auto Body’s Tyler Healy. “Miami is kind of geared toward trade shows, they have the Food + Wine one, the boat one, golf ones…and they just kind of treat them all the same. So [what we’re doing] is a little bit more unique.”

“Having [our show] at the Sunset Drive Gallery, I think it feeds into the Auto Body mentality,” adds Claire Read. “We’re in a little bit of an outsider space, by choice. We’re not that excited, as a group, about being in a fair necessarily. We like having these challenges of OK, we’re in a backyard, we need to get our friends here, we need to get visibility here… it’s an added creative parameter and challenge in a way.”

Plus there’s a certain anticonformist appeal to those doing their own thing. “[Auto Body’s] show is really
a critique of the art world having this very high dense saturation of commercial interest. By having this little island that is hosting this exhibition a stone’s throw away from the convention center, I think it’s showing two different sides of the community. And it’s causing people to ask questions in regards to what it means to be an artist. How do I get my work out there? How do I show it?” says Evan Robarts, with Sunset Drive Gallery.

“I think one of the best things about Auto Body is the open-mindedness and the willingness to be of service with their peers in the art world. And that’s something that isn’t really fostered by a bunch of galleries with monetary interests.”

“A lot of these showings are in Miami neighborhoods that no one who goes to Art Basel ever steps foot in,” Dixon says. “People think they know Miami and they go to South Beach. South Beach would be like only spending your time in Times Square in New York.”

Still, no one discounts the importance of having a presence at Art Basel Miami Beach. “This is the target
audience,” says Art Zealous’ Lopez. “The age range is amazing: there’s collectors, there’s patrons, there’s tastemakers, there’s influencers in the art world…anybody who’s anybody goes down to Basel, so for people who want exposure, it’s a no-brainer.”

“[Our artists] aren’t doing it be- cause there’s any financial windfall here — there isn’t. It’s art, there’s
no money to be had,” says Stanley Sudol, director of Mana Urban Arts Project, who’s heading up the collaboration with Bushwick Collective. “They’re doing it for the fact they want to be seen on a larger plat- form.”

For these young innovators, it’s all part of the hustle. “It’s just a matter of getting out there,” says Auto Body’s Healy. “I guess the goal would be to turn it into another project. For someone to be like, we saw what you did in Miami, do you want to do something on Mars? Like, yes, let’s go to Mars.”