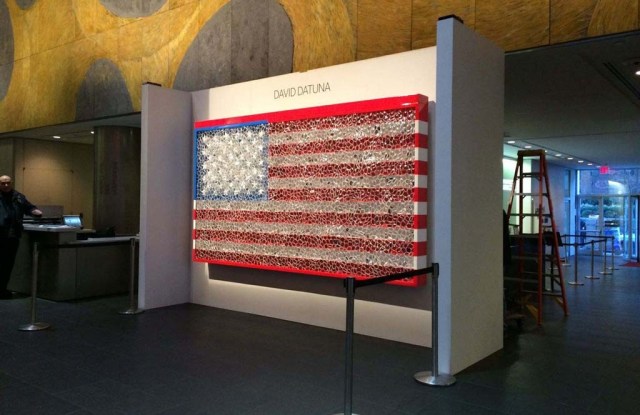 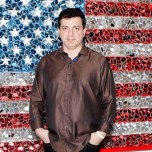 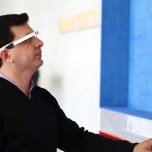 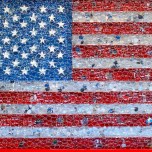 Glasses — as in optical frames — are David Datuna’s medium.

The Georgian-born, Brooklyn-based artist, perhaps best known for his Viewpoint of Millions series that suspends alternating positive and negative optical lenses over large-scale collages derived from mixed media, has used abandoned frames in his work for the past 10 years. So when he heard some early murmurs about a new invention called Google Glass a couple of years ago, his interest was piqued. He told his representative Mike Huter, founder of the Miami-based Kiwi Arts Group, to keep an eye on it.

This story first appeared in the December 18, 2013 issue of WWD. Subscribe Today.

Fast-forward to 2013: Google Glass is still being tweaked for public consumption, but those involved in Google’s Glass Explorer program have access to the devices. Huter connected Datuna with BrickSimple, the Pennsylvania-based company of developers of next generation mobile and Web applications — a group of self-described Google Glass pioneers. Over the course of several months, the company worked to install four interactive cameras into Datuna’s latest work, a 12-foot American flag that automatically connects with viewers while they are wearing Glass, insofar as the viewer is looking at the piece — but the piece is also looking back. The artwork, which made its debut in Miami during Art Basel earlier this month, is the first of its kind in the world.

The theme of Datuna’s Viewpoint of Billions — the first flag in what will ultimately be a series of 10 — is Americana. Underneath a layer of the artist’s signature optical lenses lies a mishmash of photographs, newspaper clippings and video vignettes of iconic cultural and political moments in the history of the U.S., from the country’s greatest innovators — Steve Jobs, Vint Cerf, the Wright brothers — to its greatest entertainers. One might see a video clip from “I Love Lucy” (the famous chocolate-factory episode in which Lucy and Ethel eat all the chocolate while working an assembly line), or the harrowing scene from “The Shining” in which Jack Nicholson utters “Heeere’s Johnny.” Each viewer who wears Glass in front of the piece — for a max of three minutes, in order to give everyone a chance — has a unique experience. If viewers “opt in,” they can choose to answer questions prompted by Glass and have their experience recorded and uploaded onto the artist’s Web site, datuna.com.

“The images reflect the positive and the negative, depending on your perspective, allowing the viewer to form their own opinions,” said Datuna. “They tell a story that reflects on the past and touches on some of the achievements and controversies in the present. With each piece I create, [selecting the moments] is one of my favorite parts of the process.” Datuna said he hoped to create a thoughtful piece of work that prompts the viewer to think about where, what, how and when we arrive at our individual destinations and point of views, and to encourage respect amongst people for a more positive future.

Despite the tech-heavy influences, Datuna insists that the art — which stands firmly on its own, sans Glass — comes before the technology. “I am not a technology artist,” he said. “For me, Glass is a great tool that acts as an extension, allowing me to better communicate my narrative and to connect with the viewer in thoughtful ways.…My plan is to only create 10 flags globally that utilize Glass, and they will all communicate with each other. After that I don’t think it will [be] part of my work,” he said. “We will see.”

The exhibition, open to the public from 8:00 a.m. to 10:00 p.m. at Lincoln Center’s David Rubenstein Atrium, ends today. The second flag in Datuna’s series — a French flag — is slated to make its debut in Paris in March with Kiwi Arts Group and Gallery Shchukin.