The new show looks at the art of textiles. 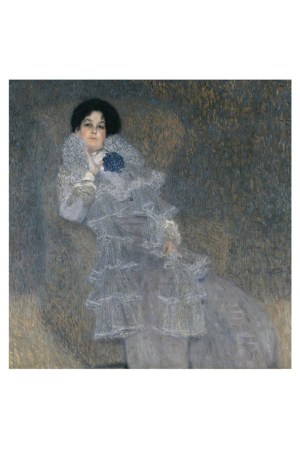 “In the beginning there was textile art,” architect Gottfried Semper — who proposed the spinning of fibers, the weaving of fabrics, knotting of carpets, sewing of garments and plaiting of the first dwellings’ mats were the first skills learned by all peoples — wrote in 1860. All other artistic skills link back to textiles and the assimilation of textile techniques, he asserted, though his observations were not meant to apply beyond the practical arts. The visual arts, painting and sculpture were not his concern.

Yet the history of art could be seen to posit a Semper paraphrase: “In the beginning there was the textile,” as seen in the earliest examples of artistic endeavor through to our times. Indeed, it was while visiting the 2009 Frieze Art Fair in London that Markus Brüderlin, director of Wolfsburg Kunstmuseum, was suddenly struck by how pervasive “works made of threads and fabrics, sewed sculptures, netlike structures and crocheted installations” have become in recent art production. This observation sparked “Art & Textiles,” the museum’s extensive new exhibit, in which 200 works from more than 80 internationally renowned artists and 60 textile artifacts from all eras and cultures illustrate “Fabric as Material and Concept in Modern Art from Klimt to the Present.”

Known for taking an interdisciplinary and multimedia approach, the Wolfsburg Kunstmuseum’s team began spinning connections and interweaving genres in a historical journey that begins with the Arts & Crafts and Art Nouveau movements and the multitextile patterned worlds of Matisse, Vuillard, Klimt, Bonnard and their contemporaries. It moves on through the Bauhaus and the birth of abstraction, Fiber Art, Soft Art, Pop Art, Fluxus, Minimal Art, Arte Povera, and the network of “spiderwomen” artists such as Rosemary Trockel and Louise Bourgeois, and moves on to contemporary artworks that reflect or comment on today’s Web-entangled way of life.

The show — and the accompanying 392-page catalogue, published by Hatje Cantz in German and English — plays with unexpected contrasts and visually or conceptually associative links. Thus one finds Edgar Degas’ “The Ironer” rubbing shoulders with a minimal work by Lucio Fontana and a Chinese silk fragment from the ninth century, Michelangelo Pistoletto’s Arte Povera work “Venus of the Rags” and an 18th-century Gobelin tapestry, or a barbed installation by Mona Hatoum accompanied by a 17th-century etching of Christ crowned in thorns.

Brüderlin notes one can only speculate why textiles have become so topical in today’s art scene. Are artists championing more simple “homework” techniques as a reaction against the art world’s grand gestures requiring an army of assistants, major technical equipment and enormous studios? Is it a more widespread social phenomenon, he asks, connected to the rise of “crafting” and the resurgence of decorative arts? Or is the artisanal movement a general and gratifyingly sensory response to the growing virtualization of our world?