As Designer Sales Lag, Retailers Fret Fashion In Need of Some Fixing

Another season of shows ended earlier this month, during which retailers and editors had the chance to see thousands of looks come down the runways.

By Marc Karimzadeh and Luisa Zargani and Whitney Beckett and Andrew Roberts on March 24, 2008
View Slideshow 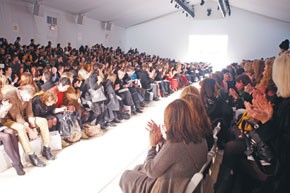 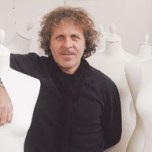 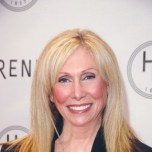 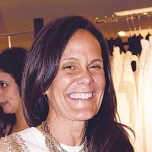 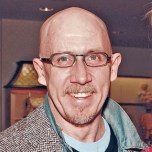 Another season of shows ended earlier this month, during which retailers and editors had the chance to see thousands of looks come down the runways of New York, London, Milan and Paris. Enough, one would think, to find something to whet consumer appetites.

Many fashion executives are increasingly frustrated, claiming the designer business, particularly this past fall, failed to live up to their expectations as consumers shunned the latest trends. There is a rising chorus among buyers that designers — many of whom continue to offer breathtaking collections — often aren’t in sync with the needs of the modern woman’s wardrobe.

So is something wrong with fashion?

The jury is still out on whether fall sales dipped due to unforeseen circumstances, or were emblematic of larger industry problems. But as stores now fill their floors with spring collections, there is a growing nervousness among retailers about the outlook for business given the current tough climate. The challenges include:

– The downturn in the economy.

– The unrealistic price tags at the designer level, which have been magnified Stateside as a result of the slumping dollar against the euro (which is now worth over $1.60) — even for American designers who source their fabrics in Europe.

– The lack of color permeating the fall shows, offering no reason for consumers to make an emotional connection with the clothes, unless they’re fashion insiders in major capitals.

– The fashion show hype machine in overdrive, resulting in immediate consumer media coverage that blurs seasons in the consumer’s mind.

– The lack of one “must-have” item to generate excitement and drive customers to stores.

– An out-of-whack delivery cycle that means fall clothes reach stores by July, and spring clothes by January, working against the buy-now, wear-now attitude of shoppers today, and resulting in markdowns by the time they really want to wear the clothes.

– The competition from lesser-priced contemporary departments and retailers such as J. Crew and Anthropologie, which bring in well-priced designs on a constant basis.

– More exciting innovations in electronics, which continues to draw consumer spending instead of fashion.

– Designers’ growing emphasis on other categories such as accessories, including jewelry and watches, which often draw consumer spending away from apparel.

“There are things that could be tuned up,” said Michael Fink, vice president and women’s fashion director at Saks Fifth Avenue. “The retail price of European merchandise continues to skyrocket, and makes a consumer question everything about why she is buying something and how it fits into her total lifestyle.”

Within that lifestyle, fabric weights are a key issue.

Fink also said there needs to be more sensitivity in the design community to the different climate regions and environmental needs.

“It never gets cold in the south of the U.S., so there is a dominant market thirsty for fashion 12 months of the year, but major designers don’t really cater to that,” he said.

Julie Gilhart, senior vice president and fashion director of Barneys New York, underscored the importance of seasonless fabrics. “We would have liked to see more ‘seasonless’ clothes on the runway,” she told WWD after the last round of shows in Milan. “There seemed to be way too many wool tweeds and furs.”

Ken Downing, Neiman Marcus’ senior vice president and fashion director, said that with high price tags, the item has to be extra-special, as consumers look for a price-value relationship. He noted that, last fall, trends such as the polished spirit of refined clothing, the return of the jacket and the continuation of the dress were strong — but the designer color palette wasn’t ideal.

“The customer for fall is very interested in color and the fashion houses continue showing black, gray, navy and brown,” Downing said. “This will be the third fall that we see these colors. She lives beyond the major capitals, and this global woman wants color in her wardrobe.”

Sarah Rutson, fashion director of Lane Crawford in Hong Kong — where executives say designer apparel sales continue to boom — agreed. “I feel it is too dangerous to be overall all-black,” she told WWD of the fall shows in Paris. “It leads to a very dull floor visually.”

In its December earnings report, Neiman Marcus said some of the early fall disappointments included some buying mistakes with too much inventory and tepid consumer reaction to European designer collections generally. Burt Tansky, chairman, chief executive officer and president of Neiman Marcus Group Inc., said at the time, “We were a little more aggressive [in buying] than we normally are. It didn’t come together so we are going to get back into balance and we are moving quickly to do so….As the season progressed and sales did not materialize commensurate with the inventory levels we had planned, our merchants reacted quickly” by triggering markdowns and working with vendors to find a solution to overstocks.

“It’s not about whether they can afford to buy, but are they in the mood to buy,” Jim Gold, president and ceo of Bergdorf Goodman, said during a recent panel discussion. He emphasized the high-end customer does not trade down even when there is an economic slowdown. “They take a breather, but they don’t trade down. And they come back, as we saw after 9/11, with a vengeance,” Gold said.

However, judging from the fashions that came down the runways for fall in recent weeks, it may take a little longer for the customer to roar back. Many designers once again snubbed seasonless or transitional fabrics, and often chose winter materials from furs to heavy tweeds and cashmeres — in black and charcoal. And with the continued weakness of the dollar, the plethora of embroidery, embellishments and handcrafted details are bound to hike prices to new heights.

The lack of one specific trend to whet consumer appetites and drive them to stores hasn’t helped in recent months.

“Apparel and accessories have undergone so many rapid design changes in the last few decades that there is no longer a discernible overall direction to drive consumerism,” said David Wolfe, creative director at The Doneger Group. “Everything is ‘in.’ It is impossible for the customer to truly ascertain what is ‘new’ in fashion. However, what is new in electronics is truly innovative, and thus a more exciting purchase than a retro-inspired fashion item.”

Catherine Sadler, president of the New York marketing firm Catherine Sadler Group, agreed that trends last fall were too eclectic and edgy, with none standing out. “Trends asked her to be a man one moment, a prim secretary the next, a femme fatale in the evening and a warrior in her spare time,” she said. “None of it really inspired her, and she preferred to wear the trends on her accessories than on her body.”

Sadler added that the strength of the euro contributed “perhaps up to 50 percent to the malaise of fashion this past season. In a strong market people are less price-sensitive, but with the macroeconomic conditions today combined with the weak dollar, you can’t help but question whether it is worth that much. That’s where the love factor comes in. If there isn’t a strong enough emotional connection, you will take a pass.”

Then there are those who say that fashion has lost its focus as traditional clothing companies diversified.

“Companies have been focusing less on clothes and too much on accessories, because they help boost sales, and clothes have lost some of their edge and sex appeal,” Diesel founder Renzo Rosso, who also owns the Martin Margiela and Sophia Kokosalaki businesses, said. “We need to be more directional, have strong fashion trends. Everybody does too much of everything, while we should focus more.”

Many agreed that beyond the economy, fashion had it coming for a while and some expressed hope that the industry will now turn to fixing some of the issues that have been hampering the designer business — from early markdowns to too much sameness across stores.

“We’ve programmed the consumer to wait for sales,” said Allan Ellinger, senior managing director of Marketing Management Group. “Why buy in December, when in January you can buy things at 50 percent off? It’s been a decade in the making, and the only way to turn that off is to ween the consumer off sales over a period of time.”

Barbara Atkin, vice president of fashion direction at Holt Renfrew, said the luxury world has become “very bland.” “It’s very homogenized across the world today,” Atkin said. “There seems to be no differentiation between countries, between stores. When’s there’s too much out there, you lose the desire.”

Nicole Fischelis, vice president and fashion director of women’s at Macy’s, concurred: “By promoting all those brands, a lot of stores have forgotten or somehow lost their own identity and the essence of what a retail store is about, which is giving an experience to the customer, and a reason to buy, and making their stores a destination.”

“Consumers today can get cashmere for $60 or $500 — and we aren’t conveying to them why it’s worth 10 times more,” Cohen said. “It used to be the low end of the market was a year delayed in adopting the fashion trends, but fast fashion has changed that. The high-end market must learn to speak to the reason why its product is better.”

Stacy Pecor, owner of the four Olive & Bette’s boutiques in New York, took the issue on from the contemporary category’s standpoint.

“I think designers have lost touch with what the customer wants,” she said. “Many customers don’t want that big overflowing baby-doll look and yet we continue to have it. It’s the same with color. If European designers for spring show salmon, yellow and ecru, have they thought about whether they look good on most consumers, and if it is what she wants?”