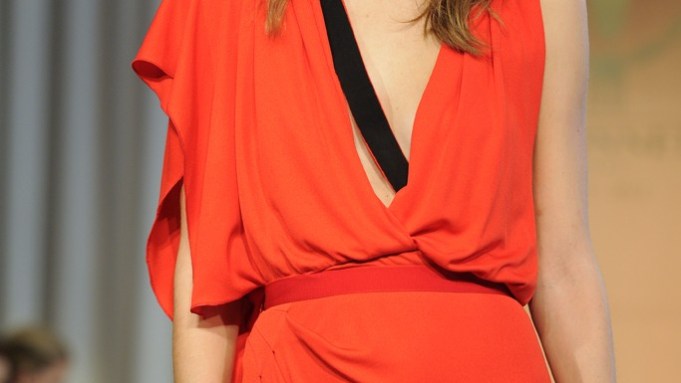 Ashkenazi, whose role is that of chairwoman and creative director, has purchased the remaining minority stake from Matteo Marzotto and his associates, including Marni’s chief executive officer Gianni Castiglioni, held through their CAMA Holding Srl vehicle. Terms of the deal were not disclosed.

Ashkenazi first took a majority stake in Vionnet in May.

“I’m pouring money, heart and soul into Vionnet. It’s my passion; I’m the first in in the morning and the last to leave in the evening, I’m entirely hands-on,” Ashkenazi told WWD. “I’m at my happiest now. I’ve always wanted to work in fashion and now the pieces of the puzzle are falling into place.”

Former creative directors Barbara and Lucia Croce left the company at the end of August and the entrepreneur said that, at first, it was not her plan to take on the creative direction of the brand. “It sort of landed on me in the middle of a season, and I jumped into it, but the collections were starting to go down, they were not being well received by the market,” she said, while the spring season shown in Paris in October, which she took a bow for, saw a 35 percent increase in sales from the year before.

Ashkenazi is putting together a new team and has added five designers, including Albino d’Amato, Angelo Bratis and Diego Dolcini.

D’Amato, a former assistant to Giambattista Valli at Emanuel Ungaro and a past winner of the Italian Vogue and Alta Roma-sponsored Who Is on Next contest, launched a collection in 2004 and has also worked with Emilio Pucci, Dolce & Gabbana, Versace and Les Copains. The Greek Bratis won the Who Is on Next contest last year, while footwear designer Dolcini counts his own namesake line and several design collaborations, including Pucci.

“They are strong and talented,” said Ashkenazi of the designers. “I feel I have a direction, a consistent idea and I’m clear with what I want to achieve,” she said, adding that she will continue to head the team “for the first few seasons,” without ruling out the appointment of a new creative director.

“There’s a fantastic energy now, we all work harmoniously, it’s almost like a family, there’s a nice atmosphere,” Ashkenazi said, adding that she’s thrown a few dinner parties in her new home in Milan to cement the camaraderie. While intent on keeping the brand French, Ashkenazi plans to maintain production in Italy, where there is the “best quality,” she said, and has invested in expanding Vionnet’s headquarters in Milan with an additional floor in the stately palazzo first selected by Marzotto and more space for the atelier. “I love Italy,” added Ashkenazi, who hails from Kazakhstan, was raised in Moscow and educated in the U.K.

To achieve this, she is considering building a retail network, which currently comprises a boutique in Milan and one in Kuwait City, and extending the brand’s product offer, while keeping the core focus on apparel. “Also, we should be much bigger in Asia,” she noted.

Europe accounts for 50 percent of Vionnet’s business, followed by Eastern Europe (20 percent), the U.S. (14 percent), and the rest of the world making up the remainder. There are 200 points of sale that carry the brand globally. Ashkenazi revealed that a deal to secure a space for a boutique in Paris fell through this week. “We will continue to look actively for a unit there to open in the near future with a new concept,” said Ashkenazi.

The entrepreneur said she felt the purchase of the brand was a “tremendous opportunity” for her. “Madeleine Vionnet remains an inspiration for the fashion industry today, and is a huge inspiration for me. Her pieces are our Bible, she was revolutionary, and had all the basics for what fashion looks to,” she said, remarking on how the designer liberated women from the more “corseted and constrained” styles before her.

Despite Vionnet’s brief career, the designer developed about 5,000 pieces, marveled Ashkenazi. “I’m having a fantastic time reinterpreting these designs. I’m drawn by the brand’s heritage, the tremendous history, the unsurpassed elegance and true chicness.”

While not disclosing details about future collections, she said the “incorporation between art, fashion and industrial design” is essential “to be revolutionary.”

Ashkenazi’s eclectic background may be of assistance in this goal. An Oxford University graduate in modern history and economics, she worked at Merrill Lynch, ABN AMRO and Morgan Stanley before starting her own business in oil and gas infrastructure construction and mining.

While conceding that, in today’s world, to compete with big conglomerates, linking up with or selling to a major luxury goods group may be in the cards for her down the road, Ashkenazi said she was fully committed to building Vionnet first.