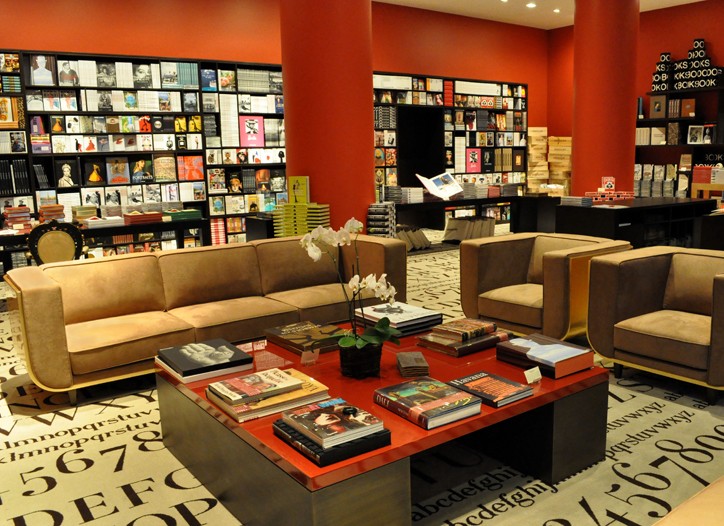 The New York-based company, founded 15 years ago in France by Prosper and Martine Assouline, has established itself as a tastemaker in the fashion world, which is a frequent subject of Assouline’s glossy picture books. An official partnership with the Council of Fashion Designers of America generates numerous books about American designers and the New York fashion scene.

In addition to fashion, subjects encompass art, design, lifestyles, travel and culinary arts. The books are always rich in history, but historical significance alone doesn’t merit an Assouline project, according to Martine. It also must have some contemporary relevance. Recent and upcoming releases include books on polo, architect Oscar Niemeyer, India, Pierre Cardin, American men’s wear, the Esquire covers of George Lois and the Deyrolle fire. Subjects needn’t be serious, though, as there are also Assouline books about bikinis, Barbie and dog fashion.

“The subjects come from what inspire us,” Martine said. “If the idea doesn’t seduce both of us, we just forget it.”

The couple gets pitched a lot of ideas, but rarely takes them. The main exception is a “commitment,” when a brand wants to be the subject of a book, usually timed for an anniversary, and agrees to minimize Assouline’s risk.

Although other publishers such as Taschen and Phaidon also produce books that appeal to the well-heeled, well-cultivated and well-traveled set, Assouline’s edge stems from the direct influence of its husband-and-wife founders, the arbiters in chief of the Assouline lifestyle.

Purveying this lifestyle are a constellation of new sites that opened in December: Saks Fifth Avenue corners in New York, Chicago and Palm Beach, and Assouline stores in Los Angeles and Las Vegas. These joined existing corners in stores such as Bergdorf Goodman, Neiman Marcus and Barneys New York. Early 2010 will bring corners at London’s Harvey Nichols, Lebanon’s Aishti department store and Sotheby’s in Paris. (Assouline already has a shop in the New York lobby of Sotheby’s and publishes the auction house’s catalogues.)

The Los Angeles store, on Melrose Place, is a unique hybrid concept in partnership with Bastide, the renowned French restaurant owned by commercial director Joe Pytka. Bookseller and eatery are integrated within a gated town house, comprising a library with a fireplace, a room of vintage books, and dining areas including a courtyard with olive trees, a nod to Prosper’s mother country of Morocco.

“You can eat, you can find a gift, complete your library, etcetera,” said Prosper. “We decided to be in this area because this street is very human for L.A. It’s very calm and welcoming. There is an organic market on the weekend. You really want to spend time.”

The Vegas store, on the other hand, is a pure Assouline concept and a template for future sites. Located in the Crystals, the luxury shopping component of the new CityCenter mega-development, its modern design marks a departure from the heritage style of the first Assouline store in the U.S., which opened at the Plaza Hotel in 2008. (A loftlike fourth store, the original, remains in Paris.)

Prosper designed the new concept with signature red walls, black-and-white “Didot” typeface carpeting, and black cubic “Mondrian” shelving to resemble a contemporary home library. The store carries about 25,000 volumes within its 2,200 square feet, with extra space dedicated to books on local specialties like gambling, cocktails and sports, while Los Angeles has more tomes on Hollywood and filmmaking. Vintage books, flea market finds, gilt-edged leather notebooks, tote bags and special editions, like an Oscar Niemeyer bookstand ($8,500) and a Goyard book trunk ($20,000), round out the offerings. Customers can even order the furniture if they like it. Shipping is available for everything.

All the stores offer library design services, as Assouline now wants to be known as much for custom design services as for books. Essentially, if a client wants to amass a library in a hurry, Assouline will design it, right down to curating a personalized collection of books.

“When you want to make a [luxurious home], you want to go to Boffi for the kitchen, Kohler for the bathroom, Frette for the bedroom, Assouline for the library. That’s the proposition we have,” said Prosper. “We bring in custom furniture, lighting, everything. It’s similar to how we do our stores — understanding the spirit of the location and playing off of that.”

“Equinox for your body, Assouline for your mind. Mens sana in corpore sano,” Martine says, quoting the maxim “a healthy mind in a healthy body.”

They don’t like to promote it, but Assouline also operates a small creative agency.

“The agency is a bit private. Under­stand: We do a lot of things. We create the ads for Chanel watches. The Harry Winston facade on Fifth Avenue with the birds and animals? We created that. We’re helping to create an identity for an American brand launching next year. But we don’t want to be known as another Chelsea advertising agency,” said Prosper. The preferred definition? “A medium of culture. There are luxury brands that make shoes, bags, etcetera,” he continued. “For us, it’s the same philosophy, for the same customer, done well and with respect, but with culture. Retail is superimportant for us because it shows the respect we have for books, the lifestyle around books.”

On the lookout for a downtown New York store location and more U.S. shop-in-shops, Prosper said: “I will really concentrate next year on the American market. The following year will be about China.”

Despite the challenges facing luxury brands now, Assouline is extending itself with confidence that it has a unique proposition, at least for now. Furthermore, books are budget-friendly in the sense that they enable someone to own and display a piece of a luxury brand — say, a “Christian Dior” book for $250, much less than the price of a handbag. The small books in the “Memoires” series cost only $19.

And just maybe, said Martine, “It’s a good time for the people who want to go back to books, to culture, to things like that again. I went to Manza in Italy to a UNESCO forum on culture. They were saying that now we are tired of globalization, and the answer to that is culture. We have to preserve culture and to exchange culture.”