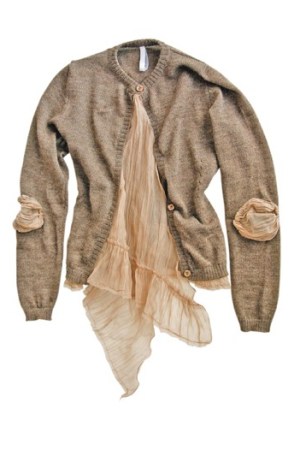 Designers & Agents is on a global mission in more ways than one.

The contemporary trade show is launching a Paris edition this fall and its New York show, which ended a three-day run at the Starrett-Lehigh Building on May 5, had a decidedly international flavor. Vendors ranged from New York to Milan and Sunningdale, England, and their inspirations and resources were equally wide ranging.

Case in point, Jai, a first-time exhibitor at D&A, used organic wool from Vermont and fair trade silk from India. Kizzy Knight is the U.K. native who launched the line, which wholesales from $23 to $205, last year. Knight aims for Jai to be “playfully regal,” she said. “It’s easy to dress up and dress down.” Bestsellers included a Tencel and linen jumpsuit at $102 wholesale, a Sunningdale Tencel dress at $85 and a Lady Ascot organic wool dress for $153.

Like Jai, Milan-based Barbara Brignone exhibited her Me Barbara Brignone collection as part of the D&A’s Green Room. Her line of romantic separates was inspired by Hans Christian Andersen’s tale of “The Little Match Girl,” mixing silks, sheens and lace to create knitwear items with an ethereal feel. “I use almost only 100 percent natural fabrics,” said Brignone, whose bestsellers include a wool, organic alpaca and silk cardigan for 125 euros, or about $160 at current exchange.

Injiri was another newcomer to D&A, and the Jaipur, India-based collection designed by Chinar Farooqui offered a collection of handwoven items dyed in natural indigo, with details such as madras checks. Wholesale prices range from $70 to $90 for scarves to $200 to $250 for dresses and $300 for jackets.

Vanessa Diserio, vice president at the Erica Wilson boutique in Nantucket, Mass., said business has been picking up. “People are coming out and shopping, but I would say they are much more aware of value and more conservative in their expenditures,” Diserio said. “We have brought in more merchandise at varying price points to accommodate our shoppers.”

At D&A, Diserio said she was looking for “new and interesting vendors” and to “touch base with existing ones.”

“The show has a social conscience, which is lacking at the other shows,” she said. “D&A is smaller, more sophisticated and keeps in touch many of the values I like to represent in our shop. Although we do have some vendors still manufacturing in China, we try to find merchandise that is produced and designed here, or items that somehow give back to the community that [they are] made in.”

D&A featured 50 collections across 43 booths, and registered a 10 percent increase in attendance from last year.