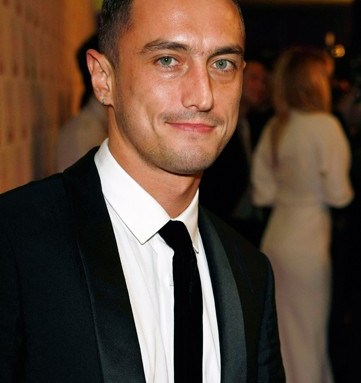 For more than a decade, the British economy had been racing forward, with house prices swelling, the financial services industry flourishing, and consumer confidence at an all-time high. Oligarchs, oil barons and the world’s uberrich flocked to London for its luxury real estate, shopping and hip,
cosmopolitan vibe.

Seemingly overnight, though, everything has changed. The country is bracing for a recession, property prices are falling, mortgages, food and energy prices are on the rise and consumer confidence is deflating.

Late last month, Britain’s chancellor of the exchequer — the equivalent of its treasury secretary — said the economic times that Britain is now facing “are arguably the worst they’ve been in 60 years.” At the beginning of this week, the  once-almighty pound sterling was valued at $1.76 — 8 percent  less than just one month ago.

Austerity is the word of the day, but while times may be tough, many Brits have quickly — and some would say enthusiastically — begun to embrace a new way of life.

They are flocking to TK Maxx, the designer discount outlet, which recently opened a 20,000-squarefoot store on Kensington  High Street — a ritzy neighborhood — and into charity shops, where sales are reported to be booming.

The new mood even appears to have swept to Buckingham Palace itself: Last week, the British press reported that Prince Philip asked his Savile Row tailor to alter a pair of trousers made 51 years ago — to a narrower, more contemporary  shape.

London’s fashion industry, too, has rapidly snapped into action, with many designers and labels offering a broader range of products — and price points — to appeal to newly cost-conscious consumers. They are also keeping a closer eye on costs and focusing increasingly on new markets to help stimulate growth. And they are all counting on the weakening pound to spur exports.

“You’re forced to think on your feet and that’s not always a bad thing,” said Giles Deacon, who sees these new times as a challenge.

“There are some people out there who assume the credit crunch  won’t effect luxury goods — but I think that’s a head-in-the-sand approach,” he said. “I think stores are going to be much more cautious about buying this season, so we’ve tailored the spring collection to have more varied price points.”

To wit, Deacon’s spring collection will include dresses costing 700 pounds, or $1,232, at retail — a lower price point that Deacon has never offered in the past. “Our customers are still going to get good quality pieces, it’s just that we’re doing a bit more commercial versions of our designs — simpler shapes with good details,” said the designer, whose retail prices normally fall in the area of 2,000 to 2,500 pounds, or $3,520 to $4,400.

Like Deacon, designer Richard Nicoll is offering more choice for spring, even though he’s already off to a strong start. Nicoll said pre-spring 2009 has been his best season yet.

“We were pleasantly surprised,” said Nicoll, whose collection  sells in the U.S. at Barneys New York, the Wynn in Las Vegas  and Opening Ceremony in Los Angeles. Most recently, Net-a-porter took him on for pre-spring.

But healthy sales have not stopped him from making certain adjustments for harder times. Nicoll said he’s paying much closer attention to budgets, and negotiating harder with his factories in France, Poland and London. In the past, he said, “we’d throw caution to the wind,” and not pay too much attention to the cost of making a garment.

Nicoll has also begun planning his clothing range more carefully to include less expensive pieces and a wider variety of fabrics and colors.

The designer, known for his detailed, often elaborate white dress shirts, is also moving ahead with a separate shirt collection.

“The line has been working out well for stores that can’t necessarily afford the main line,” he explained.

Nicoll’s planning has already begun to pay dividends: The company is turning a small profit and he expects to have a minority investor on board within the next six months. For spring, he said the collection would be colorful — “a push into optimism.”

Even accessories-driven labels, such as Mulberry, are finding  ways to insulate themselves during the credit crunch. Although sales have been thriving at the brand — in the year to March 31, sales rose 13.5 percent to $102.7 million from $90.4 million — the company is taking protective measures.

During the Christmas season, for instance, it will offer a range of lower-priced items.

“It’s Christmas so people can’t not spend money, and we want to be the key destination for gifts,” said Vanessa Lunt, Mulberry’s communications director. The brand will be offering key rings, holders for Oyster cards (the plastic transit cards used on subways and buses in London), and other small leather goods with an entry price of 49 pounds, or $86.

Mulberry also plans to create a special Christmas brochure and mailing to promote itself as a destination.

The company, which launched footwear for fall, is also counting on that category to stimulate sales. “Shoes are half the price of bags, and they’re a great way for us to attract new customers,” Lunt said, adding that the 300 pounds, or $528, flat lace-ups in suede and patent leather, are proving to be particularly good sellers.

As designers execute their new strategies, the British Fashion Council is working to promote the homegrown talent abroad.

This season, from Oct. 2 to 7 during the Paris collections, the BFC will hire a showroom at 40 Rue de Richelieu in Paris to showcase winners — past and present — of the Fashion Forward and New Generation sponsorships. Called London Rocks, the showroom will sell collections by labels including Erdem, Todd Lynn, House of Holland, Danielle Scutt, MeadhamKirchhoff, Linda Farrow, Natasha Stolle, David David and Louise Grey.

Besides providing commercial space for the London names, the BFC has also been ramping up its business mentoring. In early August, the council hosted a marketing seminar for designers and fashion houses on the growing power of Russia and the Commonwealth of Independent States, South Korea and the Middle East.

“The seminar was aimed at helping designers broaden their markets, explore new business opportunities, and teach them to protect themselves against times like these in the future,” said BFC chief executive Hilary Riva.