The watchmaker has adopted a slow growth model in the vast market. 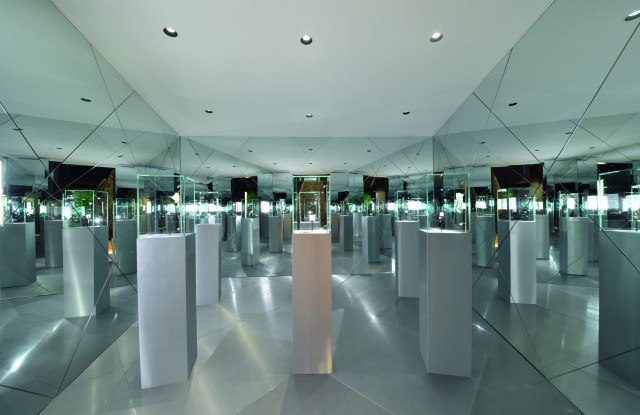 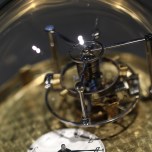 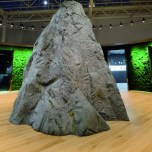 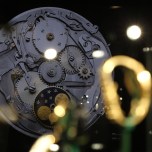 SHANGHAI — Compared with other high-end watch brands in China, Audemars Piguet has flown largely under the radar — until now.

Though it has a long history in China — vice chairman Olivier Audemars recalls his grandfather’s trips to the Far East in the early 20th century to sell watches out of a suitcase – the family-owned Swiss company resisted the urge to market aggressively to Chinese consumers during the luxury watch boom years, preferring to take a slow and steady approach.

This strategy is being tweaked somewhat with a new exhibition — “To Break the Rules, You Must First Master Them” — at the Yuz Museum in Shanghai’s West Bund art district, running until Nov. 13.

It showcases 200 of Audemars Piguet’s finest timepieces, and recounts the brand’s history. Founded in 1875, it is still controlled by the families of its cofounders Edward Auguste Piguet and Jules-Louis Audemars.

“We are not that well-known [in China] yet… and we have to do more to tell people about what’s behind the brand,” chief executive François-Henry Bennahmias said at the exhibit’s opening in Shanghai on Thursday.

While more high-profile names in the luxury watch market have suffered over the past several years, due partly to President Xi Jinping’s continuing crackdown on conspicuous consumption, Audemars Piguet hsa managed to continue its slow and steady growth.

“Even when the business went down in China for the watch industry, for some brands more than others, I can say Audemars Piguet hasn’t seen any decline in business over the past five years. We kept growing the business, though some countries went slightly down and others went slightly up,” Bennahmias said, adding that “anyone who says China doesn’t have a bright future…would need to take pills, I guess.”

Olivier Audemars said he feels positive about the brand’s potential as Chinese luxury watch connoissuers focus more on the mechanisms within timepieces, and less on bejeweled exteriors.

Audemars Piguet limits its production to 40,000 watches per year is reducing its points of sale, down to about a goal of about 200 from 550.

“We started this strategy five years ago, so before the market really started to go down. We had a pretty good year last year and I am optimistic about this year that we will grow within this limited quantity that we’ve decided to produce,” Audemars said. “What we’ve learned from history is that it’s extremely dangerous to put all of your eggs in the same basket. Many brands went full speed into the Chinese market and we continued to work hard at markets that were more difficult at the time, like Europe or the U.S. When it comes to China we will work slowly.”

Exhibition designer Mathieu Lehanneur installed a large, circular space in the Yuz Museum, with a rocky mountain peak at its center. Around the circle, 12 doors, placed to recall the 12 hours on a watch face, open to 12 separate rooms, each of which focuses on a different aspect of Audemars Piguet’s history, homeland, founders, complications, plus a room devoted to a video art piece from Chinese artist Cheng Ran.

“In this video I wanted to deliver a message about time, a very important element in all our lives, I want to tell people we need to treasure the time,” said Ran, who made the piece during a 10-day stay at watchmaking center Vallée de Joux.

Following its run in Shanghai, the exhibition is slated to tour other art capitals from 2017 onwards.