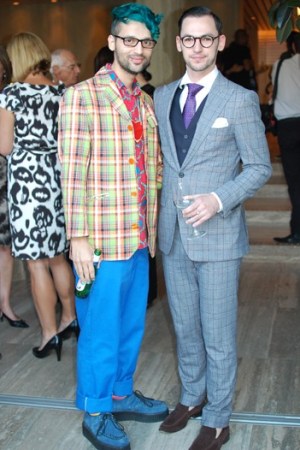 SYDNEY — “Brana Wolf can help get an internship at any fashion label in the world.”

This story first appeared in the December 29, 2010 issue of WWD. Subscribe Today.

So noted Malcolm Carfrae, Calvin Klein Inc.’s executive vice president of global communications and a co-founder of the 18-month-old Australians in New York Fashion Foundation mentoring initiative. He also was the emcee at a party last week in his hometown of Sydney to unveil the foundation’s second annual grant.

“I’d like to see it as almost an expat training program — ideally we’d love to partner with one of the academic institutions in Australia,” said Quay, former studio manager for Steven Meisel and executive editor of V Magazine who, on Jan. 11, will reveal the name of the director of her new film, “Fabulous Nobodies.” Hint: His name was recently linked with a high-profile fashion documentary.