The show is geared at showcasing the lasting influence of the brand’s namesake founder Loris Azzaro. 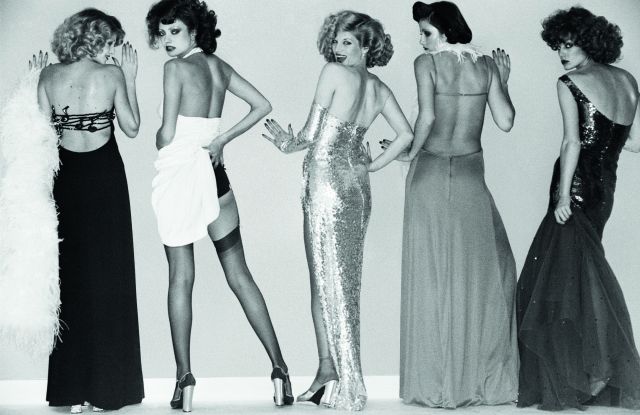 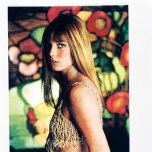 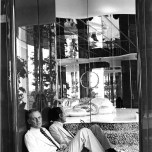 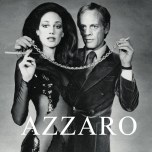 PARIS — Make way for an Azzaro revival. Marking 50 years in business and its recent reboot under fledgling artistic director Maxime Simoëns, the heritage Parisian fashion house on Wednesday cut the ribbon on a temporary retrospective in a wing of the Musée des Arts Décoratifs here. The exhibition is geared at showcasing the lasting influence of the brand’s namesake founder Loris Azzaro.

Titled “Azzaro, Fifty Sparkling Years” and located in the site’s two-story Hall des Maréchaux, the intimate show presents 50 looks in a disco-tinged Seventies decor. They span the iconic trois anneaux (three-ring) dress created by the designer in the late Sixties and recent interpretations by his successors, in particular Vanessa Seward, a former assistant to Azzaro, who took over the studio following his death in 2003, and Maxime Simoëns, who joined in 2017. He succeeded Arnaud Maillard and Alvaro Castejón, who parted ways with the house in July 2016 after three years.

Installations in the show, curated by Emmanuelle Hutin de Maintenant, were inspired by archival photographs of Azzaro, including one of him reclining on a pile of David Rucli-designed lamé cushions taken in 1975 and another of the designer posing in the bathroom of his apartment on Avenue Foch, surrounded by three models wearing his creations.

Beyond Azzaro’s codes — think draping, flowing bias-cut jersey with Greek and Roman inspirations, suggestive transparencies, lamé and graphic necklines – the aim, said the brand’s chief executive officer Gabriel de Linage, is to open the public up to the world of a house that has remained relatively under the radar. It’s also to share the values of the Azzaro woman.

“Especially in the context of today, with all the scandals going on in Hollywood, the Azzaro woman has her place. She has always been a symbol of independence; she is modern and free, hyper-feminine and sensual, but never an object. She has a certain nonchalance,” said de Linage, who upon joining the house in 2016 set about segmenting the collections into three categories: Azzaro Couture, the “spinal column” of the house; the relaunched premium women’s and men’s ready-to-wear lines, and a diffusion line geared to the French market that’s managed by partners.

In its Seventies heyday, jet-set fans of the brand, known for its festive, glamorous eveningwear and goddess gowns, included Jane Birkin, Marisa Berenson, Raquel Welch, Joan Collins and Brigitte Bardot. Archive photographs by Helmut Newton and Guy Bourdin feature in the show, as well as a shot of Tina Turner shimmering in a Lurex and chain mini from the early Seventies.

The Paris exhibition will wrap on May 6.

Born to Italian parents in Tunisia, Azzaro studied literature in Toulouse, France, before moving to Paris in 1962. He started in fashion with jewelry and bags, and founded his couture house in 1968, encouraged by the editorial success of a jersey gown with circular cutouts, famously worn by Berenson.

In 1992, the designer launched a men’s wear line, but he was best known for his fragrances. (Azzaro’s worldwide market share in men’s fragrances was once estimated at up to 10 percent.) Parfums Azzaro was acquired by Groupe Clarins in 1995.

While fragrance long overshadowed the clothes, Azzaro’s designs gained new currency in the early Aughts as Hollywood actresses began favoring vintage on the red carpet. Nicole Kidman, for example, wore a white, fringed Azzaro to the “Moulin Rouge” premiere in 2001. (A shot in the exhibition of Carine Roitfeld in a Trois Anneaux dress taken by Mario Testino in 2003, shortly before Azzaro’s death, nods to the period.)

In 2002, Compagnie Frey bought the Azzaro fashion house to expand its luxury division. Since 2006 it has been under the ownership of Andorra, Spain-based private equity firm Reig Capital Group.

In terms of stores, the brand is still based out of its historic headquarters at 65 Rue du Faubourg Saint-Honoré, with its original boutique opened in 1970, and will open a men’s store in the Marais district in the second semester of the year, said de Linage, who since his arrival has also been streamlining the brand’s distribution network. The executive declined to share revenues but said that with the relaunch of the men’s and women’s ready to wear lines, the brand has doubled its sales for 2018.

The collections were presented in January as part of the official couture schedule for the first time in the house’s existence.