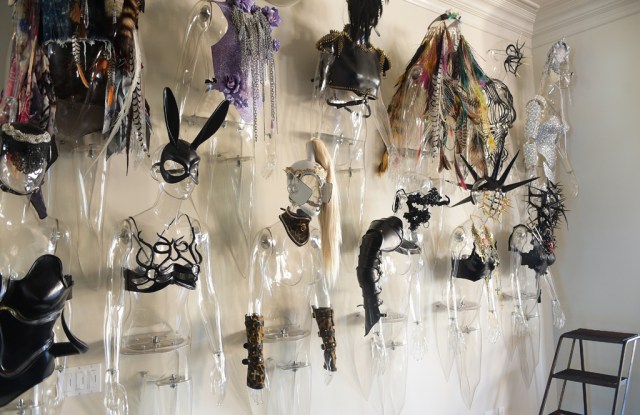 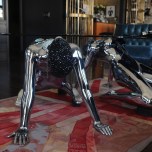 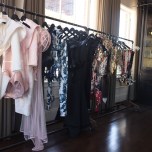 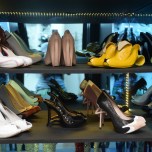 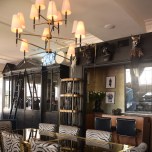 LOS ANGELES — She has the power to pluck designers out of obscurity by putting their creations on stars like Madonna and Beyoncé, but what stylist B. Akerlund lacked was a visual database for the thousands of photographs and look books that flood her in-box daily.

Now she has one. It took three years to create, but Akerlund’s Whoyouare.com will launch today combining resource guide, real-time discovery tool and marketplace into a sleek, photo-driven Web site and app.

“So many designers [message] me on Facebook, Instagram and Twitter and I didn’t know what to do with them all. A lot of them would fall through the cracks. I wanted a system so that when a hat designer contacts me, it goes into a hat file, and when I’m prepping for a job, I can search all hat designers. I built the idea to meet my needs, but if I need it, I figured other people will, too,” Akerlund said.

The site is also a launching pad for up-and-coming talent. “I live for discovering the next big thing,” she said. “I found some woman on Etsy called Steampunk Wolf. She’s from Northern California and works out of her garage, and now she’s Madonna’s favorite glovemaker.”

Akerlund hopes the WhoYouAre platform gives the same opportunities to others, such as local designers Valerj Pobega, Bradley McPeek and Mishka Piaf or those more far-flung, like Maya Hansen of Spain or House of Malakai from Bali. “Most people have no idea how to get in the right magazine or on the right person, or how to make a business. And no one’s nurturing them. Because I’m in the position I’m in, I can do this right, and hopefully make a difference,” Akerlund said.

With backing and tech support from her native Sweden, Akerlund partnered with Los Angeles-based chief executive officer Cynthia Vigil, whose last company was a streaming social media site called UVidi. The site will launch with 87 designers from 13 countries. Akerlund initially created WhoYouAre so stylists could communicate with designers, but she expanded membership (by invitation only) to editors, photographers, art directors, cobblers, furniture makers and other creatives. Each member’s profile contains photos of their collection or portfolio and links to buy their pieces or contact them for work; the community can selectively share images or post requests for specific pieces.

In addition to the ability to scroll through images and rate them, file them and add credits, members can search other members by profession or location. “It’s like Grinder for fashion,” joked Akerlund, 40.

“I wanted more than Instagram. It’s great to follow people, but if you’re not on the app, you miss a lot.”

WhoYouAre also has a physical component called The Residency, a whimsically decorated suite of showrooms at Hollywood and Vine that features the work of 60 designers. Here, stylists and editors can curate, prep for jobs or discuss collaborations. Mannequins bearing Akerlund’s visage line one wall, and another sports heads and busts all decked out in her favorite headpieces, breastplates and masks. Another wall is covered in movable hand figurines that hold necklaces and bracelets. A glass “refrigerator” houses rows of shoes and a giant case shaped like a dollhouse contains shelves and drawers of accessories and jewelry. There is also a dedicated space for her bag line Le Snob, launched for spring 2015.

“While starting my own line, I realized how hard it is in the fashion industry, from legal issues to manufacturing to selling to ‘how do you even tell people that you are alive?’ Everyone has the same problem. I thought, ‘Why not create a one-stop shop?’”

It’s also where Akerlund meets designers to provide feedback and guidance. There’s no charge to display in The Residency, but she’s a tough judge of who gets in. “I take a lot of personal time walking designers through what I think they should do and what would sell. You need a ‘wow’ piece, but you also need the cupcake that will make the dough,” she said. Vigil also spends hours Skyping with designers overseas to determine who they’ll feature on the WhoYouAre.

“We spend a lot of time making sure they have the structure within their organization to take it to the next level, from pricing and whether they want to do commercial pieces, to making introductions to retailers. All the things they aren’t taught in fashion school,” said Vigil, who added that the company eventually plans to build retail platforms for members.

“Some people call me the fairy godmother of fashion because I’m passionate about finding new talent,” Akerlund said. “At this stage in my career, it’s not about me, it’s about bringing together lots of me’s to make something amazing.”