The French fashion house’s new site, slated to go live this week, is equipped for e-commerce in the U.S., France and the U.K. 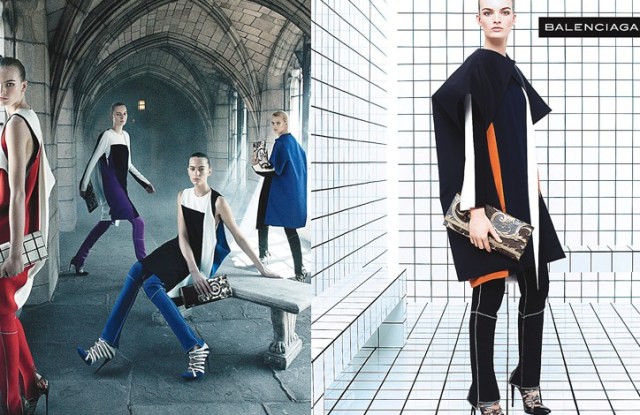 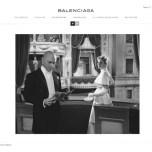 PARIS — Despite its devotion to experimentation and futurism, Balenciaga has remained old-fashioned in one aspect — its rudimentary Web presence.

Taking a quantum leap into the burgeoning digital world, the French fashion house’s new site, slated to go live this week, is equipped for e-commerce in the U.S., France and the U.K., selling complete product ranges, including runway ready-to-wear. And while skimpy on text, the high-tech site has oodles to say via imagery: More than 3,000 photographs and 200 videos.

“It’s important to be able to show things in movement,” said Nicolas Ghesquière, the PPR-owned luxury brand’s creative director, who also plans to conscript “visual artists” and famous photographers to produce short movies for the site. “It’s almost like a daily magazine now: It has to be really alive,” he said. “Like everyone, we want to have a good amount of traffic.”

The first short film, done by Steven Meisel and showcasing Balenciaga’s resort collection, is due to go live shortly. Ghesquière plans to populate the site with behind-the-scenes videos of his campaign shoots and shows, with Kate Barry the first to document the backstage drama at one of the hottest — and toughest — tickets in Paris.

Indeed, the Web site is the antithesis of the ultraexclusive show, designed to give a “maximum of information,” Ghesquière said, likening it to a television channel. “I like the idea we can watch Balenciaga.”

The designer said he’s energized by the democratic nature and global reach of the Internet — and glad he waited for technology to catch up to his exacting standards. Tablet devices, which came onto the market as the site was in development, offer such high-definition imagery as to be able to convey the quality of leathers, or the finishing on a sandal, with no margin for error or sloppiness.

“It’s very serious. I love that as a perfectionist. I think it’s great to show how much we work on the quality,” he said. “It was important to make it beautiful, sharp and very functional and technical, too.”

The widespread appearance of top models, even deep into the e-commerce sections, and the preponderance of full-screen options are among unique features of the site.

Next year, the company plans to roll out online sales to Japan and additional European countries.

“There is a lot to look at,” said Ghesquière, who singled out a Kublin photo of a 1967 wedding dress by house founder Cristóbal Balenciaga as one of his favorites on the site’s heritage section, which boasts scores of just-unearthed images. Marlene Dietrich and Ingrid Bergman are among stars of yore shown wearing creations for the screen.

Yet modern-day products are the stars of the site, with the option to share, buy or view full-screen each article, spanning capsule lines, archive-inspired Edition pieces, men’s wear and accessories.

In tandem with the Web site launch, Balenciaga plans to increase its Twitter activity and has wrested control of a Facebook page created by an unknown person that amassed more than 250,000 fans. Like the site, the page is to be image-driven.

Until now, Ghesquière said he used YouTube to try to find archival imagery of the reclusive Spanish founder. In general, he utilizes the Internet as a research and informational tool, rather than a venue for social networking.

Ghesquière noted he shops online for casual clothing, especially hard-to-find Japanese labels and items for the home. His latest purchase was a dog bed from thestylishdogcompany.com for his Labrador, named Frédéric.