The opening of the 1,150-square-foot Dallas unit was driven by demand, as was the unit slated to open in Santa Clara, Calif., home of Silicon Valley. 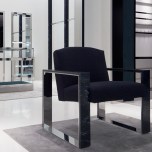 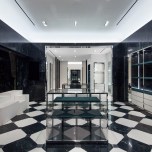 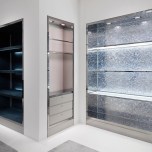 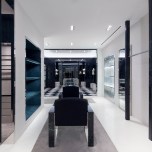 “We have other opportunities, too,” said Isabelle Guichot, the company’s chief executive officer. “It’s too early to set a time, but we have some plans on the East Coast, West Coast and Hawaii.”

Guichot envisions 15 stores in the U.S. for “good coverage and exposure.” The 1,150-square-foot Dallas unit was driven by demand, as was Santa Clara.

“We know there is an opportunity to present the full-fledged collection because we’ve had requests,” Guichot noted. “They contact us through e-mail, they call us, they look on the e-commerce site and say, ‘Where can I get this in Texas?’ Then they go to other stores when they travel. It’s a constant dialogue with them on social media.”

Guichot said her team was careful to select runway pieces for Dallas since local clients have “fashion savvy and an extremely educated eye in terms of ready-to-wear.”

Balenciaga also sells to Neiman Marcus, Barneys New York and Bergdorf Goodman, which was the first department store with a Balenciaga boutique to get the new decor last year. The second will be in a new shop-in-shop at Neiman’s in Chicago.

“Anytime there is an opportunity to move or expand our presence we will do a new shop,” she said.