Swiss brand celebrates 160 years with a capsule collection, a new online store in China and plans for new brick-and-mortar locations. 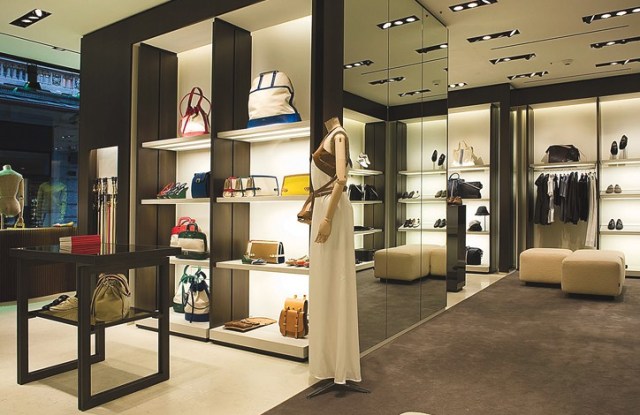 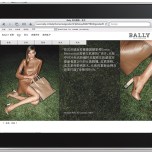 MILAN — Bally is marking its 160th anniversary this year with a capsule collection, the launch of an online store in China, which went live on May 4, and the opening of a store today in its home country, Switzerland, in Lugano.

This story first appeared in the May 5, 2011 issue of WWD. Subscribe Today.

“Bally has been present in China for the past 25 years, and now we want to be pioneers in e-tailing in the region too,” said Berndt Hauptkorn, the company’s chief executive officer. The site is operated by Yoox, which also runs bally.com, which launched in Europe and the U.S. in 2009. Bally.cn offers special size conversions, delivery to more than 400 cities, free returns, customer care in Chinese and purchases processed in yuan. “The idea is to have a full representation of the brand online,” added Hauptkorn.

Bally has 60 stores in China, and the region accounts for one-third of sales. Hauptkorn declined to provide company revenues. The company is owned by Labelux Group, a Vienna-based luxury goods holding group that also controls Derek Lam and Solange Azagury-Partridge. However, Hauptkorn said Bally’s 2010 figures were in line with those of 2009.

A new brick-and-mortar store will open in Hong Kong at the Elements Mall next week. A boutique is also slated to open in Tokyo’s Ginza district at the end of August or in early September.

Bally has also been focused on developing its business in Switzerland. Last year, it opened units in Davos, Saint Moritz and Lausanne and refurbished a store in Lucerne. “This is part of our strategy. We are a Swiss brand,” said the executive. That said, it is also a global company with 234 stores, of which 75 are franchised; 336 points of sale; 93 duty free venues, and 25 outlet stores.

In September, Bally will launch its anniversary pieces. “We want to combine a message with a product that customers can buy into and it will be one that speaks about craftsmanship,” said Hauptkorn, noting that brogueing, shoes’ decorative perforations, will be used on different categories, such as women’s bags. “We are using heritage motifs as design details in modern and luxurious categories, not only traditional ones,” he said. “Our key goal is to be strong as a modern craftsmanship brand with a higher sense of modernity and contemporary design.”

Of Bally creative directors Michael Herz and Graeme Fidler, who joined the company in spring 2010, he said they are “contributing to rejuvenate the brand with very modern and desirable collections, combining quality and craftsmanship and finding the right balance between the two elements.” Hauptkorn expressed optimism about future business, leveraging on the “longevity of the Bally product.”