The designer leveraged high-tech means to reveal the humanity behind the collections, interspersing VR razzmatazz with footage of seamstresses and embroiderers toiling at home.

Already uber-active on social media, Olivier Rousteing has also spawned an avatar to help Balmain unveil its next cruise collections for women and men.

On June 15, the French fashion house will open its first virtual showroom with Rousteing’s 3-D likeness playing host and guide. He is to recount the backstory of the collections, realized under lockdown due to the coronavirus pandemic, and unleash a “Balmain army” of virtual models to present key looks.

In an exclusive interview on Monday, Rousteing said he leveraged high-tech means to reveal the humanity behind the collection, interspersing CGI razzmatazz, Zoom meetings and WhatsApp groups with footage of seamstresses, tailors and embroiderers toiling at home, pausing occasionally to celebrate a colleague’s birthday.

“People are more interested in the process that goes into the perfect picture that you see at the end,” he said. “One word that is becoming very important is savoir-faire. It’s what brings out the uniqueness of your clothes.”

With many international borders still shut, Balmain realized few retail buyers would be making the trip to Paris to buy cruise and pre-collections, even though Balmain’s clothes will be hung in a physical showroom for several weeks.

To wit: Visitors to the digital showroom can “discover the collection 360 degrees, and learn the storytelling behind the collection,” said Rousteing, whose avatar greets visitors at the tall doors to 44 Rue François-1er, the hôtel particulier where Pierre Balmain founded his couture house in 1945. Today, the building houses a Balmain boutique, and some of its offices.

“It’s going to be like getting into the Balmain world from far away, but at the same time feeling really close,” Rousteing remarked. Visitors to the interactive “digital house” can visit various rooms to discover a variety of content.

The designer said he was “really particular” that his avatar was able to convey true expressions and emotions — the latter being one of the tougher things to transmit in digital formats. He heightened this by recording his voice for the narration and choosing his words carefully.

Behind-the-scenes videos also help animate the proceedings and capture the lively, collaborative spirit of the house. “There’s real passion behind everything we do,” Rousteing stressed.

Some elements are purely for amusement, including videos of some of Rousteing’s favorite musical performers from his confinement playlist.

Balmain worked with a variety of tech companies in recent months to build its virtual showroom. “We wanted to make sure it was closest to the Balmain DNA,” he said. “It’s a long process. Digital is much more complex than any real experience because everything has to be planned in advance. You cannot change much at the last minute so you need to be really focused.” 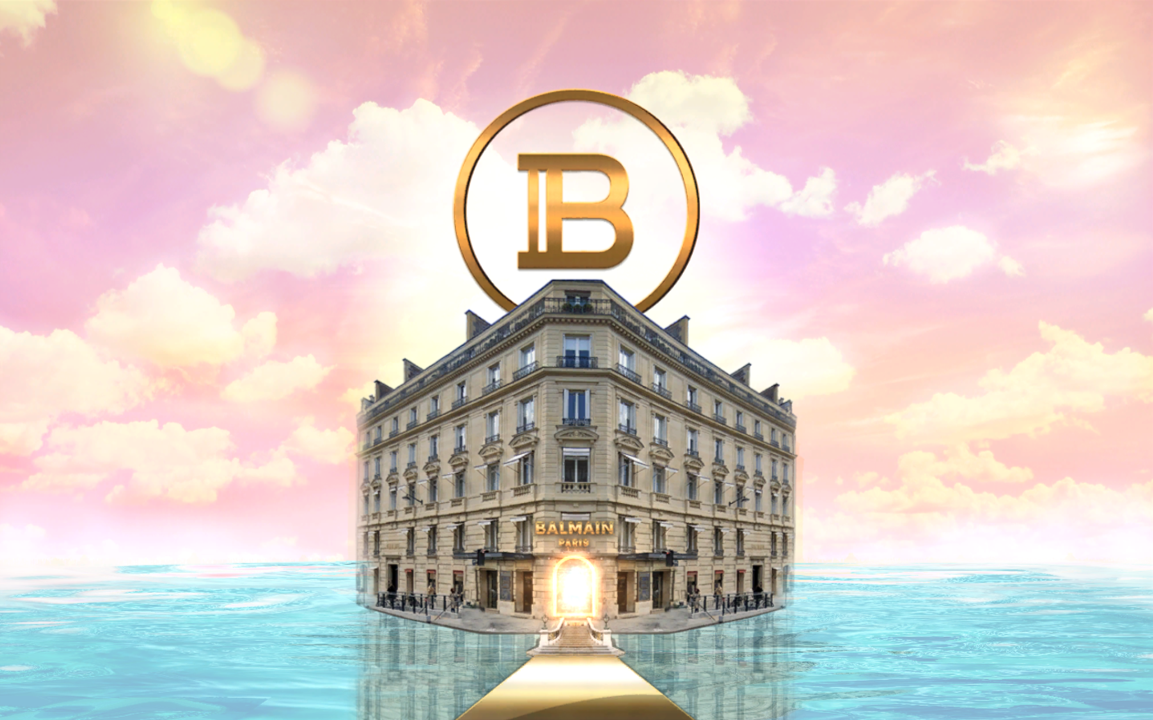 The designer hinted he would present the cruise collections to press in “a completely different way, really soon.”

“There is the press and there’s the buyers and it can’t always be the same experience,” he argued.

The virtual showroom will be housed at a password-protected site. Roughly 70 percent of Balmain’s revenues are from wholesale distribution.

Looking ahead, Rousteing said he hopes to be able to mount a physical fashion show during Paris Fashion Week this fall.

“I might be one the most digital persons in the fashion industry, but there’s one thing you cannot bring into digital today and that’s the emotion of a real experience,” he said.

While allowing that technologies are advancing quickly, “real emotion is something you can only get when you’re close to the clothes as well.”

Making the Case for Runway Shows

The Best IRL Shows of All Times According to Industry Experts