Balmain's second U.S. retail store is the first to showcase the newly relaunched accessories collection and hints of its new retail concept. 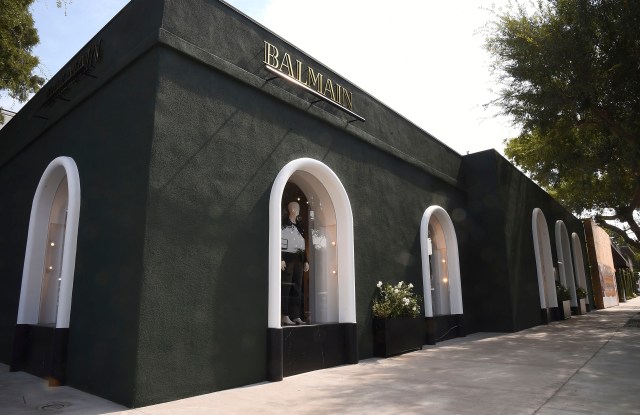 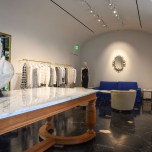 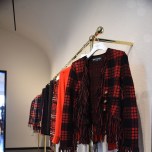 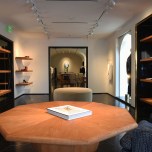 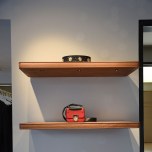 LOS ANGELES — Balmain today opens its first West Coast flagship, at 8421 Melrose Place in West Hollywood. The 2,400-square-foot, one-story boutique will be the first freestanding store to house the complete offering from the recently relaunched accessories line, as well as the brand’s men’s, women’s and kid’s clothing collections.

The Los Angeles unit will also feature design elements of the new store concept, which is still “a work in progress,” according to chief executive officer Massimo Piombini. The fully realized retail concept will make its debut next year at a location that has yet to be determined.

“For as long as I can remember, Los Angeles has always been this incredible source of dreams and inspiration. Pop culture actually made me fall in love with the city even before I had set foot in it,” said Olivier Rousteing, Balmain’s creative director. “Later, my California friends introduced me to the singular lifestyle, relaxed glamour and exhilarating openness, diversity and freedom that one finds there, and that intoxicating West Coast spirit has been reflected in my collections. So, in many ways coming to L.A. is almost as much as a homecoming as the opening of a new flagship.” Rousteing and Piombini will celebrate the store with a private party next Thursday.

“Opening in Los Angeles was an easy decision for the brand to make,” said Piombini. “The success of our year-old New York flagship makes very clear to us that the States is a strong market for Balmain. We also know that the house has a very loyal clientele in California—due in no small part to Olivier’s channeling of his love for the West Coast into his collections. This new address now allows us to present a much more complete selection than we’ve been able to do up to now.”

Still, Piombini noted that “L.A. is a very specific city in terms of retail. It is very difficult to count on foot traffic, even on Rodeo Drive. It’s not a luxury mall city like Miami, Dallas or South Coast Plaza. So the strategy is really about clientele-ing. There is a lot of consignment; the stores send pieces to everyone so they can stay at home and shop.”

The hope is that the new store will be inviting enough to lure shoppers out of their houses. In the midcentury, dark green stucco structure, originally built in 1948 on the tree-lined street that once housed the studio stars’ private offices and apartments, Paris-based architecture firm Studio KO aimed to channel Balmain’s history, while reflecting Rousteing’s modern DNA and adapting to the neighborhood’s style and California’s design sensibility.

A large rear garden, filled with low green plants and white flowers and paved with alternating black and grey stones, completes the Southern European residential feel. “We wanted to create an exclusive store in which luxury is expressed by the right proportions and the right rhythm, rather than by an avalanche of expensive materials,” said the architects.

“More than tech gimmicks, the new store is an opportunity to show to customers this new accessory line. The bags and shoes you will see are the first ones released; the real first collection was just presented two weeks ago,” said Piombini, who said that eventually accessories could account for at least 20 percent of the business.

“At the moment we are mainly focused [on] regions where we are more famous [on] ready-to-wear but we are beginning a serious expansion in Asia, and when we do that accessories will have an important role.”

When Balmain was acquired last June by Mayhoola for Investments, the five-year plan called for aggressive retail expansion. Today Balmain’s business is 90 percent wholesale, but Piombini expects that its retail business will grow to 45 percent in three to five years. There currently are 16 freestanding stores.

“This means five to 10 stores a year will be opening,” he said. “China has been underdeveloped up to now but the U.S. is also a natural landing for the new strategy.”

Piombini, who was appointed ceo three months ago after stints at Valentino and Bally, calls the company “an open workshop. Every department is under reconstruction.”

E-commerce will be shifting from an internally managed department to a partnership with a third-party site, the terms of which are still being negotiated. “The web site and the e-commerce will be completely integrated by 2018. We have to start thinking a little bigger. Olivier is a very digital person so we have to be on the same level in the way we communicate ourselves digitally.”

The ceo called the creative director “one of the most important assets” for Balmain. “He’s so close to the customer, and his awareness is incredibly high considering his young age. That makes him very
relatable for Millennial customers that everyone is trying to get now.”

Piombini noted that Rousteing is also “very close to the business and understands the numbers and what the market wants and needs.”

While Rousteing’s six-year tenure seems long compared to recent short-lived appointments, Piombini said he and the shareholders are doing their best to keep him at the house even longer.

“You want to secure your jewels. You can never know, but we are creating the conditions for him to be happy for many years.”