The store marks a new development phase for the French house, in recent years focused largely on fast-growing Asia.

By Miles Socha and Lorelei Marfil on February 11, 2015
View Slideshow 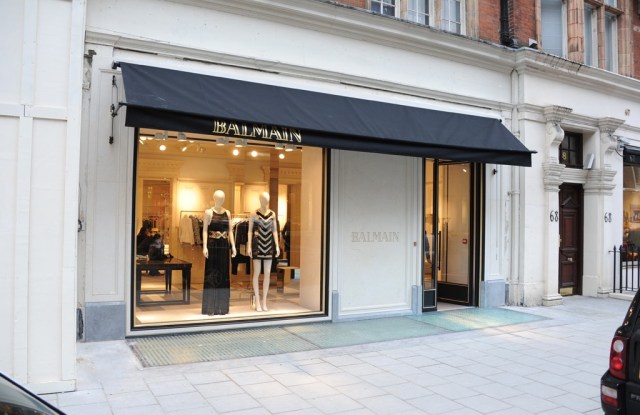 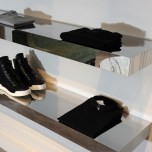 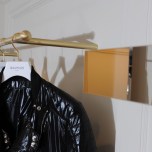 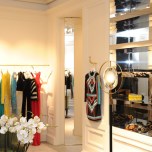 Balmain has opened a London flagship, marking a new development phase for the French house, in recent years focused largely on fast-growing Asia.

The 2,350-square-foot unit on South Audley Street in Mayfair should generate first-year sales of 2 million to 3 million euros, or $2.3 million to $3.4 million at current exchange, and help the brand cultivate a broader local clientele in addition to tourists from the Middle East and Asia, said Emmanuel Diemoz, Balmain’s chief executive officer.

Diemoz said the next step is a boutique in New York City, disclosing that he just signed a lease to open at 100 Wooster Street in SoHo in the second half of the year, seen as Balmain’s first expansion volley in America. The U.S. accounts for only 20 percent of Balmain’s business, but 30 percent of e-commerce orders.

“When we compare ourselves to other brands, we are far from where we could be,” he said about the U.S. market, seen as a new Eldorado for luxury players because of its buoyant economy.

Europe accounts for 40 percent of Balmain’s business, Asia 30 percent and the Middle East and Russia the remaining 10 percent, Diemoz noted.

Balmain has 19 directly owned stores, concentrated in China as well as in Tokyo, Seoul, Hong Kong and Dubai.

Leaner orders from Russian retailers, grappling with a weak ruble and tightening international sanctions, may temper Balmain’s momentum in 2015 after a strong 2014 that saw sales advance more than 20 percent. Diemoz said he’s forecasting a 15 percent pace this year, driven by women’s ready-to-wear.

He noted that resort locations frequented by Russians such as Courchevel also scaled back orders during the recent pre-fall women’s and fall men’s wear markets.

Still, he painted strong future prospects for Balmain, which has yet to capitalize on its potential in accessories, particularly handbags, currently limited to its Pierre style.

The London flagship arrives only two months after the death of Alain Hivelin, the majority owner of Balmain and the architect of its rejuvenation and global expansion. Diemoz and Jean-François Dehecq, chairman, stressed continuity in Balmain’s management and board of directors. Moreover, they said Hivelin, in concert with management, had fixed a strategic road map for the company.

Dehecq said majority ownership has passed to a family holding company, and that the firm’s strong cash flow, and zero debt, should allow it to finance expansion without having to take on additional partners.

The brand has accrued a strong following on social media thanks to its creative director Olivier Rousteing, who rang in the New Year with Selena Gomez and Kendall Jenner in Dubai, and who counts Rihanna and Kim Kardashian among members of his fan club. Rousteing has racked up close to a million followers on Instagram, while Balmain boasts 1.2 million.

Balmain is planning an official opening event for London in mid-March. A new men’s fragrance from licensee Inter Pafums is another key product volley coming in 2015.