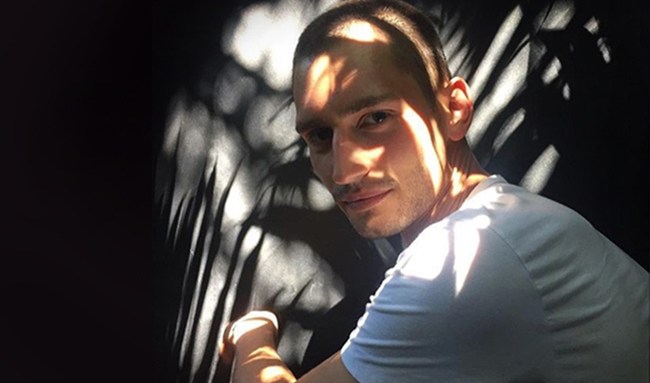 PARIS — Band of Outsiders version 2.0 quietly disbanded — and the brand will soon be reborn under a new creative team, WWD has learned.

The trio of Antwerp, Belgium-based, Scandinavian designers entrusted with the brand’s spring 2017 relaunch during New York Fashion Week in September has been succeeded by a brand director, Daniel Hettmann, and Angelo Van Mol, a designer trained on Savile Row. Other members of the team, including a stylist, were not disclosed.

Its first effort, for the fall 2017 season, will be focused on men’s wear — the roots of the Los Angeles-born brand — and unveiled to the trade by appointment during men’s fashion weeks in Paris and New York.

Antony Verbaeys, managing director of the brand’s CLCC SA, said Band of Outsiders would return to its California-flavored, preppy-inflected roots.

He also confirmed that the spring 2017 collection — which received some darts for veering from the brand’s original spirit — would not be produced.

“Band of Outsiders is back, but it’s not the same as it was — sort of like the friend who takes a gap year in Europe and returns with a new accent,” WWD opined.

The collection had yielded orders from about two dozen top retailers, including Barneys New York and Isetan, according to market sources.

“As we were still finding our way with the DNA of the brand, we preferred to wait to get the tone absolutely right,” Verbaeys said in an exclusive interview. “When relaunching a brand with such a strong identity, it takes some time to understand it fully. We preferred to take that time.”

Verbaeys said he opted for a “team of specialists” over a sole designer partly because of the onerous workload in today’s fast-moving fashion system.

“Many sole designers are overwhelmed by the amount of work, and struggle with creativity in a fast-moving, three-month interval fashion world,” he said.

Verbaeys lauded Van Mol as “a true garment expert: He knows how to design, develop and actually create the perfect suit, shirt, jeans and shoes. He’s a product expert and a creative powerhouse. That is rare.”

Van Mol subsequently introduced Verbaeys to Hettmann, a model who had segued into casting, fashion show production and consulting for such varied clients as Macy’s and Vetements.

The team also includes “one of the best London-based product developers, a talented merchandiser with such a sound vision and market knowledge, and a strong production team,” Verbaeys said.

Band of Outsiders plans to focus on getting “the men’s collection absolutely spot on” before branching out into a women’s line, he noted.

Hettmann gave few hints about the collection theme, but shared three exclusive prints that will be used for various styles such as shirts and T-shirts.

“The West Coast vibe is an essential element of our brand’s character and positioning. As such, everything we do will continue to reinforce and expand upon this core element,” he said.

The fall 2017 range is to comprise a complete wardrobe “reflecting the attitude and individual style of Band of Outsiders. The brand is also known for its casual shirting; you will see a new take on those,” Hettmann said.

A “strong social media strategy” and image campaign are to accompany the launch  during Paris Men’s Fashion Week in January.

Verbaeys noted he is collaborating with one worldwide agent, Polly King, who will debut the collection in her Paris showroom and it will then travel to other cities.

The plan was to return to the high-end contemporary market, in both the men’s and women’s categories. A trio of Antwerp-based Scandinavian designers — Niklaus Hodel, Matthias Weber and Florian Feder, whose collective experiences include stints at Dries Van Noten, Louis Vuitton and H&M — took over the creative direction for the spring 2017 reboot.

CLCC continues to back WeberHodelFeder, a footwear line designed by the trio.

Sternberg founded the brand, named after a Jean-Luc Godard film, in 2004. CLCC extended its credit line to Sternberg in 2013 to aid in the label’s growth.

In July 2015, CLCC attempted to sell Band of Outsiders’ intellectual property and residual inventory to recover the cost of the $2 million credit line. But no deals materialized through the public auction, leaving the firm in possession of all of the label’s assets.

In the fallout from the brand’s repossession, stand-alone retail units in New York and Tokyo ceased operation, as did the label’s Los Angeles design studio.