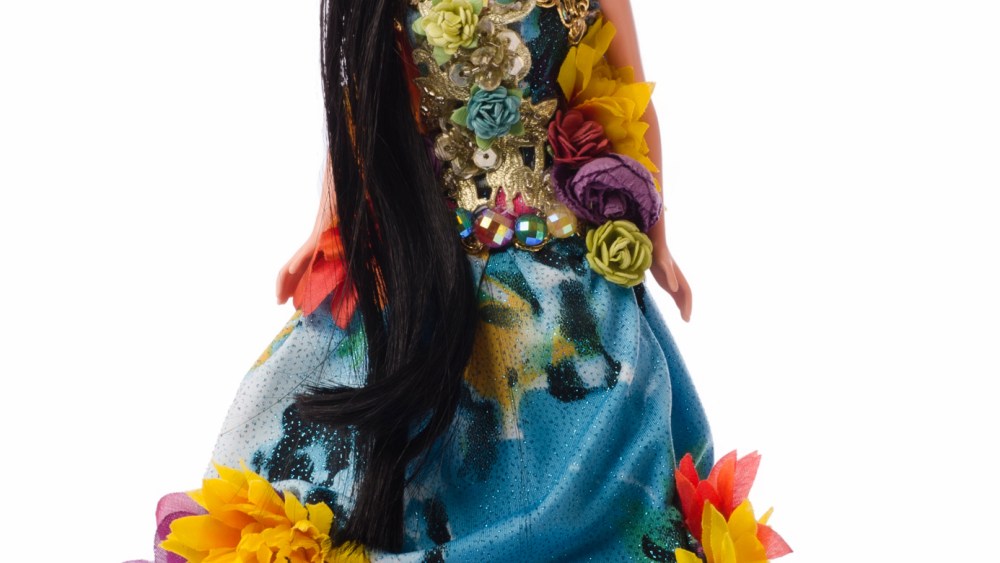 Billed as the largest permanent exhibition of haute couture Barbie dolls in the world, onlookers can expect to see more than 1,000 versions of the iconic toy figure within the plaza’s second floor, 5,000-square-foot museum, each dressed to the nines by the likes of Versace, Givenchy, Christian Dior, Oscar de la Renta, Giorgio Armani, Hervé Leger, Ralph Lauren, Donna Karan and others.

“Barbie Expo” also pays tribute to Hollywood style over the last century, showcasing Mattel’s ageless fashion doll — who turns 55 in March — in outfits inspired by screen legends Audrey Hepburn, Grace Kelly, Elizabeth Taylor and Marilyn Monroe, as well as blockbuster films such as “The Wizard of Oz,” “My Fair Lady,” “Grease,” Titanic” and “Gone with the Wind.”

“It took two years to pull all this together. But we wanted to do something different that would celebrate the history of haute couture fashion and reflect the high-end environment at Les Cours Mont-Royal,” said Valerie Law, vice president of marketing and communications at the Soltron Group, which owns the well-known Canadian plaza.

Opening to the public on Thursday, the exhibition was drawn from personal doll collections around the world, as well as donations. “Some Barbies were also specifically created for this show,” Law said. Overall, I think people will be quite surprised by the level of high fashion that is on display here.”

Indeed, jewel-encrusted mini dresses, sumptuously feathered gowns and a Beyoncé-worthy metallic breastplate that tops a gargantuan skirt and gleaming, thigh-high boots are just some of the items on view in the show’s display cases and dioramas — some of which feature Barbie walking the fashion week runways in New York, Tokyo and Paris.

“All these outfits are dripping with beautiful gem work, wonderfully rich beading and painstaking embroidery. Frankly, in this exhibition Barbie has a lot of stuff I wish I owned,” said “Barbie Expo” curator Gilanna Giobbi.

One of her favorites is an Italian Barbie adorned in a black satin dress with puffed sleeves, rose motif panels and fingerless gloves. “This look is very photo realistic and modern. But that’s one of the reasons why this Barbie exhibit is so relevant today,” Giobbi said.

“When Barbie debuted in the 1950s, she wore clothes of that era. But fashion changes — and so has Barbie. Her look has definitely altered with the times. That’s why she has remained so relatable to people all around the world.”

Barbie has been all over the headlines during the past two weeks after Mattel revealed that it was further updating the doll with tall, curvy and petite body types as well as a range of skin tones and hairstyles. The aim was to blunt criticism of the doll as projecting an unattainable image of perfection.

Nonetheless, Barbie remains a juggernaut, with more than one billion Barbies sold in 150 countries since the toy’s launch in 1959. The doll currently pulls in $1 billion in annual sales for Mattel.

“Barbie Expo” is free to the public. “We welcome visitor donations, all of which will go to Make-A-Wish Quebec,” Law said.