The Schwartzes have donated three of the original Calvin Klein coats to the FIT Museum.

It was a Calvin Klein reunion of sorts Thursday night, when Barry Schwartz, co-founder and former chairman of Calvin Klein Inc., and his wife Sheryl were honored at the Fashion Institute of Technology.

The Schwartzes donated to the Museum at FIT three sample coats that launched the Calvin Klein Inc. business in 1968. In addition, the Schwartzes have established a scholarship fund at FIT in their name, which will provide full tuition support to a student in financial need through all four years of their undergraduate studies at FIT.

Two of the original wool coats (a pale teal double-breasted version and a brown single-breasted) were launched for fall 1968, and one (a black-belted coat) was launched for the holiday season a few months later. The items, which were on display, had been in the Schwartzes’ cedar closet at their farm in Granite Springs, N.Y., where Sheryl has amassed a vast collection of Calvin Klein clothing over the years.

The inspiration behind the display came from the facade of the York Hotel, where Klein and Schwartz started the brand in room 613. After months of putting the line together, the label took off after Donald O’Brien, vice president of Bonwit Teller, saw a coat and a dress hanging on the open door of the room when he got off by mistake on the wrong floor of the hotel.

Among those who came out to support the Schwartzes were Burt Tanksy, former chief executive officer of the Neiman Marcus Group, who flew in from Florida for the event; Michael Gould, former chairman and ceo of Bloomingdale’s; Francisco Costa, former women’s creative director of Calvin Klein Inc., and Susan Sokol, a former president of Calvin Klein Women’s Collection, who is cofounder of High Alchemy, a multiline luxury showroom.

“The coats are very current,” said Tansky, who serves on several boards, does consulting work and travels.

“The color is gorgeous,” added Costa, admiring the teal double-breasted belted rendition, noting that it’s a design that could be worn today. 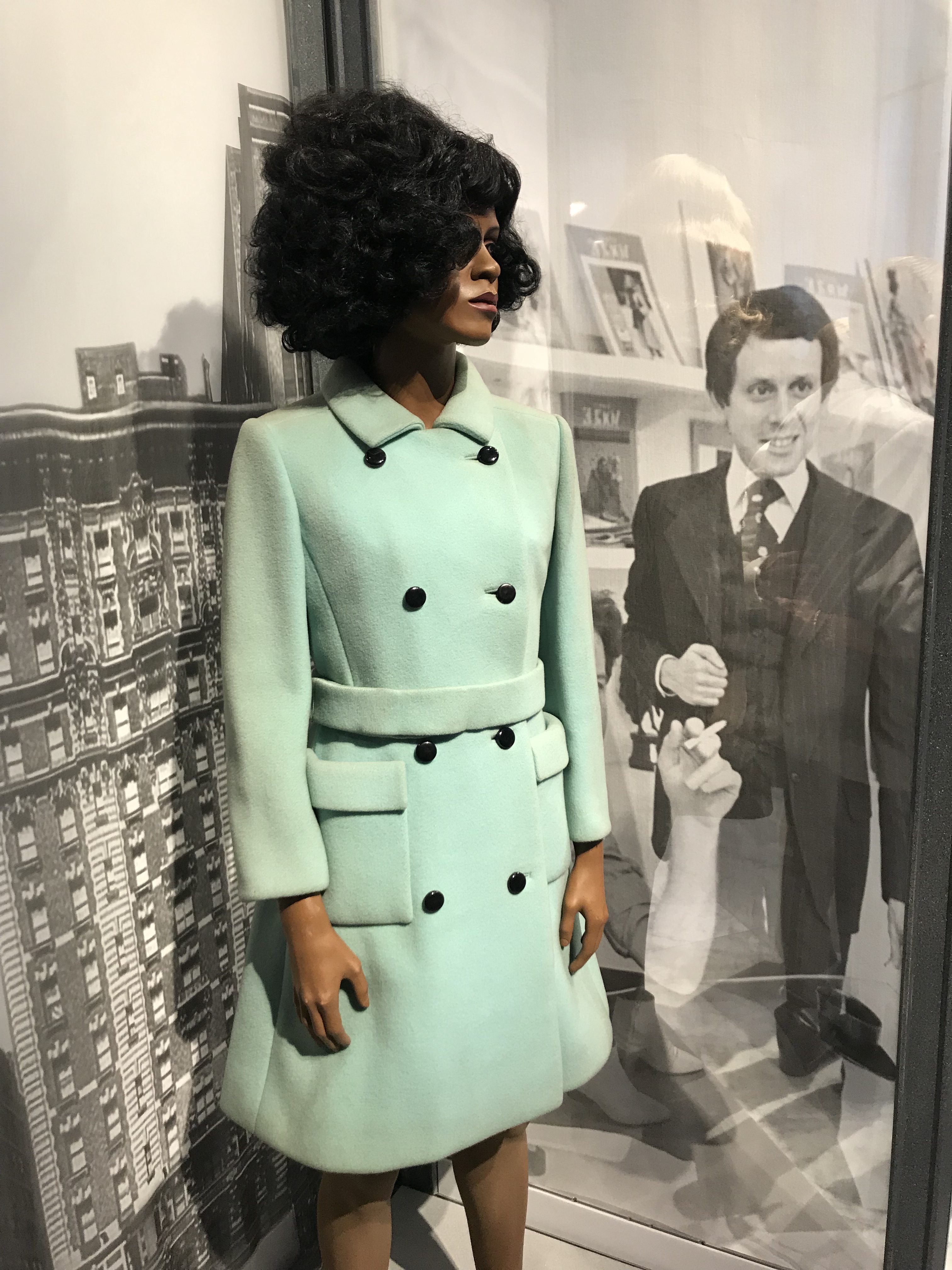 One of the Calvin Klein coats from 1968 being donated to the Museum at FIT.  Lisa Lockwood

Barry Schwartz said he and Sheryl talked to Joyce Brown, president of FIT, at the Saratoga race track and came up with the idea to make the donation. “I’ve had these coats for 50 years now,” said Schwartz. Sheryl added that she’ll eventually donate the rest of her Calvin Klein wardrobe to the FIT Museum. Occasionally, she said, she still wears some of the evening pieces.

“I think it’s very special and will be very inspirational for the students to touch and feel what the original samples looked like. This was Calvin’s insight and inspiration and how he viewed the beginning of his line,” said Brown.

Barry said he did a promotion in the early days selling the coats at $10 over cost and he sold thousands of them to AMC, Federated, May Co. and Associated Dry Goods.

In her formal remarks to the crowd, Brown thanked the Schwartzes for “these incredible coats.”

“They’re so pristine. You took such good care of them,” said Brown. 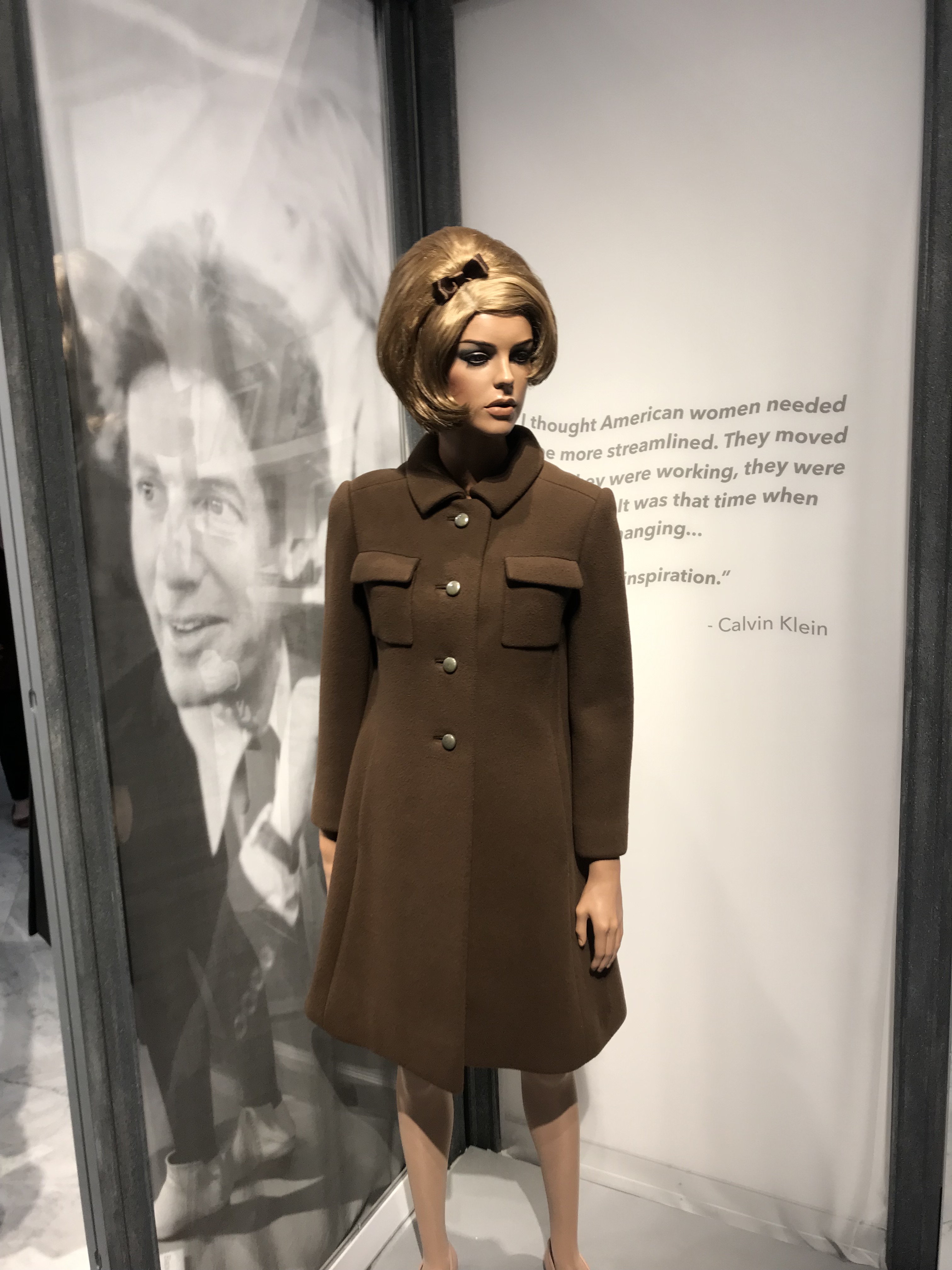 One of the Calvin Klein coats from 1968 being donated to Museum of FIT.  Lisa Lockwood

She spoke about Calvin Klein himself being “the Master of Minimalism” and that he got his start as a design student at FIT.  “While Calvin made the coats, dresses and jeans, it was Barry who made the Calvin Klein brand,” she said. “While the name Calvin Klein became known worldwide, it was only the industry insiders who knew that it was Barry who really was responsible for the business. Barry’s business acumen and his smart gambler’s instincts made him an extraordinary business leader and something of a legend in the industry. As many designers have said, ‘What I need is a Barry Schwartz.'”

Barry, in his remarks, recalled how the coats were originally made and noted that he gave Calvin the money to make them. “There was never any discussion of being partners, I was just helping a friend,” he said. Klein hired a pattern maker and a sample tailor who lived in Brooklyn near Coney Island, and they started to make the samples at his house. They’d go at night, brought in muslins, and a model and made adjustments. And they’d leave and go to Nathan’s for hotdogs.

He turned to Brown, and said he was grateful that FIT took the coats and made the display. “They’ve been in my house for 50 years. At least they can be someplace where they can be seen,” he said.

After milling around the coats, the talk turned to the current state of affairs at Calvin Klein, which over the last few months has exited the collection business and closed the Madison Avenue flagship, after a tumultuous two and a half years under chief creative officer Raf Simons.

Barry Schwartz, who exited the Calvin Klein business along with Klein after selling it to Phillips Van Heusen Corp. (now PVH Corp.) in 2003, told WWD what’s happened at Calvin Klein under Simons “is sad,” and he said Costa never got the support he needed.

“They [PVH] took a great name and they’re penny-pinchers. Francisco couldn’t get 10 cents added to his budget. They had no clue how to run a collection business. They have a bean counter mentality and will sell millions of dollars worth of jeans and underwear. Better goods they just lost,” said Schwartz.

“They handled the whole thing so poorly. They never gave Francisco a chance. He had no budget. He [Raf] turned the store into a taxi cab. They gave him everything he wanted. For smart guys, they really were pretty stupid,” said Schwartz. 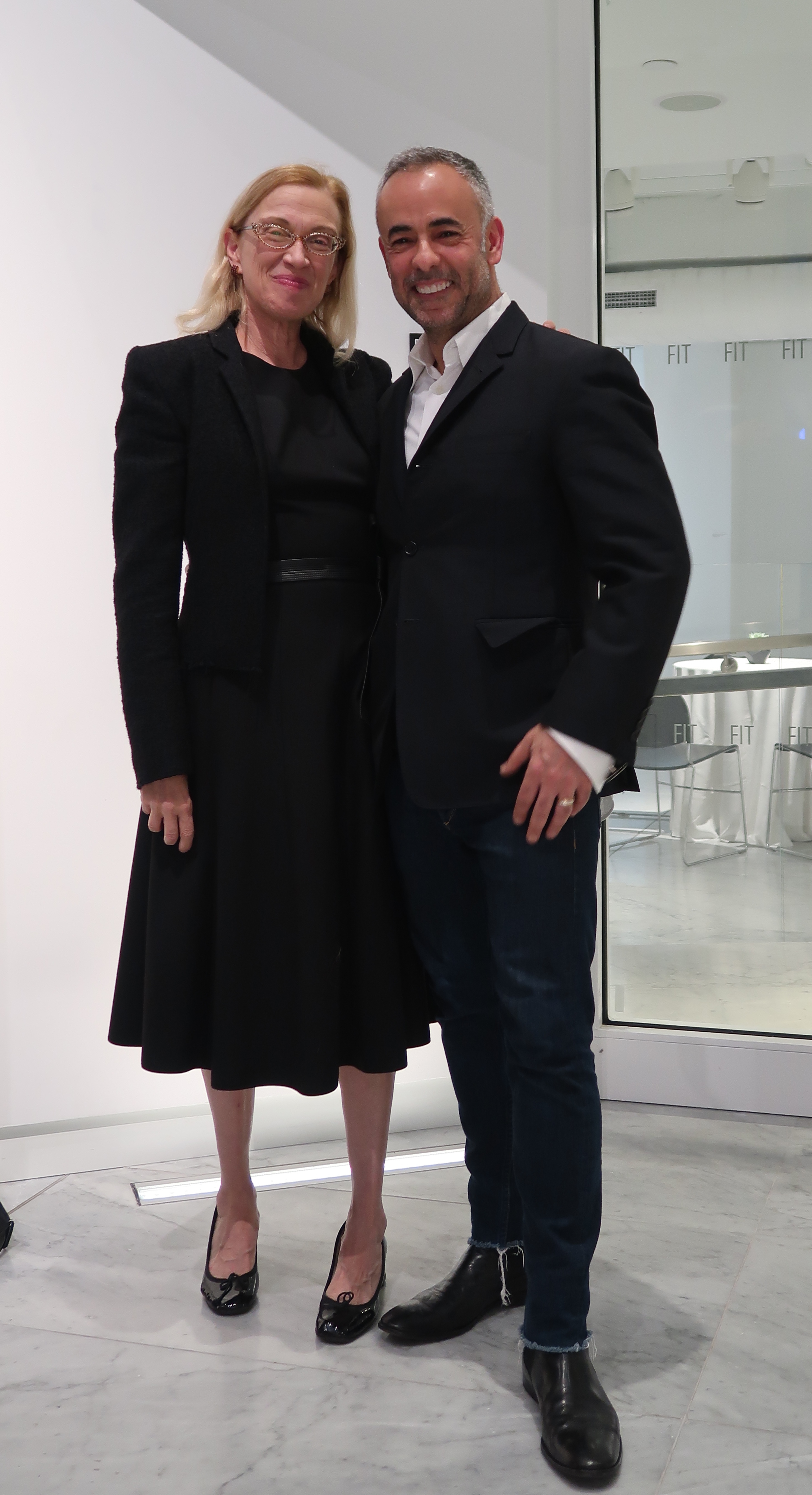 “It’s just so sad,” agreed Costa, referring to the closing of the Madison Avenue flagship. “The whole thing is a bit tragic. It was the most amazing brand in America. It’s disturbing. It takes talent to build a brand, and it takes a lot more talent to destroy one. I think Raf is talented and he had a strategy. I got no support whatsoever. He got a lot of support.” Costa, who designed the women’s Collection for 13 years and exited in 2016, believes that the Calvin Klein Collection customer left after Klein himself left.

Today, Costa runs a sustainable beauty company called Costa Brazil. The collection of antiaging face and body products, as well as candles and Resina De Breu, is starting to take off. “It’s kind of a start-up. It’s so much fun,” he said.