Number of units worldwide rising to 19. 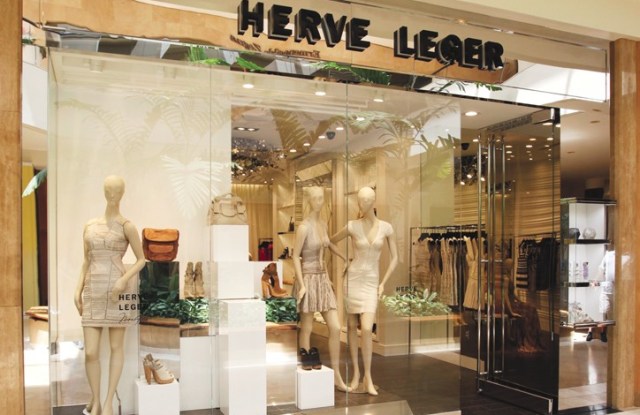 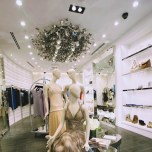 BCBG Max Azria Group is opening four Hervé Léger stores in the U.S. this year and seven abroad — more than any other year in the brand’s history — to push the worldwide door count to 19.

This story first appeared in the August 10, 2010 issue of WWD. Subscribe Today.

Outside the U.S., Hervé Léger will expand with five new licensed stores in Lebanon, Singapore, Taiwan, the United Arab Emirates and Kuwait between September and July. The brand recently opened stores in Singapore’s Ion Orchard shopping center and the Dubai Mall, its only international retail representation to date.

“I am very protective of the brand,” she said. “I am not interested in having a store in every city. We have to protect our partners who do sell the brand as well. We try to open locations where we don’t have other stores that compete with the brand. We are very aware of keeping it low-profile.”

Azria declined to discuss Hervé Léger’s retail revenues, but units at South Coast Plaza and Century City would each be expected to exceed $1 million in annual sales based on their square footage and the shopping centers’ estimated annual sales per square foot. Azria, as well as shopping center executives, contend Hervé Léger’s appeal to 18- to 50-year-old women confident in their fashion choices will be well received by Century City’s working-professional shoppers, as well as the tourists and local brand admirers at South Coast Plaza.

“Hervé Léger’s iconic body-hugging looks are not only a natural fit for our Orange County customers, but for our international clientele who have seen the styles in magazines and at premieres around the globe,” said Debra Gunn Downing, executive director of marketing at South Coast Plaza.

As Hervé Léger’s retail portfolio swells, Azria said the amount of wholesale accounts is not growing. The brand wholesales to roughly 75 doors, including Bergdorf Goodman, Intermix, Neiman Marcus, Nordstrom, Saks Fifth Avenue, Bloomingdale’s and Net-a-porter.com, and Azria imagines that figure will remain constant in the near future.

Within its existing wholesale accounts, however, she said Hervé Léger wants to enlarge its presence by rolling out a broader accessories collection next year. Currently, the brand has a limited selection of handbags in its own stores that aren’t widely available. Although details of the collection are still being worked out, Azria explained the pieces would reflect the DNA of the brand and feature the logo used elsewhere.

“The biggest growth is going to come from accessories,” said Azria. “Whenever something doesn’t have size [in other categories], it sells much better with the bags.”