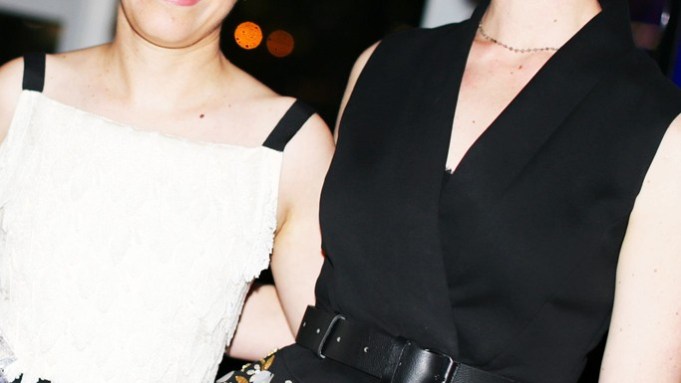 In accepting TED’s Corporate & Institutional Achievement award, Chris Anderson said, “Design isn’t just about the prettification and functionality of amazing objects. It’s so much bigger than that. It’s pulling the camera back. It’s a way of thinking that can be applied to almost anything. Ultimately, it’s the amazing human ability to reimagine the future.”

Sarafpour faced her own design challenge earlier in the night. “They told me to write a little speech and I had it on my iPhone. Then I touched it and Siri took over,” she said.

The glitch didn’t diminish the honor. “It’s kind of mind-boggling to be in this setting with all these incredible inventors. That’s kind of humbling,” Sarafpour said. “They are all people you know of because their work has touched your life even though you don’t know them.”

Having met Wines on the threshold of his career, Wolfe recalled how Wines once said of Best Products, a precursor to Costco and Wal-Mart, “‘I don’t care if they want to build these boring glass boxes, after all this country is built on freedom of choice, but why do they always have to leave those little turds behind in the plaza?’ He was talking about the sculptures of Henry Moore and the squiggles of Noguchi. I think the word ‘turd’ had not entered Bartlett’s Book of Familiar Quotations until that time — just a side note.”

Wines’ 1978 Forest Building helped make Best’s income soar, Wolfe said. “These were the first new buildings after Modernism. Post-Modernism was just a famous stumble from Modernism. James Wines introduced something new. He took buildings and he turned them into pictures, artworks, but not by adding anything.”

For his part, Wines said, “Of all the works of art I really love, it’s really not so much what it is, but what it makes you think about,” he said.

Picking up the final prize, PackH2O’s David Fischer reminded guests one billion people have to fetch water daily. “Design helps everyone. Design helps the richest and wealthiest countries of the world and it can also change the lives of the poorest among us. In fact, it not only changes our lives — it can save our lives. Good design matters at the base of the period,” he said.

And as a further reminder, the Cooper-Hewitt sent guests home with an Yves Behar-designed Sodastream bottle.