Under Harry Slatkin’s direction, the label has been morphing into a full-fledged luxury lifestyle collection with multiple product categories. 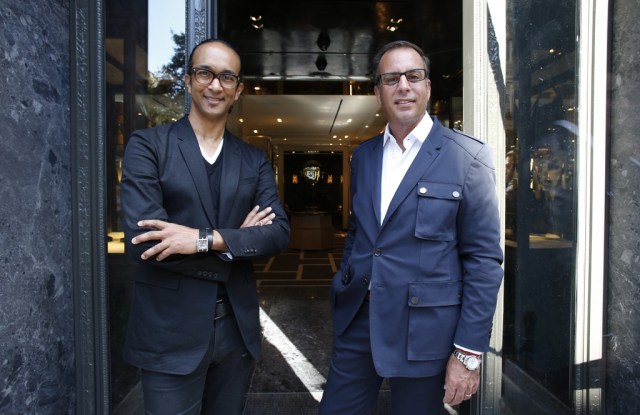 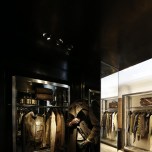 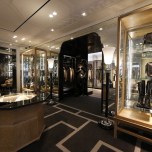 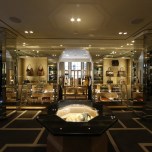 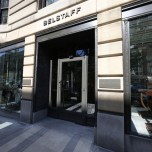 That’s Harry Slatkin, chief executive of Belstaff and the founder of home fragrance brand Slatkin & Co., extending his Anglo-style invitation for today’s opening of Belstaff on the northwest corner of Madison Avenue and 68th Street. It’s the first Belstaff store to open in the U.S. and a pivotal moment in the fast transformation of the British-based brand.

Founded in 1924, in Staffordshire in the English Midlands, Belstaff has been known for its outerwear and performance fabrics for motorcycle and motorcar enthusiasts, aviators and outdoorsy types. But under Slatkin’s direction over the past year, Belstaff has been morphing into a full-fledged luxury lifestyle collection with multiple product categories, including women’s and men’s ready-to-wear, outerwear, handbags, shoes and accessories. It still sticks with elements true to the house heritage and has recently shown vintage men’s racing jackets in hand-waxed leather and silk shirtdresses with epaulets that in a luxurious way imitate oil slicks and mud splatters common to bikers.

RELATED STORY: A Light, Feminine Approach to Spring for Belstaff >>

It’s not that the world cries out for more luxury, though it’s apparent from Slatkin’s offbeat, driven approach, and the unusual and intricate store design on Madison Avenue, that the intent is to stand out. From the Art Deco molding to the cork walls in the men’s area, the 2,200-square-foot boutique is heavily detailed and decorative, yet not so overdone as to be precious. The shop is divided into five rooms — accessories, men’s, women’s, shoes and exotics — for intimacy, a sense of discovery and to evoke, as Slatkin said during an interview on the site, “an English country home that’s quirky and modern.”

He wants Belstaff’s first U.S. store — and those on the near horizon — to be welcoming and where people “just lounge and have a cup of tea, or coffee — European coffee of course,” before they shop. On Madison Avenue, that homey ambience is reinforced by the Belgian fossil-stone fireplace, the split levels, and a color palette of the palest linen gray, slate, black, off-white and silver.

There’s also a “Belstaff House” logo on the exterior, lending a distinguished air, and an octagonal entry of clear mirror and custom-cast glass rod casing details. The floors are in marble, white oak and custom Belstaff-pattern wool carpeting.

“There’s nothing ordinary here,” Slatkin added. “This is the prototype.” He declined to comment on the cost to build the store. “It’s not inexpensive,” he acknowledged.

According to William Sofield of Studio Sofield, who worked with Belstaff chief creative officer Martin Cooper and Slatkin on the design, the store exudes “a tension” rooted in English Arts and Crafts and Machine Age influences. It’s played out in the decor and fixturing, which ranges from masculine and rugged, such as the steel trims and black rubberized hangers, to the opulent, like the 18th century Chippendale cabinet for exotic handbags and impressive plaster molding befitting an aristocrat’s home. “It is austere but never cold because of the materials and the sense of history,” Sofield said.

The Madison Avenue opening coincides with Belstaff’s first runway show in New York today at IAC, and with the delivery of the fall collection, the first for the brand since its relaunch in 2011, when Labelux Group, along with Slatkin and Tommy Hilfiger, bought Belstaff. Since then, Slatkin has expeditiously built a new team to build the business and reshape the collection, adding Cooper, who came from Burberry, as well as Fiorenzo Schincaglia, formerly of Giorgio Armani, who serves as Belstaff’s president and commercial director for Europe, Middle East and Asia. Jeff Lasota, formerly from Stella McCartney, has also joined the company to oversee wholesale and retail as president of U.S. sales.

Belstaff projects $6.5 million in first-year sales for the Madison Avenue store, an ambitious goal that if reached will spur the retail expansion and Slatkin’s ambitions for the brand even further. There are 10 freestanding boutiques in Europe, which Slatkin has suggested could be revamped or relocated to reflect the new retail approach. Belstaff’s wholesale distribution in the U.S. currently includes Bergdorf Goodman, Neiman Marcus and Barneys New York, and Saks Fifth Avenue will sell the collection in the spring. The goal is to have a 50-50 split between wholesale and retail revenues.

In any case, a handful of additional stores are already slated. They’re set for Milan on Sept. 19, and Munich around mid-October, which will both be close in size to the Madison Avenue location. Paris and Asia are being eyed as well.

In June 2013, a 26,000-square-foot, three-level flagship will open on Bond Street in London. It will have 16,000 square feet for selling both the men’s and women’s collections and a showroom for the brand. The building, originally known as Renoir House, was built in 1876 as an exhibition space for artists. Though far larger than Madison Avenue and those upcoming, Slatkin explained that the grand scale is appropriate for London, being close to the company’s roots. “That’s where we want to make a very large statement,” Slatkin said.