The German capital is staking its claim as a fashion hot spot with a solid response to its recent trade and runway shows.

By Melissa Drier and Susan Stone
with contributions from Jessica Saltz
on July 13, 2011
View Slideshow 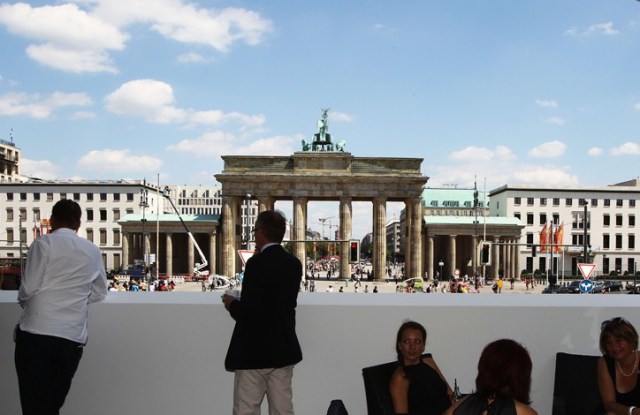 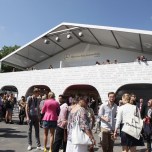 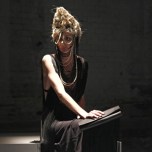 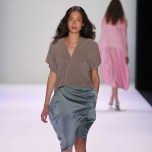 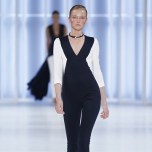 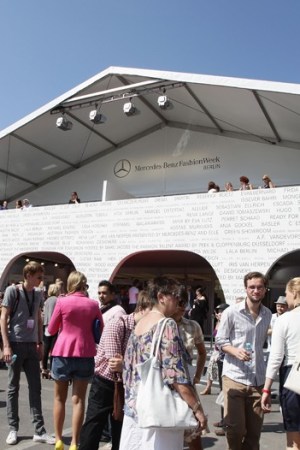 A view of the Brandenburg Gate from the Mercedes-Benz lounge. 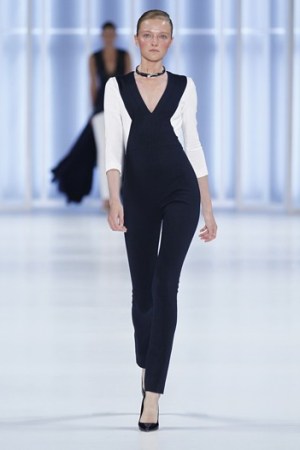 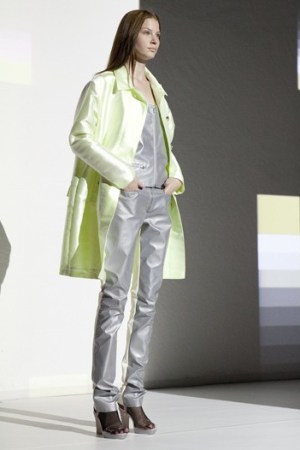 BERLIN — Big. Better. Real. Those were the words used to describe the power-packed round of trade and runway shows and the visitors they attracted during Berlin Fashion Week, which ran July 5 to 9.

The mood had been positive going into fashion week, thanks to solid retail sales in Germany, ongoing consumer optimism here and growth on the fashion front, but it all was ratcheted up a notch as record crowds reacted enthusiastically to the offerings at the city’s expanded fashion venues.

There wasn’t necessarily that much ordering taking place. As the kickoff to the season, the week primarily functions as a first go-see, with market appointments made thereafter. But the buzz was unmistakable.

Industry estimates place trade attendance in Berlin at about 100,000, up from 90,000 in January, but even higher figures were circulating. The Berlin tourist association reported 200,000 overnight bookings, while the IBB, the subsidy bank of the Federal Bank of Berlin, spoke of 240,000 professional guests at various fashion week events, plus another 85,000 from the public.

Bread & Butter doesn’t talk numbers, but B&B draws the largest crowds in the city. And according to the organizers, this season’s Super Show was the best-frequented fair since Bread & Butter returned to Berlin in July 2009.

Sixty percent of the trade show visitors packing the aisles and stands came from abroad, with a noted rise in attendance from Eastern Europe and North America.

Premium reported 60,000 visitors, up 5 percent from last January, and these were more international than ever, as were the 1,000 collections on show in the completely booked Gleisdreieck Station. Seek, Premium Exhibitions’ younger sibling, whose 45 international urbanwear brands show in a more informal side strip, has turned into its own magnet.

For example, Fred Perry “chose to have a stall for our more exclusive label, Fred Perry Laurel Wreath, here, because the buyers who come to Premium and Seek tend to be interested in higher-end brands,” explained account manager Maria Burns. “Unlike many other smaller trade shows, the place has been really busy each day. It helps having Premium next door, because there is a big visitor crossover.”

Premium’s co-founder and director Anita Tillmann said demand and feedback has been so good, they’ll be looking for a new, larger location next season.

Meanwhile, Capsule got off to a strong start in the German capital July 7 and 8. The organizers said the 2,000 visiting retailers, press and industry insiders made this the most successful Capsule since the show’s 2008 Paris launch. About 60 brands were on hand.

“Yesterday was more busy than we’ve been in Paris,” remarked Christel Hielscher, in sales for Copenhagen’s Wood Wood. “So we’ll be doing it again, definitely.”

Hielscher said the brand had been actively signing orders and having meetings at Capsule — activities facilitated by the showroom atmosphere and the presence of compatible labels as neighbors. “We have the same customers as a lot of the brands [here], so people come take a look at you.”

In Fashion Berlin also made a promising debut, and will be repeated, said the organizers of In Fashion Munich. Also in Berlin: the Green Showroom, Projekt Galerie and the skateboard fair Bright, which clocked in 30 percent more visitors, with 40 percent of the 15,000 in attendance from abroad.

Yet perhaps the biggest step forward this season related to the runway shows of Mercedes-Benz Fashion Week Berlin, which had a full slate of 50 shows and presentations on the official lineup. Besides German heavy hitters like Hugo Boss, which showed its Hugo collection in a sprawling industrial site smack in the center of Mittel; Escada Sport; Schumacher, and Strenesse Blue, the calendar was notable for its core of emerging Berlin talents and newcomers.

The move to a new MBFWB venue on Strasse des 17 Juni may have caused organizer IMG headaches and serious delays, but the overwhelming consensus was that it was worth it. The new tent is more elegant, airy and spacious, with the main runway space now seating 700 with standing room for 60, all of which was consistently filled. The venue also housed a flexible new studio space, which kept the pace going with a wide range of still-life to mini-runway presentations between formal shows.

And what perspectives — the balconies of the upstairs Mercedes-Benz and sponsor lounges offered breathtaking views of the Brandenburg Gate, while a row of oversize windows looking out onto the trees of the neighboring Tiergarten provided a visual relief to all those downstairs.

“The atmosphere in general was great. Berlin is a wonderful place to gain first impressions. I came back very motivated and happy,” stated Petra Fischer, buyer for specialty store Modehaus Fischer in Singen, Germany. Fischer was one of several top retailers invited to the Vogue Salon, where Vogue Germany editor in chief Christiane Arp staged an intimate still-life presentation of four designers: René Storck, Michael Sontag, Vladimir Karaleev and Augustin Teboul. The latter three also showed at the MBFWB tent.

“I think it was a terrific idea to try to shake up retailers and give young talented designers a chance. We already have René Storck, but all four would be possible for our store,” Fischer said.

She described Karaleev as “a mix between Yohji Yamamoto and Haider Ackermann. Sontag’s pink dress was so beautiful, and I could see Augustin Teboul’s incredible hand-made pieces worn with chinos. Retailers need to be willing to take risks. But it also takes good personnel — and some convincing — to get the customer to buy Sontag when it’s hanging next to Lanvin.”

After a break of three years, Christoph Beckmann, managing director of upscale Hamburg specialty store Linette, was back in Berlin shopping Premium as well as visiting the Vogue Salon, where he said he was taken with Sontag and Karaleev. He was already familiar with Frankfurt-based René Storck.

But Beckmann was most impressed by the full Berlin spectrum — from the visitors at Premium who were “more cool, fashionable and international than any I’ve seen at a German fair before,” to retail developments, like Andreas Murkudis’ huge new store. “I was really surprised by it all, and I intend to visit Berlin regularly,” he noted. “Berlin has its own mood and charm. It’s not yet Milan or Paris — and a good thing, too.”

Josef Voelk, co-owner of the designer-studded Berlin specialty store The Corner, said, “I definitely think it’s moved ahead, especially for retailers. Maybe the collections were a little less creative, but there was more wearability, and a feeling the designers really want to sell these collections,” he said.

The store already carries Sontag and Marcel Ostertag, and he caught the shows of Mongrels in Common and Augustin Teboul. “The others we’ll visit in the atelier to get a closer look,” said Voelk. “We were very busy in the store. But there are a lot more people now at fashion week who seriously look at fashion and write orders. Overall, it’s on the right track. It’s real.”

Kelley Decker, who’ll be opening a concept store in Chicago with partner Christine Noelle and a third party next March, was in Berlin “treasure hunting.” A self-proclaimed perpetual fan of German design, Decker first visited Berlin last winter, where she “met these great chicks — Augustin Teboul. I caught the scent and expect it to grow, and I haven’t been disappointed,” she said of her July return. She described Premium as “wildly interesting” and among her current Berlin discoveries are Kostas Murkudis and the dress collection Liebig.