Berluti Steps on the Gas With New Stores, Ad Campaign 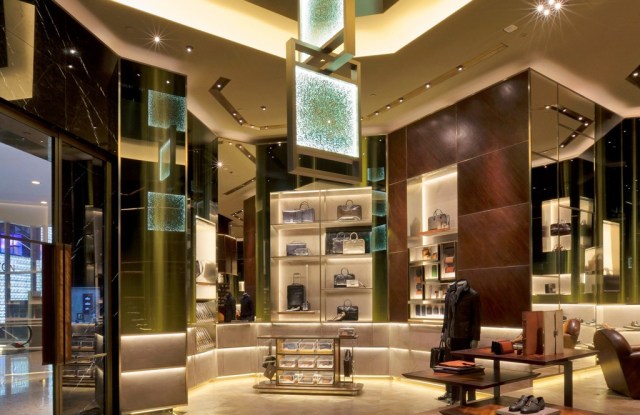 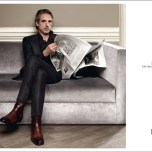 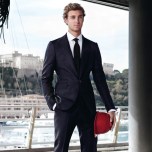 PARIS — The transformation of Berluti from cult cobbler to luxury lifestyle label is gathering steam, with a slate of new stores and an arsenal of communication tools.

The sumptuous unit, with a whiskey-hued facade and walls padded with Venezia leather, is to be equipped with a “patina bar” — a nod to the brand’s unusual footwear finishes and polishing ceremonies — and a private lounge for by-appointment fittings for suits or shoes.

The Shanghai unit is among almost 20 new locations or refurbished units programmed to open in 2013.

Founded in 1895, Berluti has been part of the LVMH group since 1993, with Arnault assuming the management helm in 2011 following a stint as communications director at Louis Vuitton.

The executive is banking on leveraging Berluti’s following for its elite shoes — and the design prowess of handpicked artistic director Alessandro Sartori — to make it the men’s wear powerhouse at the family-controlled group.

“The [ad] campaign will help give [Berluti] a significant push and bring it to another level in terms of notoriety and visibility, especially in new markets like the U.S.,” Arnault told WWD.

The spots, the first in Berluti’s history to feature footwear and fashion, are slated to break in Le Figaro this weekend before rolling out to a range of newspapers, weeklies, supplements and magazines in France, China, the U.K., America and Japan.

Arnault declined to pinpoint budgets but offered, “We have invested proportionally to the size of an up-and-coming business — that is to say, enough to raise its profile.”

Arnault said enlarged stores — designed to showcase Berluti’s push into rtw and its expanded range of accessories — are key communication vehicles for the brand.

In total, 10 new doors are planned this year, along with at least half a dozen refurbished locations. The Shanghai location will be followed by the reopening in June of Berluti’s Conduit Street store in London — billed as the first Maison Berluti and located only steps away from Savile Row. To follow are new units in Miami’s Design District this summer; Rue de Sèvres here in September in the former flagship location of Arnys, and Madison Avenue in New York this fall.

Arnault also promised a strong creative statement with its window displays, “all with a sleek and masculine feel.” He said windows worldwide would showcase the new direction in the second half of the year.

Unveiling the new ad campaign exclusively, Arnault said its broad theme is the passing of tradition, with Irons, pictured thumbing a newspaper on a velvet sofa in a private club in London, citing Peter Sellers as a key influence on his career.

Casiraghi, pictured in an unfinished building in Monaco, a hard hat propped on his thigh, chose Belgian race car driver Jacky Ickx as the source of his cultural initiation.

The campaign’s tag line — “initiated by,” or in French, “parrainé par” — is “there to suggest how they discovered Berluti as the brand has been around since 1895. I myself was introduced to it by my father,” Arnault said, referring to Bernard Arnault, the founder, chairman and ceo of the world’s biggest luxury goods player. The business titan gave his son a pair of chocolate brown Berluti boots for his 16th birthday.

According to the younger Arnault, the ads reflect that men’s style is highly personal.

“You can belong to the same circle of people with like-minded elegance and have your very own take on it, unconventional or perfectly classic. Jeremy Irons and Pierre Casiraghi both reflect this difference,” he explained.

Arnault has stated ambitions to double the number of Berluti boutiques around the globe in three to four years. “The response is good in all markets,” he reported, adding, “and the best is yet to come.”