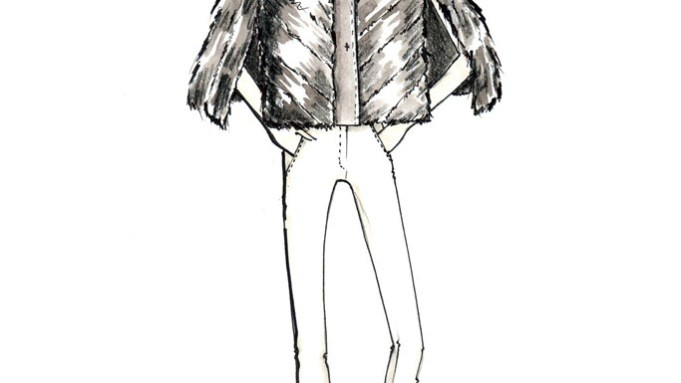 Three designers were selected to participate in the inaugural fall-winter 2014 Blackglama Design Initiative. Bibhu Mohapatra, Brandon Sun and Tome were invited to use Blackglama mink in creative ways in their fall collections, which will be shown during New York Fashion Week.

Joe Morelli, president and chief executive officer of Blackglama, said, “Blackglama seeks to support and build lasting relationships with designers who embrace mink as a creative material, who are inspired by the limitless potential that mink brings to their collections and who are excited to position mink as an integral part of their collection.”

Tome will present its collection today at the Pavilion at Lincoln Center, and Sun will show today at Industria Studios.

Tome is designed by Ryan Lobo and Ramon Martin. Martin has had a long association with mink, having worked at Alberta Ferretti, Jean Paul Gaultier, Derek Lam and J.Mendel, where he learned how to handle fur. Lobo was exposed to fur by such companies as Marni, Rick Owens and Fendi. The duo began Tome in 2011. The following year they won the Ecco Domani Fashion Foundation Award for women’s wear, and in 2013, were nominated for a CFDA/Vogue Fashion Fund award. Tome is sold to such stores as Saks Fifth Avenue, Net-a-porter, Moda Operandi and Ikram.

Sun, who graduated from Parsons The New School for Design, previously worked for J.Mendel and Oscar de la Renta. Through 2010 and 2011, Sun collaborated with American Legend for the relaunch of the Blackglama ad campaign, which featured Janet Jackson.

Sun’s fall 2013 collection featured fur and for spring 2014, he proved his skills as a fur designer through an intarsia mink bomber jacket worn over a fluid silk dress with a plunging V-neck and contrasting piping. Sun sells to such stores as Bergdorf Goodman, Saks and Hirshleifer’s.

Mohapatra, who will show Feb. 12 at the Pavilion at Lincoln Center, sells to such stores as Bergdorf’s, Neiman Marcus and Lane Crawford. Born in India and a graduate of the Fashion Institute of Technology, Mohapatra was a finalist for a 2010 Fashion Group International Rising Star Award in women’s apparel and in 2011, won the Ecco Domani Fashion Foundation Award.

About the Blackglama recognition, he said: “The materials that they have so generously provided work perfectly with my fall 2014 collection, which explores a journey into the spirituality and landscapes of Tibetan culture.”

Mike McCrea, vice president of marketing for Blackglama, said the company provided funds and materials to create the Blackglama styles. “We wanted to get out of their way and let them be creative and push the products to new limits,” he said. Each of the designers created three to five looks, including accessories, using Blackglama. “We didn’t influence them in any way. They’re all young, talented and creative individuals. We’re providing support but didn’t want to influence the direction,” said McCrea.