The designer was in Chicago to receive the Costume Council’s Designer of Excellence Award. 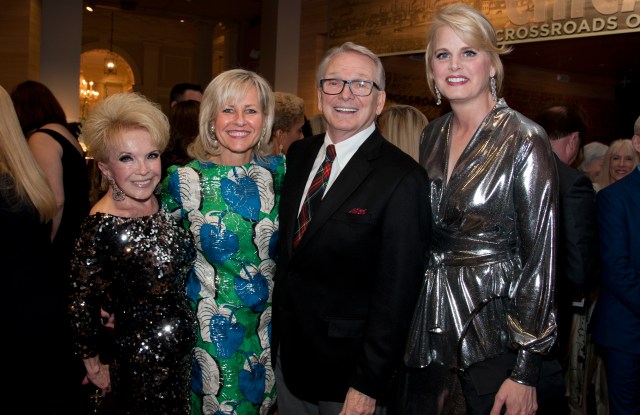 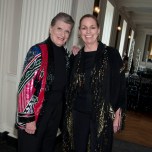 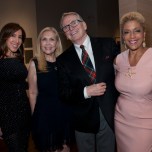 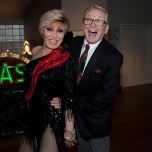 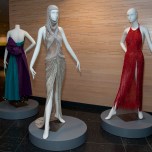 CHICAGO — It was a celebration befitting a designer who has dressed the stars — Bob Mackie, whose career has spanned six decades.

From socialites to one well-known female impersonator, Mackie’s fans turned out on Tuesday night at the Chicago History Museum to celebrate the designer’s acceptance of the Costume Council’s Designer of Excellence Award.

“We’ve tried for a long time to get Bob here,” Ivon said. “When I was at Saks Fifth Avenue, I worked with him on many, many fashion shows. He’s such a talented, brilliant man. Of all the designers I have worked with, I have never worked with anyone that knew a woman’s body better. If you don’t have a bosom, you got a bosom. If you have a bosom, it’s reduced. He’s spectacular. That’s just costuming. But he also loves what he does. And he couldn’t be nicer.”

Wilkin, wearing an embroidered black-and-gold suede cape and coordinating boots, circa Mackie Eighties, said she couldn’t recall the first time she met the designer. “We were instantly great friends. I loved his stuff. I think I always wanted to be a show girl or a ‘Solid Gold’ dancer,” she said.

The evening included a conversation between Mackie and Hal Rubenstein that touched on highlights from the designer’s expansive career — from Hollywood and working with Judy Garland and Carol Burnett to dressing Cher and rock singer Pink to how he defines glamour.

Mackie said he met Burnett, whom he described as one of the most brilliant women he has ever worked with, through his first celebrity client, Mitzi Gaynor. Mackie was the costume designer for Burnett during her show’s entire 11-year run.

“The people on [the show] were amazing and talented and everybody was very together and not crazy at all. We were there to do a good show. And it was my job to make it look good and once in a while get a laugh,” Mackie said.

Rubenstein pointed to the iconic “Went With the Wind!” episode, a parody of “Gone With the Wind,” in which Burnett wears a full set of curtains — including the curtain rod.

“Did the writers ask for this or did you come up with this?” Rubenstein questioned.

“They just said she took the drapes off the window, went up the stairs and came down dressed in the drapes,” Mackie said. “Everybody had seen the movie a million times, but they didn’t know what to expect. We got that laugh. We got one of the biggest laughs ever recorded in television history. That outfit is in the Smithsonian now.”

Cher making the cover of Time magazine in 1975 wearing a Mackie sheer dress bedecked with rhinestones and marabou feathers stands out to this day for the designer.

“That was very special. The magazine was banned from newsstands in the South,” Mackie said earlier that day. “It was just fun and very unexpected. We had been on plenty of magazines but never anything that serious. It was a whole different world then, it was mostly politicians and world leaders on the cover [of Time].”

Celebrating Mackie’s work may not stop with the Costume Council award — a museum retrospective that would bring together his extensive designs over the decades and possibly go on tour is in the early stages of planning. “That would be wonderful,” said Ivon, who works on the archives at the Costume Council, adding she would love if the Chicago History Museum could host the exhibit.