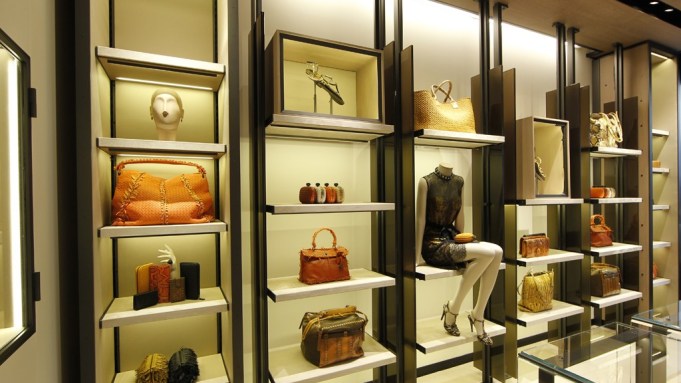 NEW YORK — His and hers boutiques are the latest idea from Bottega Veneta.

The brand on Saturday opened a 2,000-square-foot women’s-only store at 849 Madison Avenue that represents a new retail concept that segregates the sexes.

So far, a few stores dedicated to men have opened in Asia. In terms of the U.S., “there’s nothing that we can discuss at this time,” a spokesman said.

Bottega Veneta creative director Tomas Maier said several other Manhattan neighborhoods could support a women’s or men’s only store. “The specifics will depend on the location and the space, but there is definitely a need for a downtown Bottega Veneta,” he said.

Maier believes that “couples spend more when they shop together [because] they encourage each other, while people who shop alone sometimes second-guess themselves.” But the single-sex stores serve another purpose, providing Bottega Veneta with a vehicle for further developing its business in markets where the brand is already well established. “It reflects a strategy even more focused on the customer, enhancing our ability to provide her with an even more optimal luxury shopping experience in markets where the circumstances are right,” said Marco Bizzarri, president and chief executive officer. “On Fifth Avenue, we have a flagship that showcases the complete collection, and on Madison Avenue we have a boutique dedicated to a specific customer in the neighborhood where she lives and shops.”

Luxury is the optimum word at the new store. Maier found lavish and unconventional uses for leather and suede, which are at the heart of the company’s heritage. Walls are covered in suede, door handles are sheathed in leather and Maier designed a pair of leather sofas in collaboration with high end furniture company Poltrona Frau. Bottega Veneta’s furniture collection was introduced in 2006 and significantly expanded in 2010.

Glass shelves atop ready-to-wear fixtures dramatically suspended from the ceiling hold a single pair of shoes, such as the Plaster Canapa wool pump whose heel is covered in Swarovski crystals.

The store has already received the resort collection, while most other locations will get it on Nov. 15.

Intreccio, a technique for weaving leather that’s become associated with the brand, can be seen in several permutations such as a limited edition Nero Plaster Intreccio Micropizzo tote made with tubular strips of leather, $11,000, and the Treccia Plume leather Cocco Lave Cabat in resina (yellow) where the thinnest, lightest leather is triple braided for a padded effect, $21,800. An exclusive style for the Madison Avenue store is a Fire Opal Franges Nappa bag, $3,250.

Maier said there will be more one-of-a-kind designs and special pieces made for the store.

Asked whether women’s only and men’s only stores should be in close proximity to one another, Maier said, “I think they can exist on their own. What works in a given neighborhood will depend on the city and the culture, but I don’t envision always opening new stores in pairs.”

As for future women’s only and men’s only stores, Maier said, “A number of major cities could support this type of store, including Paris, London, Hong Kong, Tokyo and Los Angeles.”