Bottega Veneta has partnered with a real estate developer for the first time, designing the grand lobby and all common areas inside a Berlin luxury residence by Ralf Schmitz. 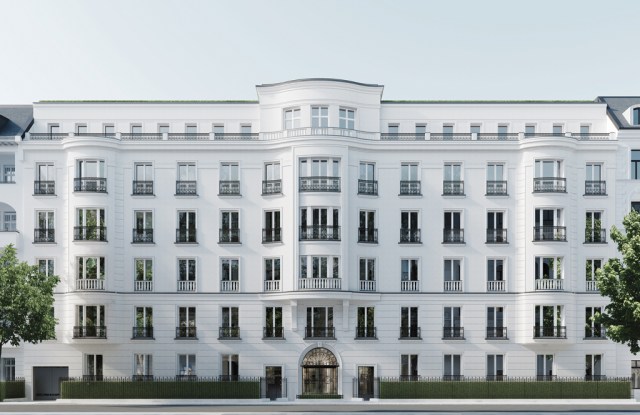 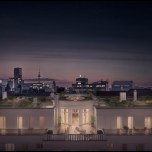 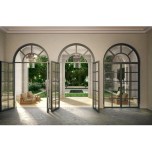 MILAN — Bottega Veneta has partnered with a real estate developer for the first time, designing the grand lobby and all common areas inside a Berlin luxury residence by Ralf Schmitz, a German firm known for its upscale property developments. Since its inception in 1864, the company has remained family-run and worked on upwards of 2,500 properties.

With architecture by Sebastian Treese Architects, the new residence, called Eisenzahn 1, is located in the Charlottenburg-Wilmersdorf West Berlin neighborhood and slated to open in fall 2016.

Spread across six floors, the building is comprised of 11 living spaces and one full-floor penthouse with a private rooftop terrace; at 5,035 square feet and 8.5 million euros, or $9.16 million at current exchange, that’s the most expensive of the bunch. Prices for the other residences start at 2.2 million euros, or $2.35 million, and the smallest is 2,067 square feet. An entire floor level was scrapped to allow for ceilings nearly 11 feet high, and any of the residences can be fully outfitted in Bottega Veneta home decor, upon request. Daniel Schmitz, managing director of Ralf Schmitz and the great-great-grandson of its founder, said he was familiar with work Bottega Veneta creative director Tomas Maier had done on a suite in the St. Regis hotel in Rome, and felt the designer’s understated aesthetic was a strong match for his company’s approach.

“We have a very strong focus on craftsmanship,” he said, noting previous generations of family members had experience in carpentry and construction, and over time, the Ralf Schmitz firm had established contacts with an extensive network of specialized artisans. “That’s also what I like very much about Bottega Veneta: It’s not this exterior, flashy [style], it’s about how each thing is made,” Schmitz added.

“Everything Ralf Schmitz has done has been so tasteful and to such high standards of construction. I looked at the previous projects they had built and I was very impressed by their attention to quality. I was also keen on the idea of working in Berlin,” said Maier, who hails from Pforzheim, Germany, and whose parents were both architects.

He added that he began work on the Eisenzahn 1 project after carefully studying the floor plans and “thinking about context.

“There is a certain classicism evident throughout Charlottenburg and our design reflects that,” said Maier. “One main difference in the creative process for designing an interior versus designing fashion is that with interiors I usually begin with materials, whereas with fashion I generally begin by thinking about color.”