Bottega Veneta is looking east for business and steadily expanding its retail network into new markets such as Turkey, Lithuania, Ukraine, Bahrain, Saudi... 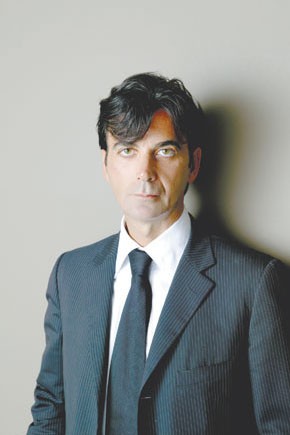 In common with many of its competitors, the brand is also turning to India, China and Russia, reaching out to deep-pocketed customers hungry for luxury goods. Although logoed products are still a big draw in those countries, the more understated Bottega Veneta is undeterred, according to Patrizio Di Marco, chief executive officer of the company.

“Our brand awareness is still limited globally, even in the more mature markets,” said Di Marco in an exclusive interview. “However, we bank on a very clear and definite positioning: luxury — period.”

The strategy has built Bottega Veneta into one of the more successful subsidiaries under the Gucci Group umbrella. Sales grew to 267 million euros, or $385.3 million at average exchange, last year, which would have been a 68.7 percent rise in sales at constant exchange.

By the end of this year, Bottega Veneta will have 110 directly operated stores, up from 21 in 2001 when Gucci Group acquired the brand. In addition, there are 14 franchised stores in markets where partners are required, such as in the Middle East. Retail sales account for 85 percent of revenues, with wholesale making up the rest.

“Since early on, we thought it was best to rely on our own stores because we believe this type of product needs its own ambience,” said Di Marco. “I know [our competitors also] say that, but I think it’s simply stating facts for us. Stores are a means to communicate, rather than investing heavily in ad campaigns, for example.”

Earlier this year, the company opened boutiques in China, in Shanghai and Beijing, and in Ukraine, in Kiev, followed in the fall by stores in Moscow, Dubai, Mumbai and Vilnius, Lithuania.

“This is a wonderful opportunity for Bottega Veneta,” said creative director Tomas Maier upon the opening. “Vilnius is a dynamic city on the verge of even greater things, and we’re excited to be a part of it and better service the local client.”

As for Kiev, Maier described it as a “fast-growing city with an incredible history.”

Ten more stores are scheduled to open next year, including one in Qatar in March.

Di Marco said he was “very satisfied” with the company’s retailing strategy, underscoring the focus on Eastern European countries. “We take note of macroeconomic data: These are countries that are growing at a 5 to 10 percent rate each year,” said the executive. “We are also counting on China, which, over the past four or five years, has become increasingly more sophisticated and has expanded its purchase range from the hard-core luxury gifts of the past — watches and jewelry — and from a male-dominated customer base.”

The approach in India, where the company this fall opened its first store in Mumbai at the country’s first luxury mall, the Galleria, is more cautious and gradual. “We are evaluating different opportunities, studying the response, talking to our partner [Murjani Group] and learning as much as possible about the country,” said Di Marco, adding there are still thorny issues such as high taxes on imported goods and a lack of real estate opportunities in India.

Di Marco, however, dismissed any cliché about customers from Russia, China and India as the new rich merely looking for flashy products. “Culturally, they have such a taste for beauty — let’s not forget about Fabergé eggs, or the Great Wall and the maharajahs,” he said.

Unlike many of its competitors, which recently have taken to differentiating their boutiques depending on the locations, Bottega Veneta’s stores are the same concept worldwide, featuring a number of iconic elements: walnut tables, handcrafted vitrines, door handles sheathed in leather, mohair furniture upholstery, pure New Zealand wool carpets and walls covered with Asahi bookcloth. “We adapt the model to the existing space, though,” noted Di Marco. “If there is a beautiful staircase, we work on enhancing it, not hiding it.”

Geographically, the markets are well balanced. At the end of last year, Asia, excluding Japan, and the U.S. each accounted for 20 percent of sales. There are 18 stores in the U.S., and Bottega Veneta plans to open a second shop in Las Vegas next month. Europe, which at the company includes the Middle East, Russia and India, accounted for 30 percent of revenues, as did Japan.

“Asia will weigh more and more in terms of sales, but Japan remains one of the most important markets despite the recession, where we’ve seen an explosion of growth in the last three years, without events, discounts or special communication campaigns,” said Di Marco. “Every year, Bottega Veneta has continuously shown a double-digit growth in Japan.”

In the first quarter of this year, sales in Japan grew 57 percent; in the second quarter, they were up 70 percent, and 47 percent in the third quarter. In May, the company opened its largest store in the world in Tokyo’s Ginza. Di Marco said he was pleased with the flagship’s performance, noting the “ideal” positioning and how the 9,700-square-foot space allows the brand to display its full product range.