The Italian fashion group celebrates its 50th anniversary in 2016 and the 15th year of Tomas Maier as creative director. 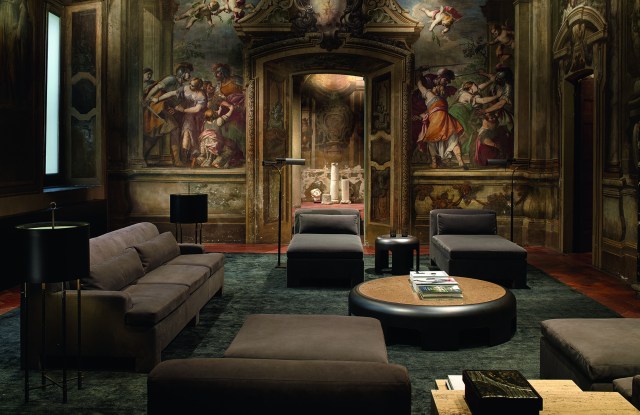 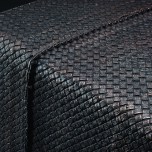 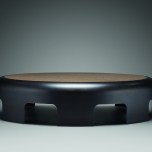 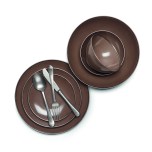 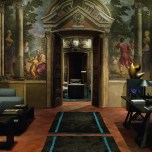 MILAN — It’s triple milestones for Bottega Veneta this year. The Italian luxury fashion firm marks its 50th anniversary in 2016, creative director Tomas Maier has been head of design for 15 years, and the brand’s home collection was launched a decade ago.

Maier was here this week to present the company’s latest home pieces at its sprawling flagship dedicated to the line, timed to coincide with the international furniture and design trade show Salone del Mobile. On Thursday, a new family of scents will be unveiled in Vicenza, Italy, the fifth year since the launch of the first fragrance.

While any kind of celebration is still tentative, and the designer was mulling different ideas to possibly take shape in the fall, Maier told WWD these anniversaries “could be a nice opportunity to open up to a broader audience, my peers and to people in the company. That would be nice. Let’s see.”

The soft-spoken designer said he “really likes the idea of a genderless, neutral or unisex scent,” which segued into the current discussion of showing both women’s and men’s collections at the same time, as is being done by brands including Bottega’s stablemate in Kering, Gucci.

“I could consider it,” said Maier, also with the larger show in the fall in mind.

He’s shown some pre-collection looks on the brand’s men’s runway in the past. “It’s an interesting topic. We have to find a new way, a solution and the experience should be enjoyable,” he added, pointing to both the expense and the number of shows the industry attends.

But he’s firmly against the idea of a see-now-buy-now show for Bottega Veneta. “Our products need time to be made and our client doesn’t expect them right away. There is the pleasure of having to wait for something.”

Maier also said he doesn’t believe in shows open to consumers, who “don’t want to go to shows for housewives, they want the real experience, the real sizzle, editors sitting in the front row, their reaction and excitement. If not, they would get bored after the first time.”

Taking a tour of the rooms furnished with the latest Bottega Veneta home line, Maier expressed how “especially proud” he was “that it is produced in-house. It’s a real atelier [in Vicenza],” where the company researches and develops different materials, solutions and functions. Craftsmanship but also technology are priorities, as the designer showed how a lamp’s light changed intensity depending on the touch.

Functionality is a key for Maier, who pointed out that every piece should be practical. Take the collection’s oak and sterling silver boxes with semiprecious stones, from amber to opal, named after different planets. “I like the idea of the planets and I like beautiful boxes. You can store letters, pictures of lost relatives inside them. They are special and nobody that comes to your home would think of opening a box, would they?”

A family of sofas and armchairs in an ash hue and made with Poltrona Frau is called “Rudi” and Maier pointed out that with this item he wanted “no reference to any specific [design] period.” They are available in mohair velvet, linen, suede or leather. Arch tables combine bronze structures and honey-veined travertine or matte oak.

Maier expressed his preference for round tables, which allow “easier conversation.” A chest of drawers entirely covered in suede or leather featured bronze handles combined with marble or a wooden top.

The collection also includes an exclusive collaboration between Maier and Osanna Visconti di Modrone: a set of bronze tables featuring a surface reminiscent of Bottega Veneta’s staple intrecciato leather motif. “Each table is unique, as a sculpture, as each piece’s mold is broken [to produce the table],” explained Maier. “We’ve been friends for years,” he added, explaining the tie-up with Visconti di Modrone, who is also a jewelry designer. The intrecciato motif is also present on new made-to-order rugs. “We are growing the line with new product families, expanding them depending on the need. We didn’t have martini glasses before, for example,” Maier said.

The designer said an entire floor will be dedicated to the home line in the new flagship in New York set to be unveiled by the end of 2017 on Madison Avenue.