A swarm of question marks is hovering over luxury, spooking brands and investors alike about future growth prospects. 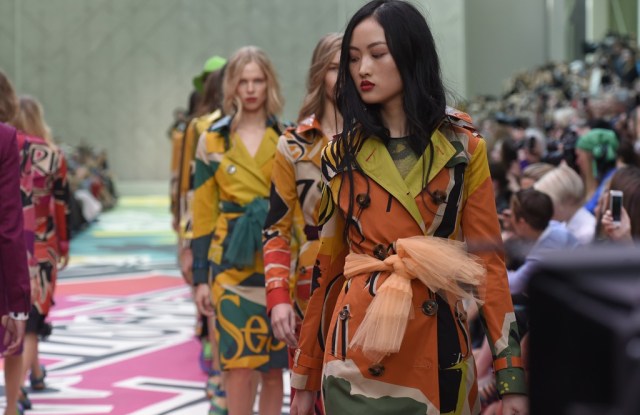 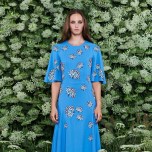 LONDON — A swarm of question marks is hovering over luxury, spooking brands and investors alike about growth prospects.

The only certainty is uncertainty as companies grit their teeth and continue trading through a slowdown in consumption and near constant political flare-ups worldwide.

On Tuesday, Burberry warned of a “more difficult external environment” ahead — despite an impressive set of first-half results — while Mulberry issued yet another profit warning, admitting it was blindsided by a slowdown in tourist traffic in London and a decline in wholesale sales worldwide.

The company trumpeted accelerated growth in the jewelry segment, driven by Bulgari, while watches “continued to be impacted by the cautious purchasing behavior of multibrand retailers in an uncertain economic environment.”

Luca Solca, managing director at BNP Paribas, said LVMH’s third-quarter results confirm “a lukewarm trading environment in which the Chinese prudent/subdued consumer sentiment seems to be taking a toll on key divisions…while the strength of U.S. and Middle Eastern demand does not seem enough to lift prospects for the full year, mired by negative developments in Eastern Europe and Hong Kong.”

Burberry chief financial officer Carol Fairweather said her company was no different from any other in paying close attention to unfolding events in the troubled world.

“There are geopolitical uncertainties, we’re conscious of Ukraine, the disruption in Hong Kong, tensions in the Middle East; we’re watching Ebola, and we’re aware that the general economic environment may be slowing around the world,” she said during a conference call on Monday.

She didn’t even get the chance to mention that Germany now stands on the brink of recession or that last week, Standard & Poor’s slashed France’s credit outlook to “negative” as the country struggles to show some economic growth.

On Monday, after reporting a 6.7 percent uptick in first-half sales, and a 14 percent rise at constant exchange rates, Burberry’s share price closed down 3.5 percent to 14.25 pounds, or $22.92.

Shares of Mulberry Group closed down 12.2 percent to 6.75 pounds, or $10.86, after the company reported a 17 percent drop in first-half revenues to 64.7 million pounds, or $104.8 million. The company said pre-tax profit for the full year ending March 31 is expected to be “significantly below current expectations.”

Godfrey Davis, who returned to the chief executive officer’s seat earlier this year in a bid to get Mulberry back on track after a problem-fraught few years, said: “With wholesale, we haven’t lost accounts, but people have been more cautious in buying.” He added that Mulberry franchises in Europe and Asia have witnessed a trend emerge of fewer customers buying more.

As for the U.K., Mulberry also suffered from a decline in footfall, particularly tourist shoppers, as well as challenging comparative outlet sales.

It should come as no surprise then that Jimmy Choo, which is set to list on the London Stock Exchange later this month, is walking a cautious line: Its road show still has a few days to go, but industry sources suggest the list price will land in the middle of the proposed price range, at 1.60 pounds a share, or $2.57, in a bid to leave room for the stock to gain ground on the big day.

Last month, Exane BNP Paribas wrote in a report aimed at institutional investors that demand for luxury goods will continue to grow at a “moderate” pace in the second half, with trade in China and Hong Kong under pressure and tourists from emerging luxury markets clamping down on spending.

On Tuesday in Milan, Bain & Co. and Fondazione Altagamma, the Italian luxury goods association, reiterated that sentiment, saying the luxury goods sector is expected to log a 2 percent gain to 223 billion euros, or $283.2 billion at current exchange, in 2014 compared with the previous year.

Bain suggested that brands rethink their approach to traditional geographic markets: “As luxury markets shed their traditional borders, it no longer makes sense to exclusively think in terms of geographies,” according to Claudia D’Arpizio, partner at Bain in Milan.

“The attention shifts onto consumers with trends and local preferences that represent only a part of the global picture. This new perspective carries significant implications for luxury brands: It requires a rethinking of the offer in a global way, with the concept of season, a key pillar of this industry, becoming increasingly obsolete.”

Hard luxury, meanwhile, is slowing down, hit by a deceleration in Asia, especially of watches. Last month, Cartier slashed the working hours of about 14 percent of its staff in the watch production and assembly division, in the wake of weak demand and destocking, particularly in the Asia-Pacific region.

At parent Compagnie Financière Richemont overall, sales growth slowed to 1 percent on a reported basis, and 4 percent at constant exchange rates in the first five months of the year. The company blamed the performance on currency headwinds and “subdued” demand for luxury goods worldwide.

While the outlook may be uncertain, growth is still happening — in patches. At Mulberry, retail sales in the U.S. and Europe were up 20 percent to 7.5 million pounds, or $12.1 million. Davis also said full-price sales in the U.K. are on the upswing, having risen 12 percent in September.

Burberry won accolades from analysts for its robust growth in the first half. Citi said Burberry was “still top of the bunch, delivering industry-leading growth,” while Exane BNP Paribas called the results “strong” and said the company is performing well above average for the sector.

Bank of America Merrill Lynch said it expects Burberry’s first-half revenue growth to be “well ahead of luxury sector peers” when it reports over the next six weeks. In Burberry’s first half, all regions notched double-digit underlying growth and single-digit growth at reported exchange rates.

At LVMH, faster growth in Europe and the U.S. offset a slowdown in Asia in the third quarter while fashion and leather goods posted a 9 percent improvement in the same period, reflecting “good progress” as Fendi and Céline ramped up store expansion and fleshed out leather goods and footwear ranges.

Calculations are based on 2013 revenues restated to reflect new IFRS reporting rules on consolidation, including the integration of Loro Piana, acquired in late 2013.

In organic terms, nine-month sales improved 3 percent in fashion and leather goods; 5 percent in watches and jewelry; 8 percent in selective retailing; and 8 percent in perfumes and cosmetics.

The wine and spirits division registered a 3 percent drop, which LVMH blamed on a destocking of cognac in China, where an anticorruption campaign has dented sales of liquors and watches primarily.

LVMH’s French rival Kering is scheduled to report its third-quarter sales on Oct. 23, and is expected to post organic growth of 4 percent, according to a research note by Barclays.