After testing the initiative with the Iodice label, the Brazilian Association of Fashion Designers just launched a talent incubator program. 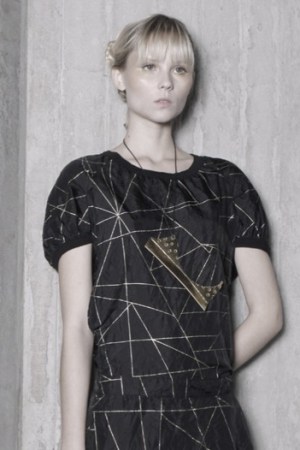 Brazil has moved onto the fashion world’s radar with its economic promise, rapid growth, luxury stores and host status for the 2016 Summer Olympics.

And in 2010, watch for some of Brazil’s homegrown design talent to make its mark on the U.S. fashion scene. After testing the initiative with the Iodice label, the Brazilian Association of Fashion Designers, which is known as ABEST, just launched a talent incubator program supported by the government that helps designers land on their feet in the U.S. market.

The nonprofit organization, with 53 designer members, teamed up with the Scatola Sartoriale showroom and Industry Publicity. Beginning this month, UMA, the label designed by Raquel and Roberto Davidowicz, and footwear designer Mauricio Medeiros have been selected as beneficiaries of the program. They will work with Scatola and Industry to build their businesses in the U.S. through their spring 2011 collections and possibly beyond.

Valentino Vettori, founder and president of Scatola, and Suzanne Koshnoodi, president of Industry, cofounded Fashion Embassy, the U.S. entity that works with ABEST.

“Brazil is becoming a new global economic and image baseline, and the Brazilian fashion designer who has been growing and developing with ABEST/Apex since 2007 could be leveraged at this moment,” said Antonin Bartos Filho, ABEST’s chief executive officer.

Bartos Filho said only 10 percent of the country’s new designers find success outside of Brazil within three years of a launch, and errors in collection designs, deliveries, pricing and other services are among the reasons for the low rate.

ABEST and its partners will help educate and guide designers in areas such as marketing, sales, design and operations that specifically target the U.S. market.

“Instead of each brand looking for a sales showroom, [and] p.r.-marketing, ABEST invested in placing Brazilian brands together for a U.S. launch,” Bartos Filho said. “This allows better negotiation in space, fees…and creates a stronger Brazilian identity and synergies for buyers, press and operations.”

Koshnoodi added, “We went down there and took a look at designers that had potential, but weren’t there yet.”

By the end of next year, ABEST plans to tap two more Brazilian designers, and in 2011, add four more to participate in the program.

“It has been impacting in every sense,” said Adriano Iodice, vice president of the Iodice brand. “The brand is much stronger when it’s part of an association. Regarding financial support, it has been very helpful since the association helps the brand with part of all investments, so by doing this the brand can plan all steps carefully.”