Chanel, Hermès, Christian Louboutin, Carolina Herrera and Marc Jacobs are among the brands to have arrived in the past two years — and more are coming. 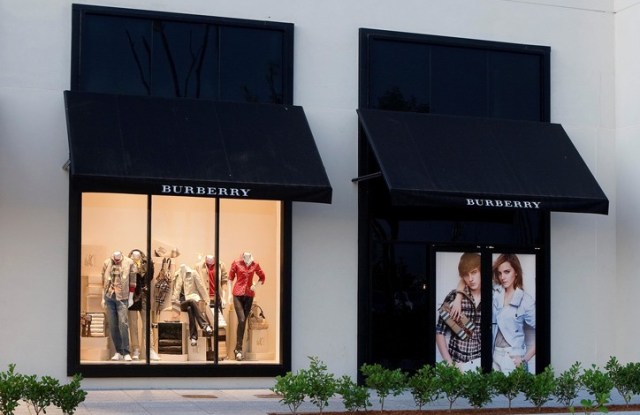 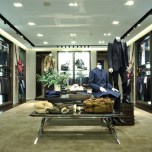 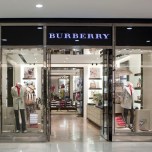 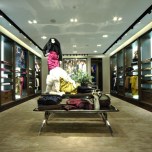 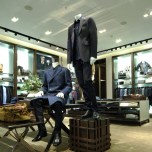 SAO PAULO — If overseas visitors with an appetite for luxury brands landed here for the first time, they’d now feel right at home in shopping areas such as the Jardins neighborhood and in the city’s most sophisticated malls, Shopping Iguatemi and Shopping Cidade Jardim.

Strolling around the streets or malls, the visitors would see brands such as Chanel, Hermès, Emilio Pucci, Burberry, Christian Louboutin, Diane von Furstenberg, Jimmy Choo, Carolina Herrera, Marc Jacobs, Celine, Goyard, Alexander Wang and Isabel Marant. All of these companies have arrived in Brazil in the past two years, most by opening stand-alone stores that are either directly operated or run by local franchisees.

And the momentum is only expected to grow.

Brazil currently accounts for just $7.59 billion in luxury revenues, or about 1 percent of the total global market. But it is growing at 22 percent a year — far outpacing more established markets and even Brazil’s general retail sales, which rose an estimated 11 percent in 2010. And the country’s luxury sales are now almost twice as high as they were in 2006.

As a result of the economic stability brought on by eight years of President Luiz Inácio Lula da Silva’s government — which is expected to continue under new President Dilma Rousseff, who took over on Saturday — there is a new and avid middle-class consumer. This “new bourgeoisie,” according to “Europe: Branded Consumer Goods,” a June report from Goldman Sachs, “can drive luxury goods sales in the next decade.”

According to the report, luxury sales in Brazil could represent 6 percent of the global market by 2025, or $63.5 billion.

“The Brazilian market is mature. This is now the time for us to consolidate our presence there, directly operating the boutique network as we do elsewhere,” said Bruno Pavlovsky, president of Chanel’s fashion division.

After more than a decade under the operation of Daslu, Brazil’s leading luxury retailer for the past 50 years, Chanel earlier this year closed its franchised shop inside the four-story Daslu Villa here. Last July, it took over the management of its store in Shopping Cidade Jardim, where it stands on the same floor as Hermès’ first unit in the country, a concession opened in September 2009, and near Louis Vuitton (which has been in Brazil since 1999), Tiffany & Co. (which arrived in 2001) and Ermenegildo Zegna (which has had a franchised store here since 2001).

The move had an immediate impact on Chanel’s prices, since the luxury brand no longer had to pay a middleman. They fell by about 30 percent, with installment payments — dividing the total amount of a purchase into monthly payments is a Brazilian custom to which foreign brands yield — ranging from three to six months.

A second Chanel store in São Paulo opened last November. The 2,150-square-foot space in Shopping Iguatemi was designed by Peter Marino and is across from Gucci, which opened in November 2009. The second Chanel unit emphasizes accessories and classic bags because the company believes it will attract a greater number of customers, as Iguatemi is more centrally located than Shopping Cidade Jardim.

Far removed from the Oscar Freire and Haddock Lobo, the two main luxury streets in Jardins, Cidade Jardim isn’t as easily accessible as Iguatemi, with poor public bus services and taxi rides that can cost as much as a meal in a trendy restaurant. Its location could be one reason Cidade Jardim attracts only about 15,000 customers a day, a third of the number who visit Iguatemi. Still, Cidade Jardim’s consumers spend big, averaging about 2,800 reais, or about $1,700, a visit, almost six times the Brazilian minimum wage. Given that high spending, the windows of the Chanel store in the mall focus on ready-to-wear.

“Iguatemi is the best location in the whole Latin American market. It is a strong and growing luxury fashion environment, with other luxury brands opening regularly. Cidade Jardim is a new ultraluxury shopping mall with a very strong potential expected for the end of 2011, when the project, which involves residential and office buildings and a new road to avoid traffic, will be completed,” said Pavlovsky.

Although São Paulo represents 70 percent of Brazil’s luxury market, Pavlovsky sees the country’s capital, Brasília, and Rio de Janeiro “as very promising” for future Chanel stores, although nothing has been confirmed.

Iguatemi already has a mall in Brasília, where Burberry opened its first directly operated store last May. Analysts said the store was the most lucrative one in the mall in the first month of opening. Burberry subsequently opened a second store, in Iguatemi São Paulo, early last month.

A site being eyed by luxury brands in Rio is the Village Mall, which is being planned in the city’s Barra da Tijuca neighborhood. Nicole Kidman has been hired to promote the new address, which is expected to be inaugurated in 2012.

The two main malls going head-to-head for now, though, are Shopping Cidade Jardim and Shopping Iguatemi São Paulo. The Iguatemi mall was the first in Brazil when it opened in 1966 and has the highest rents per square foot in the country, according to Cushman & Wakefield. But Cidade Jardim, opened in May 2008 by JHSF, a company specializing in luxury retail estate, is quickly becoming a strong competitor and has plans to expand so it can attract more luxury labels.

Iguatemi Empresa de Shopping Centers S.A. also is expanding in São Paulo and will soon unveil a second address, Shopping JK Iguatemi, which insiders say is expected to see PPR’s luxury brands opening their first directly operated stores in the country. However, on a recent visit to São Paulo, PPR chief executive François-Henri Pinault praised the architecture of Cidade Jardim, a project that uses wood, trees and natural light from skylights to mimic street shopping. “Why are we not here?” he was overheard asking while walking by Giorgio Armani, Montblanc, Hermès and other stores.

As part of the plan to lure top international brands, JHSF made a concerted effort to attract Hermès. The French luxury house had been eager to enter the Brazilian market, even paying rent on a location at the corner of Oscar Freire and Haddock Lobo for five years, but it still couldn’t open a unit. Finally, after three years of negotiation, JHSF became an Hermès concessionaire and opened in Cidade Jardim.

“There are waiting lines for the Constance bag, and we were all surprised that our porcelain and the ready-to-wear, which are products that aren’t as well known as our silks, have had great results here,” said Richard Barczinski, a former H.Stern executive who was recruited to become director of Hermès Brasil. The brand is already researching a second address in São Paulo — most likely in the Jardins neighborhood — and a site for its first store in Rio.

The successful tie-up between JHSF and Hermès attracted the attention of many international brands eager to move into Brazil but not willing to deal with the country’s bureaucracy, complicated legal structure and tax laws — all of which, according to PricewaterhouseCoopers, are impeding the growth of luxury in the country. JHSF decided to expand its business by opening up a retail division in July, which is overseen by Barczinski. The new division aims to replicate JHSF’s experience with Hermès with other brands, opening stores not only in Cidade Jardim but in other locations, even in Iguatemi’s malls.

The first two brands to close deals with JHSF’s new retail division were Jimmy Choo and Emilio Pucci, both of which were sold formerly in Daslu. Pucci is still available at NK Store, the hip luxury spot for fashion-forward and low-profile-oriented consumers in São Paulo and in Rio, while Jimmy Choo opened an 860-square-foot store in Cidade Jardim in November.

“We did not consider operating directly in Brazil,” said Jimmy Choo chief executive officer Joshua Schulman. “The right distribution model for us in the country is an agreement with a local partner who deeply understands the customer, the culture and the real state market.”