Keeping its bohemian yet hyper-chic unique attitude, Milan’s historic neighborhood is becoming the new hot destination for the fashion crowd.

By Alessandra Turra on May 19, 2014
View Slideshow 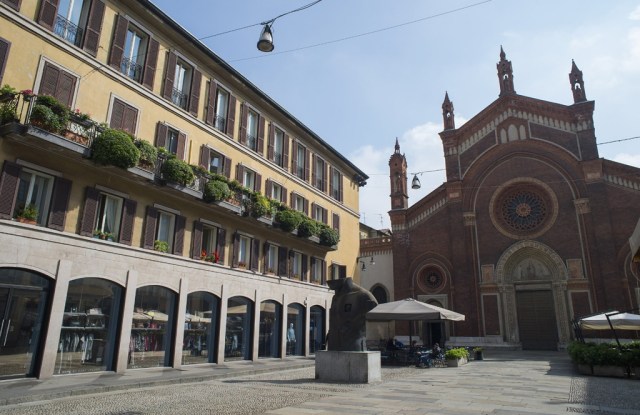 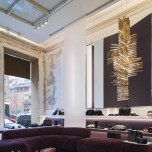 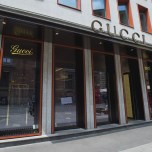 Over the past few years, several brands have invested in this picturesque, central area, which, as home to the prestigious Academy of Fine Arts, has always met the likes of artists as well as art and antique dealers.

“In Brera during the last four or five years, we registered a concentration of requests from two specific key sectors: fashion and design,” said Marco Torrani, an associate at real estate agency Remax, explaining that 80 percent of Brera stores are occupied by companies in those business segments. “Of those 80 percent, 50 percent are fashion companies and the remaining 30 percent are design labels — although on Via Solferino, for example, the percentage of fashion stores is even higher, reaching 70 percent.”

“Over the last few years, Brera went through a decisive change in its retail landscape, which went from being traditional to innovative. Many smaller, storied shops closed and were replaced by fashion and design stores,” said Clara Garibello, research director of Scenari Immobliari, an independent research institute.

“The retail real estate market in Brera is very dynamic — stores remain empty for very short periods,” she noted, adding that there is an increased demand from international companies, which currently represent 25 percent of the labels looking for space in the neighborhood.

Marc by Marc Jacobs was among the first international fashion firms to choose Brera for its Milan stores. In 2010, the brand opened its first Italian boutique and café in a one-story, 3,132-square-foot space looking onto the 15th-century church of Santa Maria del Carmine in the cobblestone square.

Three years later, Gucci, for its first men’s wear flagship in Europe, opted for a 5,400-square-foot space in a building on the corner of Via Brera and Via Fiori Chiari and facing the Academy of Fine Arts. The building had been recently renovated in a modern style. The store — reflecting a different concept from that of the brand’s other flagships — features an area dedicated to the label’s exclusive made-to-measure program and carries the special line designed by Gucci creative director Frida Giannini and Lapo Elkann.

Last year, Brooks Brothers opened a Flatiron Shop in the same building as Gucci, choosing the Brera area for its more youthful brand and its Red Fleece collection.

“The arrival of important names like Gucci definitely boosted the expansion of the retail business in the area, as well as the development of the new Porta Nuova real estate project, which attracted several names from the fashion industry,” said Garibello. “But Brera is keeping its unique spirit. It cannot be compared to other areas. It’s a neighborhood focused on research and innovation. Brera will also maintain its difference from the Golden Triangle, because while the latter is only focused on fashion, in Brera there is a mix of fashion, design and other retail businesses. In addition, the quality of the product offering in Brera is very high and very particular.”

An exclusive offering and an individualized shopping experience are Brera’s winning elements, according to fashion designer Massimo Alba, who opened his first luxury flagship on Via Brera in 2009, along with other high-end brands including Faliero Sarti, Amina Rubinacci, Slowear and Golden Goose Deluxe Brand.

“I strongly believe that stores should be in the city’s historical center and they should offer things that are different from those you find in the shopping malls,” Alba said. “For my store, I was specifically looking for a space on Via Brera, so I waited for the ideal location. I wanted my flagship to be in a real neighborhood, where there are beautiful buildings, restaurants, bars, where people actually live.

“In addition, the other thing I particularly like about Via Brera is that [with Via Verdi] it connects La Scala theater with the Brera Academy, standing out as an important artery for the cultural life of the city.”

Alba also pointed out that, in recent years, a number of exclusive hotels opened in the Brera district, bringing wealthier international customers into the area. “This new public is mature, has great spending power and doesn’t look for impersonal brands anymore,” he said.

“Customers hanging out in Brera are particular,” said MSGM founder and creative director Massimo Giorgetti, who chose Brera for the first flagship of his contemporary label. “There, tourists are civilized, well-educated and eclectic and, aside from looking for fashion stores, they also visit antique shops, art galleries and museums. Also, what I like about Brera is that there are not only tourists around, but a lot of people living in the neighborhood who are very international.”

MSGM boutique opened last year in the space formerly occupied by Antonia Uomo, the men’s division of Brera pioneer Antonia Boutique, which has since relocated to a bigger space on nearby Via Cusani. “We opted for Brera because it’s the only area of Milan reflecting the spirit of MSGM, which is dynamic, young and artistic,” Giorgetti added. “I think that the Golden Triangle is getting more and more commercial, also sometimes to the detriment of its image. Brera is definitely cooler and less frantic.”

Contemporary brand Pinko chose Brera to introduce its first Hybrid Shop, where a set of digital screens expands the space of the boutique, making it possible to order items that are not available in the shop’s stock, virtually enhancing and expanding the shopping experience.

“Brera is magic, it has its own atmosphere,” said Giulia Zoppas, who opened the first unit of her women’s wear and swimwear label Je m’en fous on Via Solferino. “Many big labels are slowly coming to this area. I think the neighborhood is expanding a lot — it’s always lively, there are always people around. I feel at home in Brera, I live there with my family and I think it’s the most beautiful area of Milan. It also is more affordable for young, new brands, like mine,” she added.

“Brera’s prices are definitely more competitive than those of other shopping districts in Milan, such as the Golden Triangle, Piazza Duomo and Corso Vittorio Emanuele, and they make the neighborhood extremely attractive — and not just for major brands,” confirmed Torrani, who also noted that companies tend to rent the stores rather than buying the spaces. “We also see more temporary stores, because companies prefer to test the market before making a significant investment.”

Although the prices of real estate in Brera have slightly dropped in the past couple of years, the area held out.

“Sales prices of retail spaces are down between 5 and 10 percent, much less than in other areas of Milan, where prices dropped 30 percent,” said Torrani, adding that the cost of renting commercial stores in Brera didn’t change in the same period.

“I’ve also done research that revealed that real estate profitability in Brera is significantly higher than in other areas of the city,” he added, explaining that tenants who rent out the spaces they bought can receive between 10 and 12 percent more than the amount they paid for the property.