Robert Duffy's wedding was neither a press nor celebrity affair, though numerous names-you-know were there, from Miley Cyrus to Marc Jacobs. 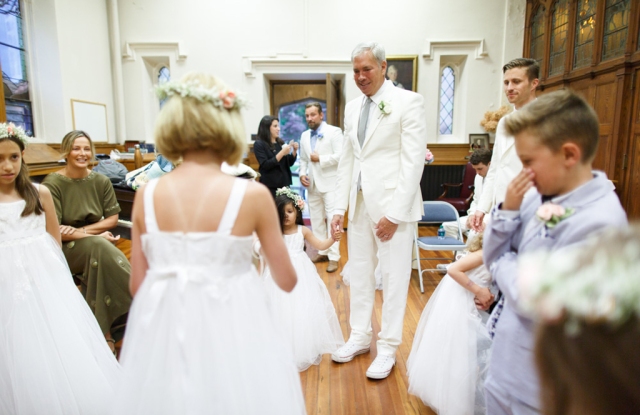 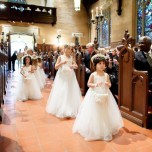 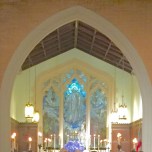 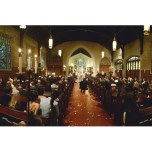 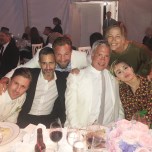 They’re not lanky adolescents hopeful of runway stardom (although in 10 or 12 years, who knows?). They’re the flower girls who dappled the church aisle with rose petals at the wedding on Saturday of Robert Duffy and Connor Dodd, and all children of Marc Jacobs’ employees-turned-friends. All save one — the one who went AWOL. Robert’s daughter, Victoria, exercised her not-quite-four-year-old prerogative and detoured pre-ceremony to a cozy spot in a pew next to her nanny, Alison Johnson.

The wedding, in Rhinebeck, N.Y., was neither a press nor celebrity affair, though numerous names-you-know were there — Marc Jacobs (obviously), who chronicled the event in a touching Instagram series; Miley Cyrus; Francine Prose, and Annie Leibovitz. Sebastian Suhl, the still-new, highly proactive chief executive officer of Marc Jacobs International attended with his charming wife, Christina Llorens. They were among the party of 250, packed with family members of Robert and Connor — Connor’s dashing twin Cameron delivered a toast — and an abundance of friends old and new including 30-plus past and present Marc Jacobs staffers. Marshall Vickness, Robert’s longtime assistant, who now works for Jony Ive, flew in from the West Coast; needs-no-introduction Kate Waters drove up from Charlottesville, Va., with her husband and three children, including Ingrid, even though they’re moving — as in houses — on Thursday.

It was an exquisite event, the working mandate clearly for celebration over pomp. Everything was planned impeccably to the last detail, which couldn’t have been easy. Said plans were not immune to the vagaries of the Almighty, whose weather agenda forced a venue change for the 6 p.m. ceremony from the garden of Robert’s house to His house, the Church of the Messiah. The change was called at around 4 p.m., when the flower girls’ cars were diverted in transit and the remarkable Chris Bauer managed to text or otherwise inform every last one with the change.

Somehow, the altar was dressed with huge, simple explosions of blue hydrangeas by Tina Keil of Bella Fiori in nearby Red Hook. The church’s rector and celebrant, the Rev. Richard McKeon Jr., said he was happy for the rain, as the church was built by John Jacob Astor IV, who met his [Earthly] end on the Titanic, and Robert and Connor’s home — now Victoria & Family Farm — is the former Astor Tea House. He then conducted a moving, traditional wedding ceremony.

“We’re not Astors,” Robert deadpanned as he and Connor greeted their guests in a hallway that led through the house to the spectacular grounds, the river view surreal in the mist. Apparently, the entire layout had undergone an emergency two-hour makeover, the dinner space moved under the tent in a space originally intended for dance floor alone. Within, all was pristine and pure, wooden chairs and table cloths bright white, the better to take in centerpieces of alternating blue hydrangeas and pink roses in different porcelain containers.

The food was great, the party, a blast. Well into the evening, Connor sang a song, having changed from his custom white Marc Jacobs suit into a more stage-worthy pants look from the women’s collection. Someone involved with the planning was overheard telling Robert, “Miley wants to sing for you,” and before long, she was up on stage. The dancing was exuberant, though every so often space cleared for one of the many children in attendance to show off impressive cartwheel moves.

Among some of the Marc Jacobs people, there was a tinge of wistfulness to the joy. The company’s business is undergoing a great deal of change, and Robert has stepped back from his day-to-day, hands-on role. What hasn’t changed is the intense fealty many of the people he hired over the years, in the showroom and across the brand’s small retail network, hold for him and the company, a fealty that runs far deeper than typical workplace loyalty and was on powerful display at the wedding. Many don’t know what their futures hold, but, anecdotal eavesdropping indicated that their pasts are filled with stories, and their presents, with bonds of friendship and devotion sprung from the workplace. And, they are connoisseurs of the company, ultra-aware of its idiosyncratic importance in fashion. Several offered variations on a singular thought: “We were so lucky to have been part of something special.”

Though unaware of such conversation, the flower girls seemed plenty aware of the power of fashion, the eldest among them, anyway. Well into the evening but early enough to be noticed, Ingrid — a tall, willowy nine-year-old — switched looks, out of her liturgical froth and into a long, black-and-white striped cotton knit skirt with a chunky white cropped sweater, retaining her floral headpiece for a Deauville-meets-Woodstock look. A runway in her future? Perhaps.