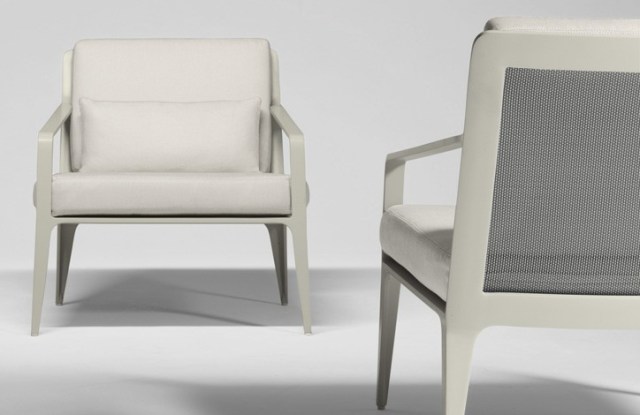 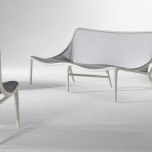 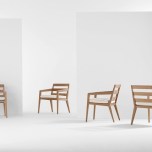 In step with plans to span the globe and extend its reach through select interior designers, architects and corporate buyers, Brown Jordan has tapped former staffer Richard Frinier to co-brand a luxury outdoor furniture collection.

As the names suggest, the take away is meant to be rest and relaxation, free from any electronic devices. “Everything is so fast in our lives right now.  I thought about the concept of slow living and wondered what if we expanded on that idea? What if we allowed our minds to drift while we stand still for a minute?” Frinier said.

The pairing is a first for the Pasadena-based, $300 million company, which celebrates its 65th anniversary this year. Having made significant inroads overseas in South America, Europe, London, Panama and Australia in the past 18 months, Brown Jordan decided introducing a designer component was the logical next step to amp up its luxury quota. International sales account for 5 percent of the brand’s total volume and that figure should climb to 20 percent by 2014, said Brown Jordan chief executive officer Gene Moriarity.

Rekindling a relationship with Frinier, whose 20-year tenure at the company led to the post of chief creative officer, has proven to be rewarding for both parties. Frinier said, “It’s not very often that you can come back where you began to pick up where you left off.”

Now a 30-year veteran in the home furnishings industry, Frinier first approached Brown Jordan in a fairly ambitious way. When he was a 21-year-old aspiring designer he spotted one of its chaises on the cover of The Los Angeles Times magazine and promptly applied for and landed a job there, eventually working his way up the ranks. In 2002, he bid the company goodbye to open his own creative consultant business, which he continues to run. Through that entity, he licenses exclusive and co-branded indoor and outdoor furniture, textiles, lighting and accessory designs to leading brands worldwide.

Made from an assortment of materials including cast aluminum, parabolic mesh and natural or weathered teak, the Richard Frinier Collection for Brown Jordan will consist of chairs, sectionals, tables, sofas, love seats and ottomans. Pricing has not yet been set.

While Frinier’s collaboration is ongoing, he is not the only designer enhancing Brown Jordan’s portfolio. Next up is German designer Mathias Hoffmann, whose mother Gertrud was a well-known textiles designer, as is his wife Ulrike Sárvári. Moriarity said, “We will be working with an assortment of international designers to showcase our products and to look for other exclusive opportunities to extend our efforts.”