Tory Burch opens new store in Ginza, the first of 30 planned for Japan and her first overseas flagship. 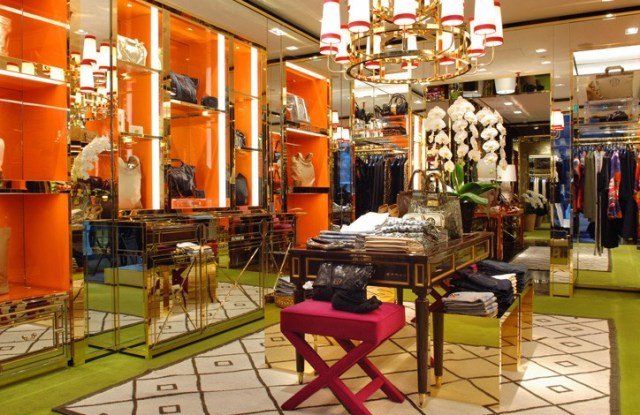 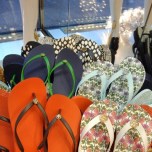 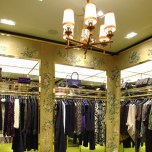 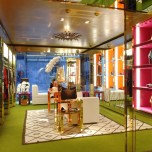 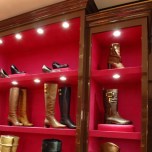 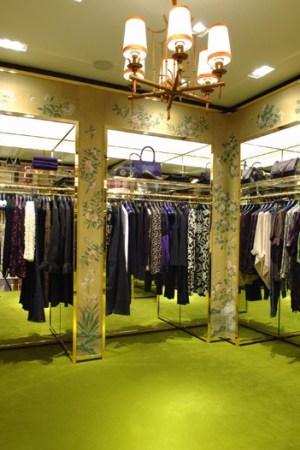 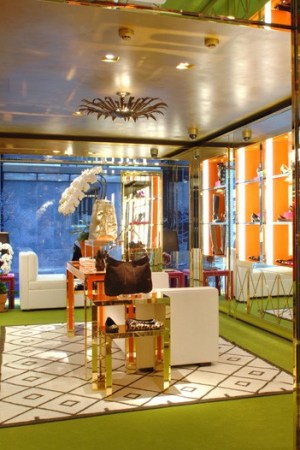 TOKYO — Tory Burch is out to span the globe.

With the opening here of her first overseas flagship, the designer has taken the initial step in a major international push. The eventual goal is to have overseas markets represent about 60 percent of the business.

The two-story, 2,551-square-foot store in Ginza here is the first of about 30 planned for Japan alone over the next few years, including a flagship in Tokyo’s Aoyama neighborhood. The Japanese stores are being opened in partnership with Look Inc.

Earlier this month, the American brand opened its first outpost in Manila. It’s plotting the best way to break into the Chinese market and eyeing expansion in Europe. Brigitte Kleine, president of Tory Burch, said the company is eyeing possible locations in both London and Rome. The company will also be opening at least 15 stores in the U.S. next year.

Much of this international expansion has been made possible through the recent investment from Tresalia Capital, a Mexico City-based investment company. “One of the reasons we were attracted to Tresalia was because of their international experience,” Kleine said. “We chose them as a partner because they matched our philosophy and our culture, and they believed in international and they believe also in the same philosophy that we believe in, which is steady growth but also well-planned-out and well-thought-out growth.”

Burch is channeling her design talents toward an increasingly international group of women. Kleine said Tory Burch expects its geographic exposure to shift significantly in the coming years, although she declined to set an exact timeline. As of now, international sales amount to less than 10 percent of Tory Burch’s total volume, which is estimated to exceed $200 million. But Kleine said she expects Asia will come to generate one-third of the privately held company’s volume with Europe and the Middle East comprising another third, and the remainder coming from the United States.

More imminently, the executive estimated Asia will comprise about 10 percent of the company’s volume next year.

In South Korea, where Burch also has a local partner in the form of Samsung Cheil Industries Inc., the company plans to open 15 freestanding stores and shop-in-shops in the next three to five years, including a freestanding store in Seoul this spring. The company has also turned its focus to China and Southeast Asia.

“We’re working on what the best approach to enter the [Chinese] market is right now,” said Kleine. “We believe in China and the opportunity that exists in China.”

Burch is also eager to expand her brand eastward. “A Chinese woman is great for us — we see it in our stores in the U.S. — and we’re looking forward to figuring out [the best way to enter the market],” the designer said.

When the Tokyo store opened on Dec. 8, there were lines of customers outside, waiting for their chance to snap up Burch’s iconic ballet flats and limited edition tote bags designed for the opening. Ten shoppers who purchased a tote bag found a “golden ticket” inside, allowing them access to Thursday’s opening party at a nearby event space.

Eager fans greeted Burch when she arrived at the party. She posed for endless photos with guests dressed in her designs, and was even given Christmas presents by some attendees. DJ Cassidy from New York spun a mix of classic and current pop music as models clad in the spring-summer collection posed atop a massive orange platform.

The designer, who is in town with her mother, Reva, and her two brothers Robert Isen and James Robinson, visited the store on Wednesday evening for a meet-and-greet with customers. Fans clamored to speak and pose for photos with the designer, who signed their makeup pouches, tote bags and invitations. “I’m sort of humbled by [the customers] and their response. It’s been such a nice welcoming,” Burch said.

“The women are just incredible to look at. They have such an individual way of putting things together,” Burch, on her third trip to Japan, told WWD. “The older women are incredibly elegant in the way they’re dressed, and then the younger women have this quirky, unique style that I love to look at. It’s always different.”

The Ginza shop, the first two-story flagship under the Burch brand, is owned and operated by Look Inc. It is designed with a New York town house in mind, and is outfitted in the brand’s trademark orange and pink lacquer and mirrored walls. The store is located around the corner from Coach and across the street from Valentino. The Hermès and Armani flagships are also within a block of the store.

Kleine declined to provide a sales forecast for the flagship but said “the first five days are exceeding plans.” The company is looking to open another freestanding store in the Aoyama district next year and about 30 stores, including freestanding stores and shop-in-shops, in Japan over a three- to five-year period, she said.

The American company inked its deals with Look in Japan and Samsung in Korea last spring. In April, the brand launched in Japan with a pop-up shop on the ground floor of Isetan.

So far, Burch’s customer base in Japan appears to mirror that of her home market.

“I was told by the president of Isetan that our [Japanese] customer is 30 and growing on either end, and that’s basically our customer in the U.S. as well. We definitely are cross-generational,” Burch said, adding the brand is also accommodating a variety of style sensibilities. “We have a downtown customer; we have an uptown customer; we have an older customer and a younger customer, and I think they all interpret it in their own way,” she said. “It’s just the way they put it together. It’s eclecticism.”

Kleine said many of the same products that sell well at home in the U.S. are bestsellers in Asia. “We’re finding similar shopping patterns,” she said.

“Our partners know the right positioning for Tory, because we want it to mirror the position that we have in the States. When Tory launched the company nearly six years ago, she identified a white space in the marketplace that we are identifying in each local area as well. So we know that the pricing has to fit into that space,” Kleine said.

Both Kleine and Burch see great potential for the brand in Japan, even in the context of the economic downturn. Historically, Japanese consumers have been luxury-obsessed, but recently fast-fashion brands such as H&M and Uniqlo are enjoying success here at the expense of many luxury brands.

“I think we’re in a good position because from Day One we’ve been about accessible luxury, and I think price point and delivering the quality that we’re trying to always improve and have is a great thing. I think Japanese women are very savvy when they are buying clothes. They get fashion, and I think they are very careful shoppers, so I think we’re positioned well,” Burch said.

Already there are Tory Burch products that are exclusive to the Asian region or even to a particular store, and this is something Burch is interested in expanding upon. Current exclusives are slightly altered variations of products from the U.S. range, and are mostly limited to handbags and accessories.

“I think that we’ll even do more [exclusives] as we go, and really learn our customer and learn about the business. I’m definitely interested in doing different silhouettes eventually, particularly as our business grows in Asia, and I think that we will be looking into that and having a different fit,” Burch said. “We haven’t done that yet, but it’s something that we’re interested in.”

Burch said she has incorporated inspiration from Japan into past collections, but may go even further in the future. “We’re contemplating doing a collection very much inspired by here, so I’m looking forward to that,” she said, adding such a collection would hit stores in spring 2011.

The company has no plans to pursue any product licenses for the region. “Licensing is something we’re incredibly careful about. We’ve been in business six years now, and we’ve decided to do our first licensing with eyewear, and that was a very long, careful decision,” Burch said.

However, the company is interested in expanding its product range worldwide. “Eventually we want to do fragrance and beauty — that’s something I’m really interested in — and home,” said the designer. “But who knows if we’ll do it on our own or under a nontraditional agreement. But we want to maintain as much control of our brand as we can.”

The company is also aggressively expanding in Europe. “We have a pretty substantial business there now in specialty stores and department stores, and it’s great to be accepted as an American designer there, because you just quite honestly don’t know how your collection will be received,” said Burch.

Kleine revealed they are hoping to open two freestanding stores in Europe over the next year. “Hopefully one of them will be London, and we’re also looking at Rome,” she said.